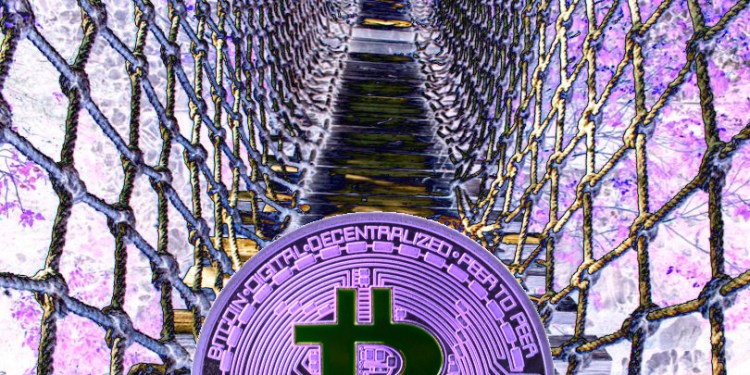 On Thursday, Lebanon’s central bank ordered money transfer services in the country to issue cash in local currency at a “market rate”, according to a circular issued by Banque du Liban, the central bank. As for any foreign hard currency obtained from abroad, it now has to be sold to a new centralized foreign exchange unit where it will be traded.

The measures are an effort to stave off a financial crisis that has already pushed the nation to a breaking point, embroiling Lebanon in social unrest and political protests. The country’s economic unraveling has prompted a Cornell computer science professor and a best-selling author to recommend cryptocurrencies for people living in Lebanon as a means of pushing back against heavy-handed capital controls.

As the Lebanese pound continues a six-month nosedive, losing about half its value, the government is facing an increasing number of people who are seeking out safe haven assets, exchanging the local currency for foreign currencies.

“There has been hesitation by expatriates to send remittances through banks, and so funds were shifted to money transfer operations.”

Nassim Nicholas Taleb, a Lebanese-American former options trader and author of the best-selling book The Black Swan, says people in Lebanon should use Bitcoin and cryptocurrencies as a means to transfer money.

However, the economist doesn’t suggest that Lebanese residents use BTC as a store of value. Says Taleb,

“Bitcoin works for transfers; you bypass the banking system. Harder for daily transactions. And I do not think it is good for storage because it is very volatile.”

Emin Gün Sirer, a Cornell professor and the CEO of the digital asset marketplace AVA Labs, warns that other governments will follow Lebanon’s suit.

“What’s happening in Lebanon (government moving towards freezing all foreign-denominated accounts) is what will happen across many other countries.

Move to cryptocurrencies to avoid a quarantine that ends with a forced, government-mandated ‘haircut’!”

Sirer indicates that gold and silver are risky but that blockchain-based stablecoins backed by physical assets could help people navigate the crisis.

“Digital assets provably backed by physical goods, including precious metals, are awesome. We designed AVA to facilitate their issuance and transfer, among other things.”

Lebanon is facing its worst debt crisis since the country’s 1975-90 civil war.