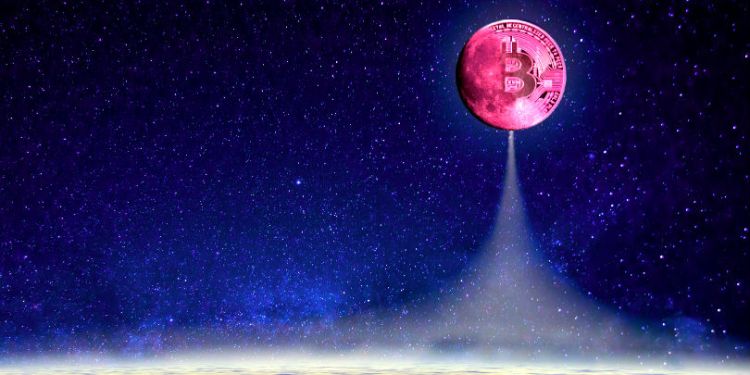 Market analyst and podcaster Preston Pysh says he believes a new long-term Bitcoin bull cycle is coming that will take the leading cryptocurrency far past $100,000.

In a new interview with Heyo co-founder Nathan Latka, Pysh points to Bitcoin’s halving, which is set to execute next month, as the catalyst for a parabolic rally that could bring BTC to $300,000.

And then, if it doesn’t meet its escape velocity, which is a whole other term, which is, in my opinion, completely dependent on all this other macro stuff that we’ve been talking about… then it’s going to come back to that $80,000 to $100,000 mark. And it will stay there until the next four year halving event.”

Pysh says concerns that the halving, which will cut in half the amount of BTC rewarded to miners who power the network, will make it hard for miners to earn a living are overblown. He points to Bitcoin’s difficulty adjustment, which automatically reviews network activity and changes how much computing power is required to process transactions, as the key reason many miners will continue to turn a profit as Bitcoin becomes increasingly scarce.

Jack Dorsey has one thing listed in his bio on twitter.

So here’s the question for people that think BTC won’t work:

What the hell does this guy know about #Bitcoin that you don’t? pic.twitter.com/q6dug8A8Hn

As for his personal investments, Pysh says he owns BTC and is now out of the equities market. He says the push from central banks to ramp up money printing will significantly weaken the US dollar.

He points to billionaire investor Ray Dalio as an example of a leading investor who shares the same views on the future of the global reserve currency. In January, Dalio said “cash is trash” in an interview with CNBC. Dalio argues that a weakening dollar and increasing money supply will decrease its value over time.

However, Dalio is also no fan of Bitcoin, and says BTC in its current form does not pass the bar as a reliable form of money.

“There’s two purposes of money, a medium of exchange and a store hold of wealth, and Bitcoin is not effective in either of those cases now.”