Influential Investor Calls Out Market Manipulation, the US Dollar, the Cantillon Effect and the Bitcoin Factor in Mayday Tweetstorm 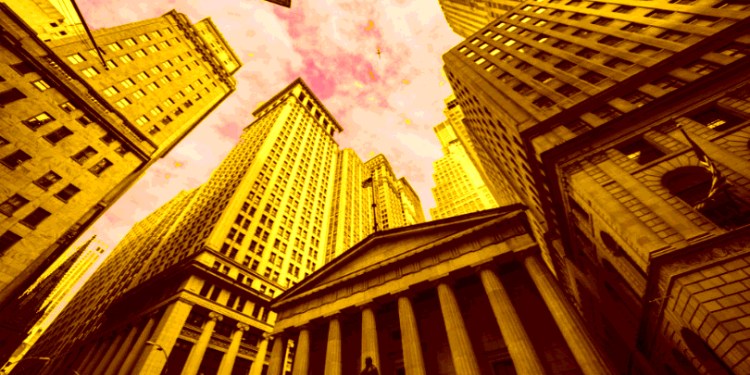 Preston Pysh, co-founder and host of the Investor’s Podcast Network, wants everyone to open their eyes. In a new tweetstorm, the Bitcoin supporter joins a chorus of analysts who are pointing to traditional monetary policy and the massive pandemic-inspired stimulus packages as big balls of thread that are bound to unravel. Through a series of twists, turns and manipulations, Pysh believes governments’ efforts to prop up markets and national currencies could trigger blowback, social unrest, more monetary abuse and more wealth inequality as drastic measures unwittingly reconfigure the global financial system and spur a rush to alternative stores of value, which could give Bitcoin legs.

The West Point and Johns Hopkins University grad, whose videos on investing have reached millions, also references the Cantillon effect, named after Richard Cantillon, the 18th century economist who wrote about the flow of money. The concept suggests that big-money pumps result in uneven price increases and an uneven expansion of money that favors the first people who have access to the new supply. As the markets play out and the money rolls into the economy, central bankers and financial institutions have a leg up. People on Main Street — not so much.

Pysh says investors are currently in the thick of manipulated market conditions.

“Let’s face the facts, you are not participating in free and open markets, so what’s an investor to do? Here are a couple important aspects I think people should consider based on the current environment. First, I think it’s important for people to realize global governments are providing large amounts of stimulus – massive amounts of stimulus. As you can see in this chart, the trend of stimulus has been going strong for more than a decade and it’s not letting up.

In fact, it might even be accelerating. So what does this mean for stocks? Well, to date, it has meant the consolidation of earnings power into the hands of the few. Check out this awesome chart from Lyn Alden.”

“Not only that, but it appears the consolidation is especially advantageous for companies with intangible assets that are difficult for competitors to impair – i.e. Google Adwords, Apple’s strong network effects for applications, Amazon’s AI software which gets smarter with more shoppers and more data, etc.

Throughout this period of time (last 10 years), value investing has been punished. I suspect the speed at which technology is moving is causing many of the competitive advantages of undercapitalized companies to get eroded quicker than historical periods.

On the other hand, momentum investing has been a great strategy throughout this manipulated period of time.”

Pysh points to the Nasdaq, which turned green on April 6th, and to the handful of tech giants – Microsoft, Apple, Amazon, Alphabet and Facebook – driving the “growth” and “sucking the competition into their black hole at an accelerative pace.”

How about Amazon (AMZN)? It was red for only 2 weeks! Google and Facebook have similar characteristics. So what’s my point? My point is, the markets are completely manipulated by global printing. At this point in the long term debt cycle, we are seeing technology eat the world.

Further sustainment of these policies will only accelerate the consolidation we are seeing into these companies. So what do I think about other securities? Well, one of the biggest markets that have been manipulated for decades is the bond market.

Do I think that’ll continue to be the case? Yes, I do. But here’s the problem for that market, I expect it to eventually become completely impaired due to government printing. I think people that invest in this space are truly playing a doctorate level game of finding a greater fool.

I refuse to participate even though I know, the government will continue to bid the prices until the entire duration of yield is 0% globally. Because when this market fails, it’s going to happen quickly, and all at once. If you think you can outpace it, then you are similar to a person who thinks they can build a house at the bottom of a valley that has a dam with severe cracks above it.

Finally, let’s talk about currencies. As the dollar gets stronger and stronger, it only enhances the demand for deeper & more robust government manipulation and debasement (which further intensifies all the things previously mentioned). If you want to understand exactly what’s happening, google ‘Cantillon Effect.’ The USD will continue to have this ‘strengthening’ dynamic until something breaks.

The break will either be complete social unrest (due to the overuse of [quantitative easing] QE and [universal basic income] UBI), or through the natural transition to a different form of money (i.e. Bitcoin, a new gold standard, or some [special drawing rights] SDR that can somehow miraculously impose a peg to domestic fiat).

Even if social unrest happens first, it’ll still result in the need for a new form of pegged currency to fix the situation we are currently experiencing. Based on that, I suspect Bitcoin has the highest probability of succeeding simply because it’s the option none of the governments want, but it’s also the solution they can’t easily stop, and it also poses a huge benefit for the first countries that would adopt it. Effectively, it imposes a ‘Tragedy of the Commons’ situation for nation-state central planners and fiscal appropriators.

I think it’s very important for people to keep an open mind. In 1929 through 1933, the US went through a great depression, but they did so with a pegged currency. This is different. We have no peg (globally too) and we have a trend of bureaucrats recommending intense corporate bailouts, helicopter money for all, and municipality bailouts on the horizon. That’s why I think the range of potential outcomes in the ‘stock market’ is truly something that looks as ludicrous as this chart.

Remember these indexes do not represent the reality of the real economy – and I think everyone knows exactly what I’m talking about. Go through any small town you’ll quickly see the impacts of decades-long inflationary monetary policy and the price deflation it creates.

So based on these manipulated markets, here’s my conclusion:
1. I like Bitcoin (& I like gold until the start of 2021)
2. Bonds totally suck
3. A few stocks will work – most won’t
4. Commodities will be insanely volatile”

Pysh adds that he expects Bitcoin to start biting into gold’s market share in the early part of 2021, with BTC surpassing its previous all-time high of $20,000.