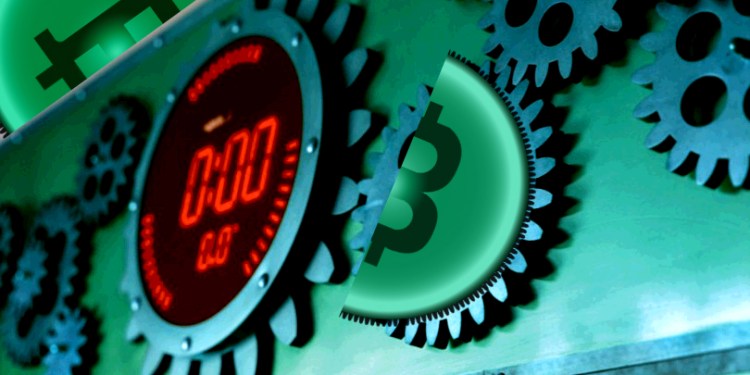 Worldwide searches on Google for the term “Bitcoin halving” are at their highest level in history, eclipsing searches for the term which last peaked in July of 2016.

The Bitcoin block reward halving is now due in 14 days, reducing by half the amount of BTC miners will be rewarded for solving complex computational problems to power and secure network transactions.

This will be Bitcoin’s third halving event. The first event occurred on November 28, 2012, reducing mining rewards to 25 BTC. The second halving on July 9, 2016 reduced mining the reward per block to 12.5 BTC. 2020: The upcoming halving with an estimated date of May 12 will see the block reward for miners fall to 6.25 BTC.

Google Trends shows searches climbing toward an increase of 37% since its all-time high in July of 2016, when Bitcoin was trading around $665. Europe leads with the most searches for “Bitcoin halving” with the Netherlands, Austria, Slovenia and Switzerland making up the top four regions. “Bitcoin 2020 halving” is also a breakout search term.

The volatile asset has grown dramatically and now commands a market cap of over $140 billion. The new halving is drawing attention not only because the Bitcoin network has grown attracting institutional and retail investors alike, but because this halving will coincide with an unprecedented amount of quantitative easing (QE) by central banks that are trying to mitigate the crippling effects of the global pandemic.

As governments act to prop up ailing economies in the wake of the coronavirus outbreak that has claimed over 200,000 lives worldwide, according to Johns Hopkins University, money creation has entered a twilight zone era where trillions of dollars and other local currencies are appearing overnight to prevent markets from crashing further, corporations from filing bankruptcy and local shops from shuttering their doors forever.

The non-stop printing press is shining a light on Bitcoin as an alternative financial system underpinned by a finite supply of 21 million units that cannot be adjusted or manipulated.

Edward Yardeni, head of Yardeni Research, tells CNBC’s Trading Nation, that the markets bottomed out as soon as the Federal Reserve stepped in with their rescue operation.

The effects of perpetual quantitative easing will play out over time as the global economy struggles to make a comeback by resuming normal business activities. With lockdowns still in full swing and the possibility of a V-shaped recovery largely unknown, unemployment is expected to trigger more money printing to stave off a catastrophic depression.

“[QE] effectively pumps billions of dollars into the market, so some investors may be wary that the dollar will lose its value, and are moving back into Bitcoin to hedge against inflation. Cryptoassets have been used in a similar way in other economies plagued by hyperinflation, such as Venezuela and Argentina.

Because the amount of new Bitcoin that comes on to the market decreases over time, it is by design a deflationary asset when compared with a fiat currency like the US dollar. In theory the value per Bitcoin should increase over time.”

Despite the halving, however, crypto analyst Tone Vays predicts that Bitcoin may hit a ceiling around $8,500-$9,000 after the May 12th event as people hold onto cash in favor of a risky crypto asset, waiting for the economy to show a clear path toward a sustained recovery.