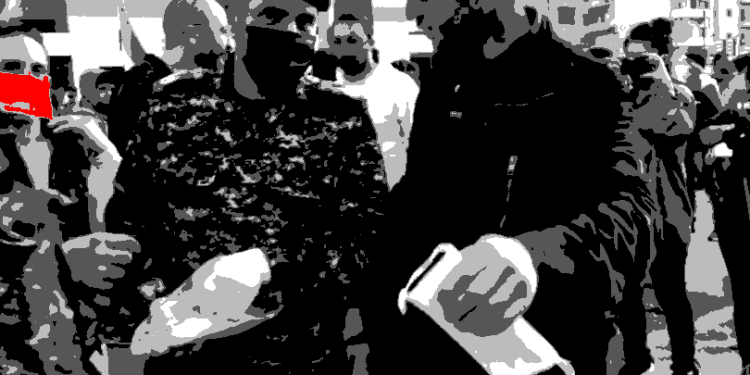 For the past six months, banks in Lebanon have imposed severe capital controls on their customers amidst a currency collapse, limiting withdrawals of the Lebanese pound and prohibiting withdrawals in foreign currencies. But efforts to stop the country’s unprecedented financial crisis turned violent on Monday and Tuesday with protesters targeting and torching banks.

According to a report by Al Jazeera, troops using a mix of tear gas and live fire – “shooting in the air” – to combat thousands of demonstrators across Lebanon left dozens injured and one man dead.

The Lebanese pound, at its lowest levels against the US dollar, is on a rapid plunge and has lost 50% of its value since October, decimating salaries and wages, and wiping out savings for millions of people. Despite Covid-19 lockdowns, anger and desperation have driven people to the streets to demand relief from the government and some reprieve from the poverty inflicting dire living conditions and lost hope.

The anti-establishment protests that began last fall have flared up in Northern Tripoli, Lebanon’s second largest city, where soldiers are among the wounded after Molotov cocktails were tossed in Al-Nour square. Protesters also reportedly chanted “Molotov, Molotov, instead of a candle, Molotov,” outside a local branch of the Central Bank in southern Sidon, and have attempted to torch at least five banks in the past two days in Beirut as well as other locations.

Last month Lebanon defaulted on its foreign currency debt and did not repay a $1.2 billion Eurobond for the first time, deepening the country’s liquidity crisis.

While millions of people face hunger and the threat of starvation without a safety net in place, politicians in Lebanon were unable to approve a rescue package proposed in early April to provide money for food and basic needs.

According to protester Abdelaziz Sarkousi, 47,

“What you’re seeing is a result of accumulated problems. We had a revolution, people were suffering, then came corona and people were locked in their homes for a month and a half without the state securing food and drink or anything for them. Now we have reached a state where unfortunately you cannot control people anymore. People are hungry.”

And food prices are skyrocketing.

The fight for survival has eclipsed concerns about social distancing in the battle against coronavirus with protests preventing medical teams from conducting tests across the country.