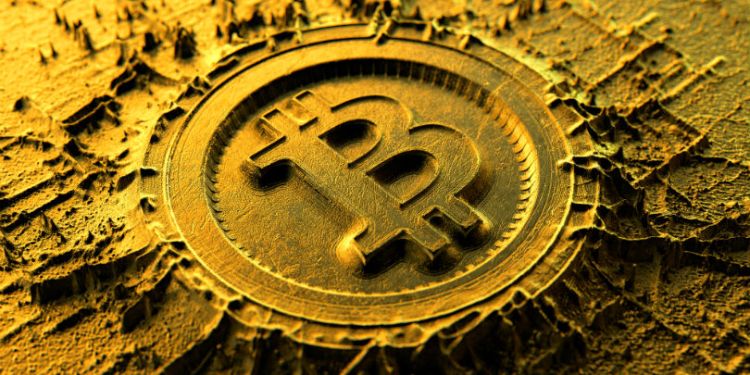 Crypto analyst Nicholas Merten says he believes Bitcoin is poised for another major move to the upside.

In a new episode of DataDash, Merten uses the weekly chart of the BTC/USD pair to mark key trendlines and get a picture of where the price is likely headed in the short term. The crypto strategist says that the leading currency will likely continue printing green candles in the weeks ahead.

Merten expects Bitcoin to maintain its bullish momentum and trend toward $9,000, as BTC continues to form a giant wedge that dates back to the second half of 2017.

But the strategist points out that Bitcoin’s signature volatility is going nowhere.

“It’s likely that as we go into the halving event, sure we are going to see an increase in volatility. It’s an important point to keep in mind.

We are going to definitely see a lot of jitter, but I think we’re going to continue this trend up here, and it’s going to pick up momentum as we go into the halving event to where we’re going to probably be up into around the $9,000 range, if not the upper $8,000 range.”

Bitcoin is trading at $7,846 at time of publishing.

After the halving, Merten believes Bitcoin will give up some of its gains in the short term, but continue to maintain its bullish steam in the bigger picture.

“It’s going to be very interesting times and then after that, I do believe we can have a pullback back to about where we are right now between $7,000, the upper $7,000 into the lower $7,000 range. I think that’s where we’re going to come to pull back, set a higher low, eventually continue to retest this line of resistance, and signal the price wants higher levels. That’s the key thing that we’re going to be looking for. Of course, this is over the course of a couple of months.”

Although he’s careful to point out that anything can happen in the current global economic climate and that BTC has proved many traders wrong in the past, Merten says Bitcoin’s historical logarithmic growth curves, significant lows and significant resistance suggest BTC is gearing up for a new cycle to around $100,000.