Bitcoin’s Halving: Are the Stars Aligning for the Next BTC Bull Run?

by George McDonaugh
in HodlX 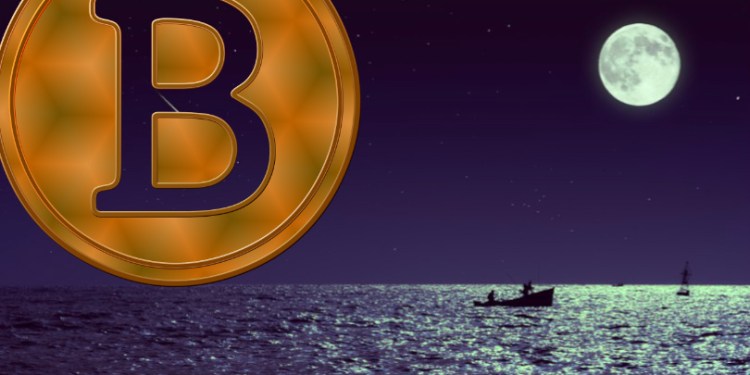 Could it ever be a good thing to have your salary cut in half? Ask a Bitcoin miner and your answer might well be a resounding ‘yes’.

The spotlight is on Bitcoin once again as people, traders and investors look to see how the asset will be perceived and move in the coming months during this global health crisis. Every four years the amount of Bitcoin that’s rewarded to miners is automatically halved. Satoshi Nakamoto baked this into the very heart of the protocol, starting at 50 Bitcoins per block for the first 210,000 blocks. However, having passed through two halving events, the reward is down to 12.5 Bitcoins per block and in a few days time, around the middle of May, the Bitcoin reward will halve again to 6.25 Bitcoins per block.

This means Bitcoin miners are literally about to have their income slashed by 50%.

On the face of it, this looks bad for Bitcoin. Less money flowing through the system potentially means fewer miners can stay afloat, and that means less hash power securing the system. But Satoshi was brilliant in understanding that, while less Bitcoin was going into the hands of the miners, Bitcoin would also become more scarce. If there’s less Bitcoin as an available asset on the market to satisfy the demand, the price of Bitcoin will go up, potentially offsetting the reduction in rewards.

So far, it has all gone to plan. As with each of the two previous halving events, the price of Bitcoin has risen significantly after the initial shock to the market subsided. At the first halving the price went from $11 to over $1,100 a coin a year later. Then in 2016, Bitcoin went from $600 to over $20,000 by the end of 2017. Is it the only catalyst that pushes the price in this direction? Certainly not, but is it a major factor? The rules of supply and demand would suggest it is.

It is also important to consider the psychological factors at play here. Miners know the halving is coming, so they can squirrel away funds to help them survive through meager times, only to re-emerge into the promised land of the $100,000 per Bitcoin price level only one or two years later. Then there’s the expectations of the wider market itself. Could the halving be a self-fulfilling prophecy prompting everyone to pile in, expecting the giddy heights of six digits? Narratives in the world of blockchain act like the Force in Star Wars – they mysteriously move and shape the market, and in terms of the halving, the Force is strong with this one.

There are those, however. who suggest the event is ‘priced in’ as it’s known so far in advance and the market can prepare for it, as if the market were akin to some kind of well-organized military parade. Let’s not give the market more respect than it’s due, especially considering that some of the coins propping up the top 10 list should have disappeared long ago. They shall stay nameless here, but there are at least three coins that I’d say were either simply clones of other people’s hard work, entirely centralized or hailed from such fraudulent beginnings that they should be consigned to far lower rungs on the index ladder. Further, even if the market were perfectly in sync with future events, it says nothing about Bitcoin’s ability to still appreciate in value, lest we forget how early we still are in terms of adoption.

What is different about the market this time around, however, is the ability to short the asset on new institutional grade exchanges that have far greater liquidity available than ever before. This could provide a counterbalance to the frothy heights of a bull run getting carried away with itself and potentially reduce the possible peaks where miners would be looking to offload reserves to keep the lights on. However, in terms of actual supply and demand, a robust derivatives market does nothing to affect this. If there are more people entering the market, the price will still go up.

So, in the short term you couldn’t be blamed for getting a little excited about what’s to come. Many will be keeping their eyes firmly on the charts as we approach three to six months after the halving. Will we see a third parabolic rise in price? It’s almost as if the Bitcoin protocol knows it has to find a higher price floor in order to keep supplying its miners with expensive enough Bitcoin to keep the lights on and continue keeping Bitcoin secure. But this does beg the question, what if it doesn’t?

Could the halving mechanism be the protocol’s Achilles heel? Certainly there are many in the “inflationary protocol” camp who believe that in order to have a thriving mining community the protocol should reward miners indefinitely without halving the supply every four years. Alas, to know which camp is correct will take decades to play out. So for now it will be swept under the carpet and, instead, everyone will simply start placing their bets on Bitcoin’s next move.

Have you placed yours?

This communication is for informational purposes only and should not be viewed as any form of recommendation as to a particular course of action or as investment advice. It is not intended as an offer or solicitation for the purchase or sale of any financial instrument, in particular KR1 shares, or as an official confirmation of any transaction. Opinions, estimates and assumptions expressed herein are made as of the date of this communication and are subject to change without notice. This communication has been prepared based upon information, including market prices, data and other information, believed to be reliable; however, KR1 does not warrant its completeness or accuracy. All market prices and market data contained in or attached to this communication are indicative and subject to change without notice.

George has been involved in the industry since 2011 and is also a founding member of the Multichain Asset Managers Association that represents ecosystem players interested in working towards a new vision for asset management using blockchain technology. George is a regular speaker and advocate for the use of blockchain technology to traditional investors and institutions.

KR1 has been a notable first investor in many key projects that will power the decentralized platforms and protocols that form the emerging Web3 infrastructure. KR1 has been a publicly listed investment company on the London-based NEX exchange since early 2016.