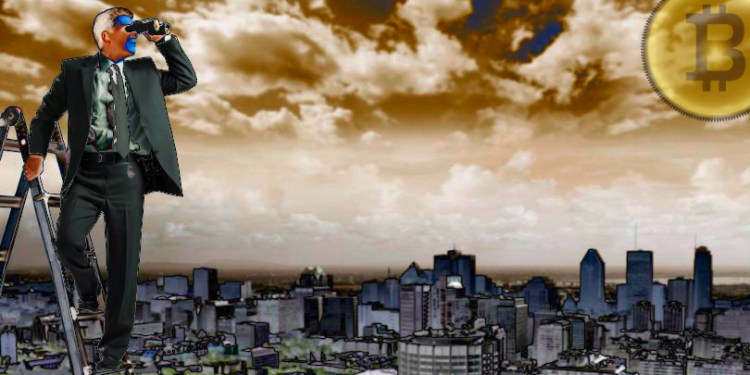 Amid a sea of optimism in the Bitcoin space, in part due to the recent revelation that hedge fund manager Paul Tudor Jones owns BTC, macro trader Raoul Pal reiterated his projections of a $10 trillion asset while investors are increasingly looking at Bitcoin as a valid investment vehicle.

In a recent appearance on the Keiser Report – publicized two days after the Bitcoin halving – Pal spoke about how a transition period for Bitcoin would signal the world’s hedge funds to buy the asset to stay competitive.

Bitcoin has yet to become meaningful

Despite moving into the mainstream consciousness during the 2017 bull run, Bitcoin has yet to become meaningful to people, according to Pal. With its current market cap of roughly $175 billion, Bitcoin can be compared to an average US company.

“For me, if it is the future of the financial system, that’s the size of a company like Bed, Bath and Beyond or something.”

However, Pal believes that once Bitcoin transitions from a niche investment to an asset class, things will change. Responding to Keiser about the possibility of Bitcoin increasing 30-fold, as suggested by Paul Tudor Jones, Raoul remarked,

“I think that its valuation over time, if it becomes the ecosystem we believe it will be – and it will take the whole ecosystem with it, I think – then yes, a $10 trillion number is easily achievable within that process. That takes it from being a niche to an asset, and once it’s a full asset class, it becomes investable for others.”

Pal also suggests that “the people who don’t participate in it are all eyeing it saying ‘do I need to do something or not’ and the only arbiter of that is the price.”

“The market is basically short all the way up and scrambles to get in – so that’s very interesting. That’s why I’m interested in this halving period – to see over the next 18 months how much capital this brings into the marketplace. And I think it’s going to surprise many people.”

On May 8th, American investor Paul Tudor Jones got into Bitcoin with his Tudor BVI fund, allocating somewhere around 2% of his portfolio to the burgeoning asset. Pal believes that Jones could end up convincing other big players, including his fellow billionaire friend Stanley Druckenmiller, to buy into Bitcoin.

“If it (Bitcoin) does generate alpha, they’re not gonna have a choice.”

“Now all of a sudden even [Paul Tudor Jones] is looking at Bitcoin and the reason is because we are in this massive deflationary cycle. I still struggle to find anything that is as uncorrelated to anything and to everything else than Bitcoin.”

The billionaire venture capitalist also criticized the Federal Reserve’s actions which, in his view, only serve to exacerbate the deflationary trend caused by technology companies that have “literally been training billions of consumers to not really spend money.”

Will Ray Dalio enter the fray?

Interestingly enough, hedge fund billionaire and founder of Bridgewater Associates, Ray Dalio, has yet to enter the Bitcoin landscape, despite his famous “cash is trash” slogan. Earlier in April, the legendary investor said that he believes most currencies will prove to be a losing bet in this new era characterized by the coronavirus outbreak.

“I believe that increasingly there will be questions by bondholders who are receiving negative real and nominal interest rates – while there is a lot of printing of money – about whether the debt assets they are holding are good storeholds of wealth. I believe that cash, which is non-interest-bearing money, will not be the safest asset to hold.”

Interestingly enough, Dalio and Pal echo a similar sentiment when it comes to comparing the current crisis with the 1930s depression. Dalio has defended his skepticism towards cash by pointing towards historical precedent to which Pal also subscribes.

When one puts all the pieces together, there is a very real sense that hedge funds are wising up to the fact that Bitcoin might soon become an inevitable part of their portfolio – though admittedly, not at the same time.