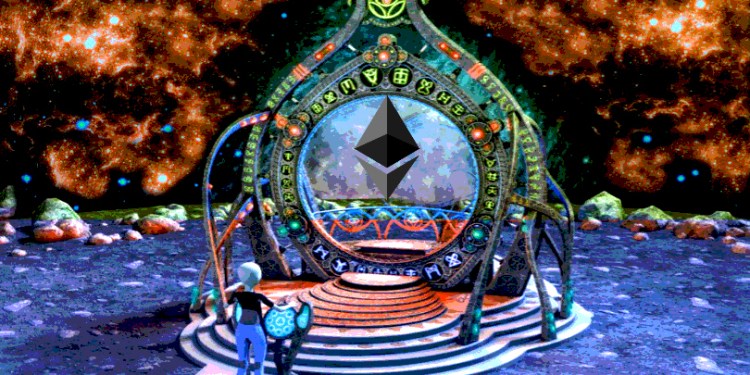 The launch of Ethereum may be delayed again as the developers scheduled the upgrade of the proof-of-stake algorithm for the month of June, 2020. Taking into account all of the factors surrounding the highly anticipated launch, the statements made by the development team can be construed as an almost official promise.

Though the statements may sound optimistic to most part of the crypto community, the fact remains that the update is still not in sight. The main reasons for the note of caution are the presence of multiple bugs in the system and the fact that competitors are striving to outpace Ethereum in being the first on the market to have proof-of-stake successfully implemented.

What’s taking them so long?

The incessant hunt for code bugs is the main reason for the postponement of the Ethereum 2.0 launch that had initially been slated for January of 2020. It is true that finding and eliminating bugs is a laborious task, and such routines as security audits, fuzzing, detecting and fixing bugs can take months and never come to an end, as the code itself is an infinite stream that can never be perfected.

Since it is the clients who are responsible for storing the data of the blockchain and validating blocks, it is important that they be fully synchronized. Seven individual clients are currently under development for Ethereum 2.0 and most of them are working on optimizations for the Schlesi test network, which is the first Ethereum 2.0 multi-client test network that simulates the core network environment.

The Schlesi test network of Ethereum 2.0 was successful enough to give hope for a more formal test network with several clients in June based on the 0.12 specification. Most of the work the team is currently conducting is devoted to correcting errors in the code and improving the methods for their detection. Mehdi Zerouali of Sigma Prime reported significant progress in developing “fuzzy” methods that feed fictitious data into the program for finding flaws.

But if one delves deeper into the core reasons for the bugs, it becomes evident that the Ethereum 2.0 multi-user paradigm is the main reason for the delays.

The so-called “first specification” approach was adopted by the development team to create the basis on which each client will be able to work. Needless to say, the amount of work involved was colossal, as the approach foresees first the completion of the entire draft of the protocol, followed by the implementation process itself. This “multi-client paradigm” is causing the delays, as human resources are evidently insufficient to ensure optimal development.

But having multiple clients is critical to maintaining a high level of network security, and the development team is certainly not going to compromise security for optimal launch timing. Even if that means breaking a few promises and postponing launch.

In an effort to speed up the polishing of the system, the bug bounty program has been running for some time and offers hunters anywhere from $500 to $10,000 for critical errors capable of breaking the chain. The bounty program is taking place in parallel with the audit of the Phase 0 specification, which is being conducted to make sure the network can pass to the next stage of its development in preparation for launch.

Apart from the bugs and the bug searches, there are management problems as well that are pushing the launch date further due to human factors.

The Ethereum blockchain may seem like a single whole, but it is, in fact, run by several development and administration teams. Some of these teams are part of independent organizations, and, as can be derived from such a hierarchical structure, making all these teams work in synchrony and in a timely fashion is a daunting task.

To shed some light on the way the entire network operates, it is necessary to understand that some teams work on sharding and are dubbed clients. Other teams are engaged in conducting security audits, while others are working on the Ethereum 2.0 network itself. An experienced manager would say that such an approach of labor distribution would allow for efficient delegation, but would note that it also complicates systematic development on a larger scale, throwing smaller tasks to the background.

The more people get involved in the development of the platform, the more organizations are needed, and the more software is dumped into the main operating pool. With technical scalability must come social scalability under proper management to ensure smooth and streamlined operations.

“We don’t have enough people to actually help us out on these things,” stated Jameson Hudson, Ethereum developer.

Given the above-mentioned challenges, it is vital for the testnet to remain fully operational for at least two months to be eligible for official launch. Currently, two clients are working on the Schlesi network – Lighthouse from Sigma Prime and Prysm from Prysmatic Labs. The Teku and Nimbus clients also synchronized with Schlesi and will soon launch their validators on the test network.

While the developers of Ethereum are fixing the bugs, the prize for the first running proof-of-stake consensus may well be grabbed by their competitors.

There are several prominent projects inching closer to the finish line – Harmony, Tezos, EOS, Cosmos, Algorand and Qtum, all with viable and operational products.

Tezos is running a staking program under the “Liquid Proof-of-Stake” algorithm, which is a hybrid between PoS and delegated proof-of-stake, dubbed DPoS. The validation of blocks in the Tezos network is known as “baking” and anyone holding Tezos XTZ tokens can delegate them to other validators for “baking” on their behalf with 8,000 tokens needed as a minimum “roll” for operating a node. Return rates are now at 7%.

Algorand is running their “pure proof-of-stake”, which uses a “secret self-selection” system to choose randomly selected committees of stakeholders for validating blocks. All Algo token holders are rewarded for simply holding tokens. As such, there is no minimum stake for earning rewards and the current rate of return is around 5%.

Qtum also runs on a pure PoS consensus and anyone with Qtum tokens can become a validator and compete for rewards. Staking on Qtum provides around 7% per year returns and there is no minimum stake. However, holding more tokens increases the chances of being selected for validating and processing transactions on the network.

Similarly, the Harmony project recently launched its staking, thus becoming the first sharded PoS blockchain that managed to implement two technologies simultaneously. Harmony is a fast and open blockchain for decentralized applications. Its protocol has achieved secure and random state sharding. Harmony’s mainnet supports hundreds of nodes in multiple shards, producing blocks in a few seconds with instant finality. The network’s staking mechanism reduces centralization while supporting stake delegation, reward compounding and double-sign slashing. The stakers of Harmony can expect to earn from 45% to 15% in the first year.

Transactions on Harmony settle in eight seconds, considerably outstripping the waiting times of the Ethereum network. Transaction costs on Harmony also hover around as little as $0.000001. Sharding allows Harmony to achieve such results without sacrificing decentralization, as the network consists of over 320 public nodes and the project plans to increase the number to 1,000 and beyond by the end of the year.

With new solutions rapidly emerging in the blockchain market, Ethereum still remains the pioneer and the main contributor to the development of sharding and staking technologies.

Given the hundreds of thousands of transactions made on the network every day, the postponement of the launch of such an important upgrade as Ethereum 2.0 may be the lesser of evils, aimed at making blockchain use smooth and secure for tens of thousands of users around the world.

Meanwhile, 2020 may become a decisive year for the deployment and further development of PoS blockchains and scalability solutions.