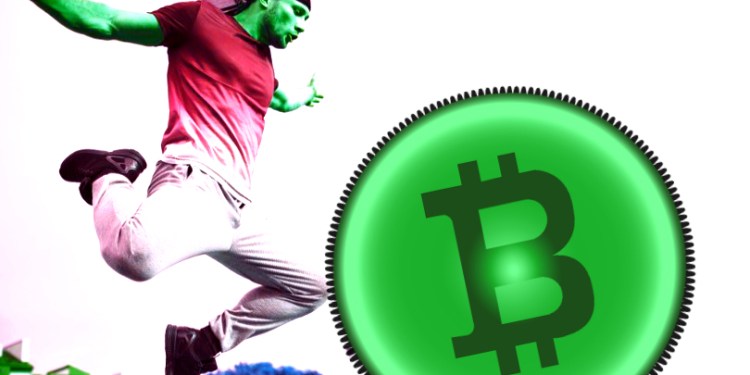 Jeff Booth, the author of “The Price of Tomorrow: Why Deflation is the Key to an Abundant Future”, unravels the complex monetary policies used by central banks that are keeping economies in a spiral of inescapable debt and decline.

Booth, who has called “inequality, polarization, and uprisings” predictable second and third-order effects of technology, argues that the search for sound money, amidst the financial decay and debt fueling a broken system, is driving the case for Bitcoin.

“We are told we need inflation. This is not true. It only seems true because the rules of the game were designed that way.

An inflationary environment that was manufactured by central banks – and once they were caught in it, they didn’t see a way out. So, instead of facing new facts – That technology brings efficiency and allows prices to fall – they ‘doubled down’ on inflation.

We are now part in a system that requires ever more inflation, jobs and higher taxes to pay for a ‘black hole’ of debt that can never be paid back. Unable to reach escape velocity from the ‘debt gravity’ central banks actually fuel the thing they fear most. ‘deflation’

Debt itself is deflationary because of taxes that need to go up in the future to pay for demand that was pulled forward through debt. And higher taxes – means less jobs. The following is a snapshot of what is happening.”

While technology advances and takes jobs anyways > leading to extreme political views > leading to divisive leaders > with cycle repeating until currency crisis’s, revolutions and wars with 99% of the people blissfully unaware of what caused it all in the first place.

A structural change where an inflationary monetary policy cannot work because the technology today is so powerful in bringing down prices. – and it has only just started – most of the deflation is in front of us.

So we are all caught in a system where we cannot see why deflation might be a fantastic thing. Deflation = value of your money going up in relation to goods and services. And doesn’t that mean that we could step off the insanity of a broken system.

We might see things that we couldn’t see before. For instance, because prices are designed to always go up through inflation (and are manipulated to do so) many spend most of their time trying to consolidate enough money or things so they can ‘safely’ retire or work less.

Caught in a believable lie – and on a treadmill that is designed to move ever faster > making it harder to keep up > robbing them of what is more valuable – their time. We might design differently – we just might design for deflation and celebrate it because it means we are getting more for less.

Then we could accept the natural benefits of advancing technological progress > and the benefits of technology would be more distributed widely > i.e. – if technologies destroyed more jobs than were gained > prices would fall along that natural path = less people left out.

Governments would need to agree on a common unit of value for currencies (that could not be manipulated) > which would lead to debt restructuring and losses as the current system cleanses the excesses > which would cause a global depression.

As a warped framework of growth for the sake of growth and manipulated markets is exposed. Different winners/different losers. (The reason policy makers keep changing rules to pretend they’re still in control, and use their currencies as weapons to gain an advantage in trade).

The changing of the rules and an understanding of why sound money is critical for society is what is driving Bitcoin adoption. It is early still but people are starting to wake up to the fact that their currencies are rigged – and will eventually break.

In the end, Deflation is inevitable – The only question is: does society need to go through currency crisis’s revolutions and wars to see it. I hope not but time is running out.”