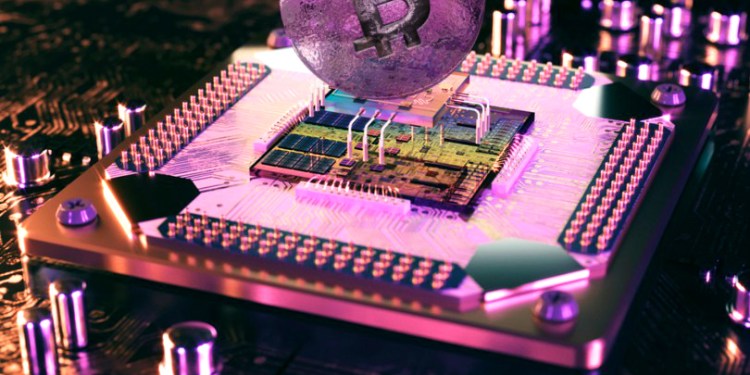 Industrial powerhouse Honeywell says its latest quantum computer is now the fastest in the world. How quickly real-world applications will develop or how swiftly they’ll be able to impact industries or affect cryptographic systems such as Bitcoin is the subject of rigorous debate.

In an announcement on Thursday, Honeywell says its team of scientists, engineers and technicians has delivered a quantum volume of 64. The metric measures both the total number of the computer’s qubits and how well it handles them. IBM’s machine scored a 32, suggesting Honeywell’s quantum computer is twice as fast.

“Think of an auditorium with a lot of seats. We’ve built the infrastructure to be an auditorium. We’re filling it a few seats at a time.”

Quantum computing is capable of solving complex problems since qubits can maintain a “superposition” by being in two states at the same time.

“That means that when you have these qubits interacting with each other in a computation, you get, what I call, a quantum superpower. You get an exponential expansion in the number of values that can all be considered at the same time.”

Honeywell has partnered with Microsoft’s Azure Quantum to bring quantum computing directly to a variety of companies to solve real-world problems.

Appearing on CNBC in March, Darius Adamczyk, Honeywell CEO said JPMorgan, the largest bank in the US, is one of its quantum computing division’s flagship customers.

“There’s really various [applications]. Anything in material science, route optimization, financial software — which is what JPMorgan is going to be using it for — anything that really overwhelms a classic computer is a perfect application for a quantum computer given the computing power that’s available.”

Adamczyk says the possibilities are endless.

“We’ve been focused on those real business problems for which quantum computing has the potential to completely transform, completely disrupt that business.”

The race for quantum supremacy has a growing list of competitors that includes Google and IBM. Startup PsiQuantum Corp is working on photon-based commercial quantum computer that is promising 1 million qubits.

While technicians expect quantum computing to transform and impact nearly every industry, including cryptographically secure systems like Bitcoin and other blockchains, more qubits are required.

Dragos Ilie, a quantum computing and encryption researcher at Imperial College London, argues that adding more and more qubits to scale a system is tricky and may ultimately lead to a destabilized system.

In order to have any effect on bitcoin or most other financial systems, it would take at least about 1500 qubits and the system must allow for the entanglement of all of them…”

While crypto industry leaders such as Charles Hayter, the chief executive of CryptoCompare, highlights the programmability of cryptocurrencies as a fundamental property that will allow blockchain-based platforms to adapt to the age of quantum computing, a report released in April by Global Risk Institute, argues that the quantum risk to cryptographic systems will require ongoing assessment based on the latest developments and new algorithms.

“Estimating the strength of current cryptographic schemes against realistic quantum attacks is a moving target that depends on a variety of parameters, such as fault-tolerant quantum error correction, circuit optimization and compilation, novel cryptanalysis results, improved quantum algorithms etc. Monitoring all those (future) advances is therefore of paramount importance and stresses the importance of preparing for migration to quantum-resistant cryptographic systems.”