State of the Stake – An Overview of the Most Staked Cryptocurrencies 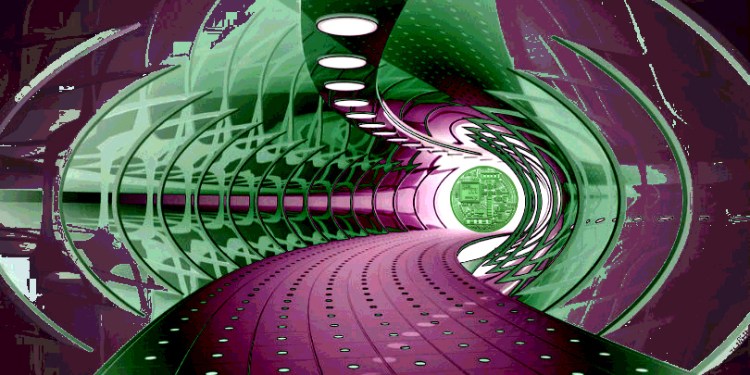 Cryptocurrency staking is one of the hottest topics in the blockchain space to date. This is because proof of stake (PoS) can provide a superior way to reach network consensus compared to proof of work (PoW).

On PoS-networks, block confirmation times are typically much faster, due to the avoidance of block collisions and unintended forks (“stale blocks”). On top of that, PoS does not rely on energy consumptive mining, thus lowering the impact of cryptocurrencies on the environment.

The analysis platform stakingrewards.com reports data about various staking opportunities, such as their market cap and the percentage of staked coins versus unstaked ones. This makes it possible to determine how much money is locked up in staking contracts. In this article, we will take a look at all cryptocurrencies with over $100 million staked at time of writing.

Tezos has been funded by an initial coin offering that raised $232 million in 2017 and launched its network the year after. The network uses a liquid proof of stake variant, which allows the holders of their native network token (XTZ) to delegate the staking of their tokens to other nodes without having to rely on the semi-centralized delegated proof-of-stake consensus.

Tezos has managed to gain significant interest over the last months. This shows itself in the XTC price, which has almost doubled since the beginning of 2020.

EOS is a bit of an odd child within the blockchain space. Its vision was to make smart contracts easily understandable by human readers, through the introduction of Ricardian contracts.

EOS uses the delegated proof-of-stake (dPoS) consensus, under which EOS token holders elect a set of 21 delegated block producers and receive a share of the rewards the block producers earn. Besides their consensus model, interactions on the EOS blockchain are governed by a “constitution”, which would eventually allow the formation of a decentralized jurisdiction.

While this is a highly ambitious undertaking, there have been some problems with this governance model. While the governance rules for the constitution are somewhat unclear, relying on active compliance by the delegates, it actively encourages the reversibility of (fraudulent) transactions. For some, this is a moot point, as it violates the immutability of blockchains.

The EOS token has seen some wild price swings, but generally, the interest in EOS has died down a bit in the last months.

Cosmos is a network of interoperable parallel blockchains, each powered by the Tendermint BFT consensus mechanism. This allows many possible consensus models for the various parallel chains, which can be either consortium chains with a fixed set of validators, or fully public blockchains with an open PoS consensus.

Due to running multiple parallel chains, Cosmos achieves a high scalability with block confirmation times as low as one second. Additionally, Cosmos is interoperable with non-Tendermint chains such as Bitcoin or Ethereum.

Their native ATOM tokens have seen a price hike in late 2019, but suffered heavily from the market drop in mid March. Recovery has been somewhat slow since then.

TRON is undoubtedly the most controversial cryptocurrency on this list. Its founder and CEO is the infamous Justin Sun, who is known for aggressively promoting his blockchain project. Like EOS, TRON is often criticized for its semi-centralized dPoS approach.

However, besides a lot of critics, Sun also has an avid and loyal fanbase. Additionally, his recent acquisitions of BitTorrent and Steemit brought two highly valuable new members into the TRON ecosystem.

The token has seen some price swings in its history, but has been relatively stable since October 2019, trading in a corridor between $0.013 and $0.020, with a small price hike in February.

Launched in 2015, NEM (short for New Economy Movement) is one of the oldest cryptocurrencies that enabled staking. Under their “proof of importance” consensus model, block rewards are weighted not only by the total number of coins staked, but also by the time the coins have been held on each wallet (vesting) and the number and size of transactions in the past 30 days.

With over 4,000 transactions per second, NEM already has an impressive scalability. This will be further enhanced with their planned chain split into the already existing NEM NIS1 blockchain and a second blockchain called Symbol.

During the market crash in mid March, NEM’s native XEM tokens have performed significantly better than most other cryptocurrencies, including Bitcoin, but has somewhat lost ground, as the market recovered, returning to a price corridor between $0.032 and $0.050.

Algorand is a highly scalable blockchain based on “pure proof of stake” consensus. This means that all of its ALGO tokens are available for staking, without requiring them to be locked up in a smart contract or delegated to a block producer. All ALGO funds sent to the official Algorand wallet are staked instantly and automatically, earning block rewards in real time.

Since its mainnet launch in 2019, there has been a steady ongoing development on the network. The Algorand 2.0 network upgrade brought new features to the blockchain, such as standardized assets, atomic transfers and smart contracts at layer one. Earlier this year, another upgrade was announced that will add multi-chain capabilities.

The ALGO token has been remarkably stable, trading in a price corridor between $0.20 and $0.28 for most of its time since October 2019. There was a small and short-lived hike that sent ALGO to prices of up to $0.48 in February. After the mid-March crash, ALGO quickly returned to its usual price corridor.

An honorary mention goes out to Decred, not quite hitting the $100 million mark, but falling just short of that. Forked from Bitcoin’s codebase in 2016, Decred features a hybrid consensus model, with 60% of the rewards being distributed to PoW block producers and 30% to PoS governance voters.

After having seen some wild swings in 2017 and 2018, Decred seems to have lost most of its interest after the last major price hike in June 2018. The prices for DCR tokens have been in an almost constant decline since then.

Speaking about honorary mentions, Ethereum should definitely not be left out of this list. With their 2.0 network upgrade, the second largest cryptocurrency by market cap plans the transition to a multi-chain PoS network, in a process that will last for at least two years to come.

An analysis of Ethereum addresses has shown that there are now over 100.000 addresses that hold the minimum requirement of 32 ETH for staking. This means that potentially hundreds of millions can be instantly locked up for staking once the Ethereum 2.0 beacon chain goes live later this year. By the time the transition to “two-point-oh” is complete, Ethereum is poised to top the list of most staked cryptocurrencies by a multitude.

Edda Viktor
E.V. is an independent writer and research analyst with his eyes set on blockchain. Prior to this, Viktor worked in the downstream oil and gas sector as a data analyst, where he led the growth of a research department. These days, Viktor is a seasoned investor who trades stocks, commodities and crypto.