Have Decentralized Payment Systems Finally Managed to Compete With Visa and Mastercard? 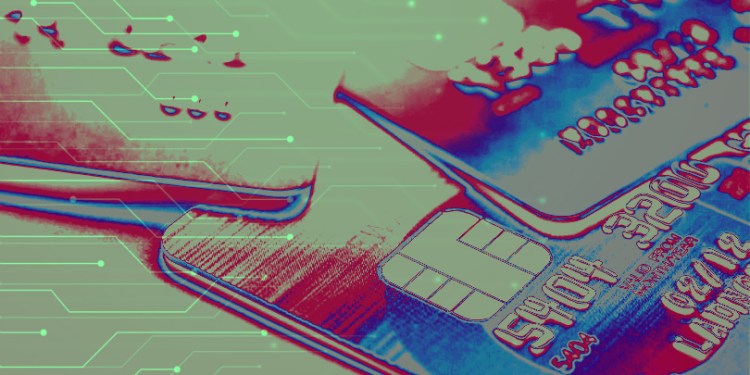 It is no secret to anyone even vaguely familiar with the IT sector and the ever-evolving blockchain industry that the latter rose to prominence and capitalization on a slew of promises. Various blockchain projects of every degree strove to offer their own applications for the technology in every industry imaginable. From logistics and tracking the movements of pets on walks to medical services and voting – every aspect of human civilization was being “blockchainized” – for the greater good of mankind.

However, the biggest domain of the promises was the financial realm, where blockchain had the greatest advantages in terms of throughput, relatively low fees, and transaction speeds. The competitors in the ring were the mainstays of the financial transactions market – Visa and Mastercard. Neither side would relent their position in the fight for becoming the next-gen infrastructure for global financial operations. And the fight is now entering its next round. So it is time to place the bets again.

The fight for the title of the financial heavyweight was announced back in 2017, when during a speech at TechCrunch Disrupt, an Ethereum co-founder said that in two years, nothing would be able to stop blockchain technologies from breaking straight into the financial business and routing out payment systems such as Visa and Mastercard. He had also noted during the speech that despite the hype surrounding blockchain, most modern applications using the technology had not yet been developed well enough to be applied on a massive scale. However, he was hopeful that in a couple of years, or even earlier, blockchain technologies, such as the vaunted Ethereum, would become developed enough to be able to compete on even grounds and even oust traditional solutions worldwide.

In 2018, Pavel Durov came out with the Telegram Open Network project and criticized the Ethereum blockchain and Bitcoin for their inability, in his opinion, to adequately compete with Visa and Mastercard.

“Existing blockchain networks – Bitcoin and Ether – play an important role in the ecosystem, but they are unable to replace Visa or Mastercard. In their current configuration, they are limited to a maximum of 7 transactions per second for Bitcoin and 15 transactions per second for Ether, which is fraught with low processing speed and high transaction costs. By combining minimum transaction times with maximum security, TON can become an alternative to Visa and Mastercard for a new decentralized economy.”

Durov then openly declared that the now ill-fated TON project would undoubtedly shove the giants off their cozy pedestals of dominance. However, recent news has laid those brave claims to rest in a lavish crypt in the blockchain cemetery.

Despite thunderous claims and great promises, neither Ethereum, nor TON, nor any other blockchain project was ever able to advance in their competition with established global payment systems. Ethereum is undergoing lengthy testing in preparation for delayed updates; Pavel Durov shut down the TON project after the SEC’s fateful decision; and many other names have simply faded in the annals of blockchain history. Ironically, in 2019, Bank of America spoke about the futility of blockchain technologies while at the same time outstripping all of its rivals in the number of patents for decentralized solutions.

The reasons for the failure of Ethereum and TON projects are rooted in different planes, but their downfall does not mean that all blockchain technologies are impractical in the financial sector. The mere notion of replacing such giants as Visa and Mastercard alone requires the deployment of a full-fledged and operational infrastructure.

While Ethereum is polishing its code and preparing for the launch of the PoS algorithm, and Bitcoin is languishing in its own broth, the Dash project, as a fork of BTC, worked on the flaws of the technology and its applications. The criticism and the conclusions derived by numerous specialists were taken into account in the Dash project as it crept to building something truly operable.

Dash leading the race to dethroning Visa and Mastercard

Despite the fact that most of the boastful claims about payment systems based on the blockchain have remained naught but words in the wind, there are solutions in the cryptocurrencies’ domain like Dash (DASH), which have made significant progress over the past few years in deploying their own payment systems and the necessary auxiliary tools.

Dash offers distinct advantages over traditional and legacy payment solutions for businesses that are selling goods and services as it enables merchants to increase revenue and efficiency as Dash transactions have near-zero fees, instant settlement, and no chargebacks.

This new alternative to traditional payments found an increased demand among users and retailers around the world. During the first quarter of 2020, more than 100,000 users installed the Dash mobile wallet on their phones. The values are 214% more than last year, and 21% more than the previous quarter. On average, 81,000 people use Dash for different purposes every day, which is 10% more than last year.

“Our goal has always been to make Dash the most user-friendly blockchain-based payment system in the world. In addition to bolstering our network security via ChainLocks – making our network the first proof-of-work blockchain to essentially eliminate the threat of a 51% attack – the official introduction of long-living masternode quorums opens up a whole new world of potential use cases for Dash beyond payments,” claimed Ryan Taylor, the CEO of Dash Core Group.

In 2020, Dash continued to explore new regions, adopting the technology on a national scale in developing countries of Latin America, South Africa, and Asia. To date, the platform has customer and merchant support services working in several languages. The official Dash support service works in five languages and the company has numerous representative offices created by the project community in different countries.

Another successful example, which clearly confirms that cryptocurrency can be widely used as a means of payment, is Bitcoin Cash (BCH).

In just a couple of years, the platform has deployed a full-fledged payment infrastructure with about 5,000 merchants accepting BCH around the world. Today, various online and brick and mortar stores opt for Bitcoin Cash due to its fast transactions, low fees and ease of integration into their financial activities.

According to the platform, the commission for a Bitcoin Cash transaction is usually less than a cent, and unlike traditional payment systems, a BCH user is protected against automatic deductions, erroneous payment entries, returns, or other surprises. Another bonus is protection against fraudsters, which is already provided in the system and does not require additional costs from users.

In addition to low fees and accelerated transaction processing, the transition to cryptocurrency payments allows merchants worldwide to expand their target audience, attract new customers, get ahead of competitors and become a little more independent from traditional banking institutions.

The boxing ring of financial technologies is becoming a crowded place. As such, cryptocurrency and blockchain projects can and should look up to the example of successful cryptocurrencies and develop for the masses. Success in IT means deploying infrastructures and working with and for end-users, not programmers.

Christopher Owen
I am a passionate bitcoin fan from CA. I developed my own tools to track and predict changes in bitcoin price after the fall of Mt.Gox. I like your approach guys and I would like to contribute to your work. I am trading some stocks and digital currencies for experimental purposes and hunt the most interesting cutting-edge technologies use cases in investing and finance.