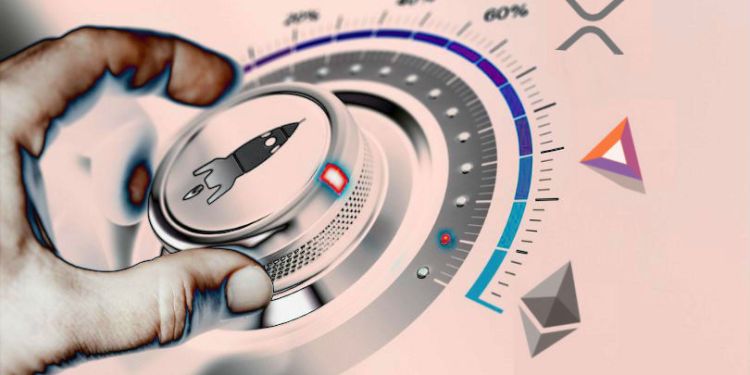 Crypto strategist Nicholas Merten says altcoins are poised to rise up against Bitcoin as large-market cap coins such as Ethereum (ETH), XRP, and Litecoin (LTC) begin to show signs of strength in their BTC pairs.

On the latest episode of DataDash, Merten looks at Ethereum and sees the cryptocurrency printing solid bullish signals against the king coin.

“These longer-term indicators are starting to showcase that we’re setting up for a reversal. If you just take a look at the price here, this is beautiful. This is exactly what we want to see. It’s nice sideways consolidation, higher lows, and again not any further sell-side activity. Now, all we’re looking for is for higher highs compared to what we have set back here in December of 2018.”

As for XRP, Merten believes the cryptocurrency is likely to face more pain in the short term, but he expects Ripple’s native token to trigger a parabolic rise against BTC once it completes a bullish pattern.

“It’s been over a year now that we have been in this descending wedge and I have no doubt it is probably going to be another couple of weeks maybe another month or so until we really get a break on it. After that, that is when we can start to see the kind of volatile kick up to the upside and we start to get almost a parabolic rise here for cryptocurrencies.”

Turning his attention to Litecoin, Merten says the coin also offers a large upside against Bitcoin once it dips to his tried and tested buy zone.

“When we get down to that range, it is either instantly uplifted – buyers start coming in around this price range – or a matter of less than a week. After that, we kick off what is about a 400% gain against Bitcoin.”

The crypto strategist believes the six coins are solid long-term picks that offer the potential to print outsized gains in their BTC pairs compared to large-cap cryptocurrencies.

Although he’s feeling bullish, Merten also notes the unpredictability of the crypto market at large and says anything can happen in the volatile and risky space.