by 8btc
in HodlX 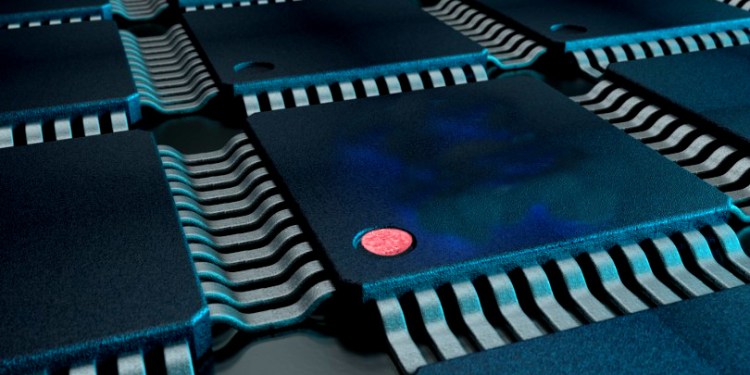 The following is a transcript of a presentation by Ryan Selkis, cofounder and chief executive officer of crypto research firm Messari, who spoke last week at the Hangzhou Blockchain Conference 2020 hosted by Hangzhou Future Sci-Tech City Management Committee and 8btc.

“Hi everyone, thank you for having me. My name is Ryan Selkis. And I’m the founder and CEO of Messari, a crypto asset research and data company based in New York. We’ll talk a little about DeFi today.

Maybe for starters, I should give you my opinion on the very term DeFi, decentralized finance, which I believe actually applies to the entire crypto realm. Because really what we’re trying to do is decentralize financial services.

Obviously Bitcoin was first, and it was a foundation, a part of this decentralization effort starting with money and the superior digital store of value, and transparent ledger for payments and other transaction reconciliation.

And then more recently, Ethereum, which really is a crypto that has evolved to encapsulate most of what we consider modern financial services. That would be things like decentralized exchanges, lending, new synthetic asset issuance, ICOs and token sales or some of the first. But now we’ve seen things like digital goods and non-fungible tokens, on-chain instruments like derivatives and loans, insurance products.

The things that right now most people are referring to as DeFi are really accelerating and picking up steam in recent quarters. And you can really think of crypto finance today as that which can be done purely through code on a decentralized basis even if it’s not yet done at scale and even if there are centralized services that currently handle some of those similar products, like exchanges, like lending and others.

There’s been a lot of activity, recently – decentralized exchanges – from five times in volume since the beginning of the year. Last year it had grown five times throughout all of 2019. If you look at the lending markets, which were basically nonexistent in early 2018, there are now multibillion-dollar markets that are run by some of the largest over-the-counter desks. So the lending protocols have now eclipsed about $3 billion in total market capitalization. If you think about insurance products, again, nonexistent for on-chain instruments. Now we have products like Nexus that are actually ensuring users against catastrophic losses due to bugs and smart contracts that could be powered using some DeFi protocols and applications. The list goes on and on.

But really what we’re talking about is the continued experimentation with a new set of protocols that is ultimately going to – I think the majority of not only centralized crypto financial services, but also financial services in general. The ideal in 15 to 20 years, the world that we’ll look at will be protocol driven. It might not necessarily be Bitcoin that wins. It might not necessarily be Ethereum that wins, but there will be an interoperable web of protocols that are powering decentralized financial services for the long term. I don’t think that vision has really changed in the last four or five years but it feels much more real now, even though we’re still in the very earliest experimentation phases…

So I do want to maybe kick off with a set of predictions that we made earlier this year at Messari. If you look and search for “Messari DeFi trends for 2020”, you can find a list of these that you can review at a later time. But I want to talk about what we wrote in December and where we are today.

So number one, our first prediction for the DeFi market going into 2020 was that Maker and Maker Foundation were no longer the end all and be all. MakerDAO has been phenomenally successful at ushering in the programmatic stablecoin movement and at pioneering the concept of collateralized debt positions that could be completely run on chain using one or multiple crypto assets as collateral. In fact, we saw that last year MakerDAO led much of the growth in terms of total value – locked in DeFi doubled from $250 million for the first half of last year to $500 million towards the mid part of the year.

And then other protocols like Synthetix and Compound started to make their entrance. And now, of course, some of the dominant components of the DeFi ecosystem Compound, especially even last week since it launched its token, is really pioneering this concept of DeFi farming and yield farming. So I’d expect to see some aggregation and some power law distribution around the dominant platforms, whether that’s Maker, whether that’s Compound or Synthetix or something new that comes along. But I think that the most important things to watch early on with some of these protocols is the network functionality. And as it builds a healthy ecosystem of connected applications that could serve as a a shelling point for the broader project and give people conviction. This is where liquidity ultimately will aggregate.

The second component that we’d written about at the end of last year was around Synthetix protocol, synthetic assets. Its volumes grew from less than $1 million in August to over $10 million in December. It is now multiples of that. It is the second-largest DeFi protocol in terms of assets locked and total value locked. It continues to grow very fast, in large part because it has really opened the door to all types of synthetic on-chain instruments, not just stablecoins, but any type of digital commodity.

Ultimately, we think it will pave the way for all sorts of synthetic securities and mirrored instruments … And the growth has just been staggering for obvious reasons because the traditional equities markets are many, many multiples of what the current crypto market is. There is a ton of demand for real-world equities and international exposure and diversification to their portfolios. That might be especially important now as we see a rise in nationalism, as we see a bit of deglobalization as a result of the coronavirus. The synthetic assets might be one of the few ways to actually get the correct amount of exposure as access points get shut off between different countries and investors start to be forced to work within their own countries and their own economies for investments.

The third thing that we wrote about was that…decentralized finance is a bit of a misnomer because many of the current leading protocols are still very much centralized. I think in five years we will see a healthy chunk of decentralized finance protocols truly managed by a multi-party ecosystem, potentially through distributed autonomous organizations or some other type of stakeholder voting mechanisms.

Today, though, by and large, most of these teams are still centralized. Most of the critical development is happening in house at the initial token creators. And that’s okay because everything has to start centralized. The same thing happened with Bitcoin. In the early days, developer Satoshi and some of his early colleagues were the only ones to work on the protocol for the first couple of years. Centralization to start Ethereum is no different with the Ethereum Foundation. Obviously it has become much more widely accessible and is no longer just about the theory foundation in terms of making developments and upgrades to the Ethereum protocol.

We think the same thing is going to be true for DeFi over the long term. But better beware that early on these teams and these projects have token treasuries that ultimately are being actively managed and distributed and ultimately sold off to a more broad ecosystem of potential stakeholders. So you always want to look at who’s got the money, who got the tokens and ultimately who has effective governance control over these different ecosystems.

There’s a fourth component that we wrote about which has to do a little bit with systemic risk. “Super fluid collateral” is one term that was used to describe the layering of different on-chain derivatives and the fact and reality that some collateral that is locked in decentralized finance applications can be used as collateral in multiple applications simultaneously. It’s going to be very, very difficult to actually track this down.

Understand just how far down the rabbit hole this goes when it comes to the potential liquidation risk and the liquidation reputation risk that some DeFi protocols might ultimately experience if individual investors are able to use the same ETH, for instance, to back a Maker collateralized debt position (CDP) and then also be able to use that same ETH to back that collateralized debt position to DAI – from that to ultimately invest in a leveraged bet on a synthetic asset through a protocol like Synthetix…

Early on this year, in February, there were three separate major depletion zones of total contract deposits that were exploited, some of which were ultimately reconciled and returned to the protocol teams.

But regardless, the top thing that I would be focused on if I were building a DeFi application and actually plugging into all the different early stage experiments and moving parts of this ecosystem would be how to flip a kill switch…

In fact, some of the risks that we pointed out last December came to a head very quickly in February. That’s to be expected. But buyer beware and builder beware. It comes to actually developing these applications.

The fifth thing that we wrote about in December was what we call the departments of DAOs. And this refers to decentralized autonomous organizations… Ultimately, I think we are most bullish on DAOs as investment vehicles that will then select investors and partners on their behalf to go and invest either infrastructure companies or other experimental protocols. And the way to think about this is the difference between a limited partner and the general partner using the venture capital model.

I think that ultimately the concept of community votes for different investments is going to be fraught with issues. Instead, what this could be very beneficial for are investment managers, particularly niche investment managers, that might want an easier time of raising money for their own micro funds that they can allocate over time.

And you might have a number of specialists that ultimately emerge that are able to really pick up and capitalize on the benefits of this much easier investor fundraising mechanism and still be methodical about how they’re choosing their investment.

You can check out the video here.