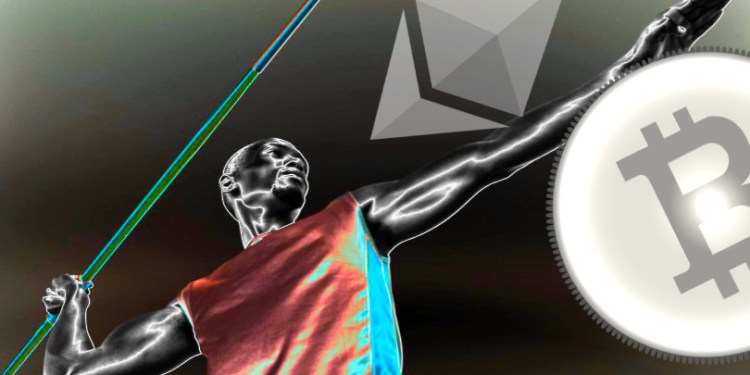 Bitcoin enjoyed a bullish price action over the course of the past seven days providing investors a weekly return of 2.52%.

Its price opened the week, July 6th, at a low of $9,072, but the bulls quickly stepped in allowing BTC to rise. Indeed, the flagship cryptocurrency entered an uptrend that saw it surge by 4.39% to hit a high of $9,470 two days later, on July 8th.

Despite the increasing demand, the $9,470 resistance level was able to reject Bitcoin from advancing further. Such rejection triggered a nearly two-day correction where BTC went down by 3.68%. By July 10th at 4:00 UTC, the pioneer cryptocurrency was trading at a low of $9,121.50.

This area of support was backed by a significant number of buy orders that helped Bitcoin rebound quickly. Right before the July 10th candlestick close, BTC had recovered $96 of all the losses incurred and was able to end the day at $9,288.39.

At that point, however, Bitcoin entered a consolidation phase that extended throughout the weekend. Its price was mostly contained within a $100 trading range between the $9,200 support and the $9,300 resistance level. The low levels of volatility prevailed and BTC closed the week at $9,300.70.

Last week, the smart contracts giant was able to overcome the lackluster price action seen at the beginning of July. As a matter of fact, Ethereum was able to provide a weekly return of 6.68%.

The high levels of speculation regarding the upcoming network upgrade, dubbed ETH 2.0, seems to have investors accumulating heavily in anticipation of the long-awaited staking rewards. This behavior is being reflected on Ether’s price, which opened Monday, July 6th, at $227.61 and quickly rose to a high of $249 by July 8th.

The sudden 9.40% upswing took many market participants by surprise while others saw it as an opportunity to exit some of their long positions. The mounting selling pressure pushed Ethereum down by 5.33% to a low of $235.73 on July 10th. As the day was ending this cryptocurrency began to recover and closed at $241.38.

The following day, July 11th, was marked by stagnation. Ethereum mostly traded between $238 and $241.37 without providing any clear signs of where it was heading next. However, volatility struck back on July 12th and Ether rose to $244.35 to then drop to $236 within one hour.

Sidelined investors appear to have taken advantage of the low price levels to get back into the market. The increasing demand saw Ether rise by 2.89% and close the week at $242.82.

The crypto market is poised to breakout

Given the high levels of correlation in the cryptocurrency market, it is reasonable to assume that a “rising tide lifts all boats.” While some of the lower-cap cryptocurrencies are surging, Bitcoin and Ethereum have failed to enjoy such price action. But a breakout might be underway.

From a long-term perspective, the most critical support and resistance levels for Bitcoin sit at $8,900 and $10,000, respectively. Meanwhile, Ethereum must close below $220 or above $250 to provide a clear roadmap of the direction of its trend. Once any of these hurdles breaks, investors will be given an opportunity to enter a clear short or long position.