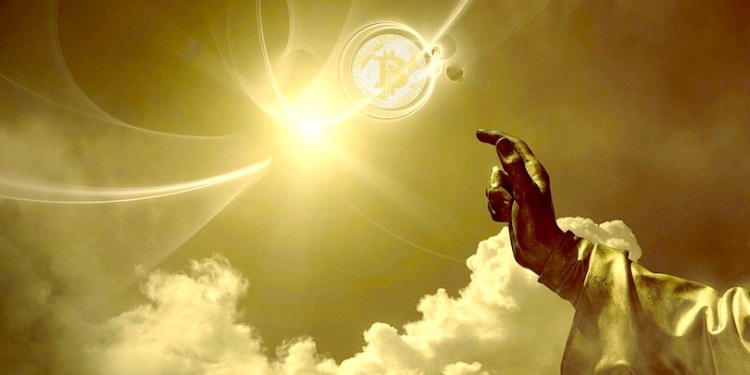 A group of crypto influencers is offering their take on Bitcoin’s future, as well as the future of the global macro economy.

On a new episode of the What Bitcoin Did podcast, Nic Carter, Tuur Demeester, Robert Breedlove and Alex Leishman agree that a widespread economic shift is brewing around the world, which will ultimately benefit BTC.

Carter, a partner at Castle Island Ventures, says he thinks a cascade of currency failures is coming over the next two years.

We’ve begun to see some distress in some sovereign currencies when there’s a lot of debt. The world is very indebted in emerging markets and unfortunately, I think it’s going to immiserate tens or hundreds of millions of people. And for some of those people, they will be able to use crypto financial rails to exit their sovereign local currency and they can go to Bitcoin. They can go to the US dollar. There are stablecoins on these rails. So I think this is going to be a big story for the next year.”

Adamant Capital founder Tuur Demeester says increasing debt will cripple economies five to ten years in the future. As for Bitcoin, he says traders need to prepare for another massive rally that will set everyone’s hair on fire.

“I think Bitcoin is a self-directed insurance policy. There’s a unique opportunity to get some exposure to that and there’s so much said about crypto and to me, the essence is just buy a little bit, start with that and then make a plan about storage, how you’re going to store it. And also think ahead, like are you going to diversify that storage.

The first time you buy, you store it in one place, but then I think it’s a good idea to think about storing it in different places. Because there is no FDIC. It’s not insured. If you lose your keys or if a company goes bust, it’s game over and you have to re-buy your Bitcoin. So think about that.

Also, make a plan for the price. Bitcoin prices, Bitcoin rallies are nothing like you’ve ever seen. Prices go up 10x, 100x in short periods of time. So you want to think beforehand about what you’re going to do when that happens.

Also, think about tax consequences. If you have a plan about selling, make sure you know the tax consequences of what you’re doing. Because a lot of people got burned in 2017. I know this maybe doesn’t sound likely because Bitcoin has kind of been moving sideways for two years, but I have a lot of conviction that we will see another massive rally that’s going to set our hair on fire. And it’s not about that. It’s the insurance policies that’s going to start paying out. That’s all that it is once we see that 10x or 100x rally.”

He agrees that a big rally is coming and calls 2017’s parabolic bull run a warm-up, but says it may take a long time before another long-term move to the upside begins.

“I agree with Turr’s sentiment that we are moving into a massive bull market. There are a lot of people who thought 2017 was kind of a one-off and that we’ll never see another move like that again. But if we look at Bitcoin’s short history and the macroeconomic conditions it’s designed to insure against, we’re in a perfect storm, frankly. Political uncertainty is at a peak. Monetary expansion is also at a peak.

It does go through psychological layers and I know it sounds radical today, but as we know, Bitcoin does move geometrically quickly. I think when it does break $100,000, the world is going to really have a sharp wake-up call. I think we haven’t seen anything yet so to speak. 2017 was kind of a warm-up for what’s to come. If that’s in 12, 24, 36 months, five years, who knows. But the pressures supporting its value proposition are at an all-time high…

Money needs to do five things. It needs to be durable, divisible, portable, recognizeable, scarce and not many people understand that. And because Bitcoin is disruptive is superior across all five properties, it’s actually disruptive to gold. So were talking about disrupting a technology that’s been with us for 5,000 years.

So it’s a big, not to be cliched, but a really major paradigm shift and I agree that because it’s agnostic to politics, the more chaos that’s going on in the world, the more money that’s being printed, that the neutral settlement layer will capture all of that value and clearly Bitcoin is far more the leader in that space. From a reputational standpoint, Bitcoin is a peaceful protest wrapped in a get-rich-quick scheme. The more people that are marginalized by the state, I think find their way into Bitcoin and that’s just what’s feeding its growth in the medium and long term.”

River Financial founder Alex Leishman says he’s seeing a wide range of people interested in buying Bitcoin at his financial services firm, from Wall Street investors to 65-year-old women in the midwest. He’s also bullish on BTC in the long run because he says everyone can find a narrative for the leading crypto asset that fits their worldview.

“I have no idea what’s going to happen macroeconomically over the next year. But I am very confident that more and more new people to Bitcoin are going to be buying it because it serves the purpose that they see for it and they realize that. And everyone, as we discussed, has a different story for Bitcoin and more and more people are going to come to it. And that’s what I know.”