Cryptocurrency Making a Big Difference in the Lives of the Unbanked 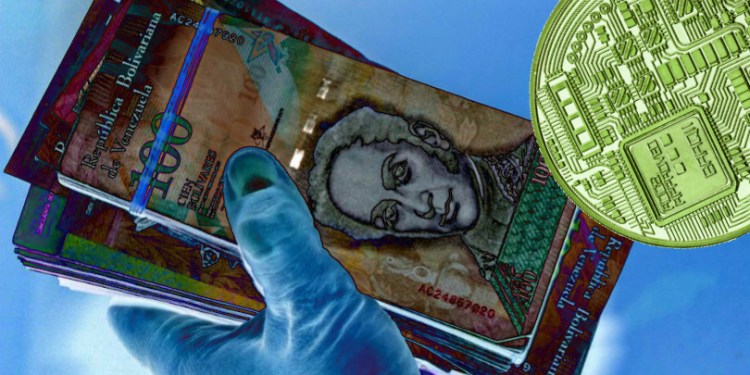 When cryptocurrency first went mainstream, there were high hopes that clever entrepreneurs could help bring about a technological revolution that would completely reshape our way of life. Although we aren’t fully there yet, there are signs that this industry is bringing about massive change across various industries. Although the social impact wasn’t necessarily considered at first, it’s become evident that crypto is going to radically change the way of life for those who don’t have access to traditional banking methods, commonly known as the unbanked and underbanked.

Dash is a next-generation digital currency based on the Bitcoin software. It was designed to solve several of the main issues associated with Bitcoin (BTC) and has been successful in doing so. Dash has been able to speed up transactions, offer enhanced privacy, and develop a decentralized governance and funding system. One of the ways Dash has really made a difference is by helping the citizens of corrupt nations with rampant inflation such as Venezuela.

As most of us know, Venezuelan citizens have had an extremely tumultuous decade. In addition to the political issues, the country’s currency, the bolivar, has experienced significant inflation which has reduced the buying power for residents by unimaginable amounts. It has gotten so bad that residents often have to carry bags of cash in order to purchase necessary goods.

Many Venezuelans have moved abroad to more developed nations such as the United States, Mexico, and Canada. Those that move abroad often want to secure employment and then send money back home to friends and family. However, because of government sanctions imposed against several countries including the United States, it can often be extremely difficult to do so. Dash solves all of the above problems by allowing citizens to use a digital currency both in-store and online that won’t experience the inflation that the bolivar has over the past 10+ years.

Of course, while Dash has made great progress at increasing its reach within Venezuela and other countries around the world, the fact remains that not all merchants currently accept payment in cryptocurrency. In fact, most don’t. For the occasions when people can’t purchase goods with digital currency, they must have a way of converting it to fiat (government-issued currency).

While many exchanges such as Coinbase now offer the ability to purchase crypto with credit/debit cards and bank accounts, the easiest way to purchase and sell crypto is through a Bitcoin ATM. There are currently over 8,000 of these machines around the world which have become the go-to service for users needing to convert fiat to crypto. Among these users include a significant number of unbanked and underbanked folks who have a distrust of government and/or simply don’t have access to traditional banking options.

The Bitcoin ATM industry has come a long way over the past several years. When these ATMs were first deployed, they were often clunky, not user-friendly, and charged unreasonable fees. Because of that, the cash-to-crypto market normally transacted on person-to-person exchange sites such as LocalBitcoins. However, since inception, Bitcoin ATMs have continued to innovate by offering on-demand purchases, a streamlined customer experience, and low fees.

Over the last five years, the number of global ATMs has nearly doubled every year. In 2019, the industry grew almost 55% with the placement of 2,248 ATMs. In fact, during the first half of this year, even amidst a global pandemic, an additional 1,935 ATMs have been installed. Of all the countries where Bitcoin ATMs have been installed, the United States is the clear leader with over 6,100 ATMs which accounts for roughly 74% of the market. In fact, the industry has shown such tremendous growth that Dash decided it was time to get in on the action when it announced a partnership with CoinFlip, the largest Bitcoin ATM operator in the US.

Bitcoin ATMs have gained an advantage within specific demographics because of the streamlined onboarding process. Normally, all that’s required of a customer is for them to input their name and phone number, and then simply complete the transaction. Very little technological knowledge is required. As one could expect, these crypto-to-cash transactions have a lot of appeal to the underbanked and low-income communities that transact primarily in cash. This group of users will often use these ATMs to transfer money, pay bills, and invest.

It is estimated that around 1.7 billion people globally remain unbanked without an account at a traditional financial institution. Given that cryptocurrency is still in its infancy, this group of adults remains an almost completely untapped market for Bitcoin ATMs. As the industry continues to grow both domestically and internationally, we can expect many of these underbanked and unbanked users to seek out cash-to-crypto opportunities.

Although it may not have started with the intention of serving low-income communities, cryptocurrency is quickly being utilized around the world by those who don’t have access to traditional financing methods. Before crypto, the underbanked and unbanked often struggled to access traditional financial products and services at banks and investment firms. In order to meet their financial obligations, they were often forced to use unfriendly, and many times predatory, services such as payday loans, prepaid debit cards, and check cashing services. However, thanks to cryptocurrency, these communities now have a much better and economically viable alternative.

Matt Chambers is a full-time cryptocurrency trader and blogger. Prior to entering the industry in 2017, Matt was a proprietary trader focused on exploiting arbitrage opportunities. In his free time, Matt enjoys traveling the world and sampling local craft beer.