How Blockchain Is Changing the Job Market

by Anurag Gautam
in HodlX 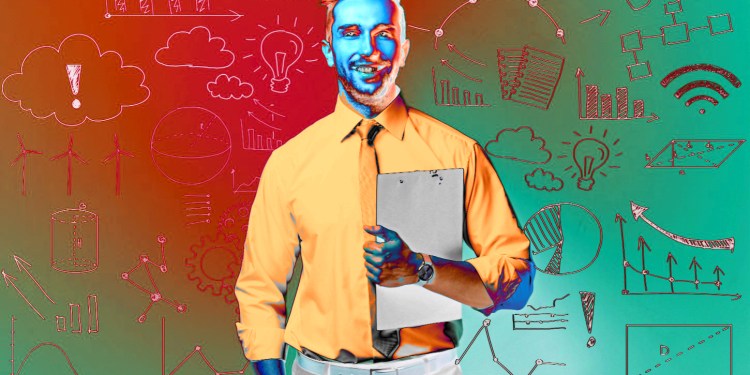 Today blockchain and cryptocurrency are synonymous to most people. Throw the term “Bitcoin” into the mix and many people probably can’t properly define all three terms or properly differentiate between them. As a result, the general public sees the volatile Bitcoin and cryptocurrency price fluctuations and thinks the whole blockchain industry is unstable or otherwise “risky.”

Yet while cryptocurrency prices fluctuate, the investment and development activity in the blockchain industry is continually increasing. This blockchain investment and development does not just impact a few industries. Blockchain technologies are being used in consumer products, the financial sector, healthcare and pharma, IoT, supply chain, manufacturing, gaming, and even governments.

With so many applications for so many different industries, the upside potential of the blockchain industry is huge.

Blockchain impact on the job market

One often-overlooked benefit of the massive investment in blockchain technologies is the impact on the job market. Payroll is the largest single cost of most businesses, accounting for up to 70% of total business costs. As worldwide spending on blockchain reaches $11.7 billion in 2022, the number of jobs created in the blockchain industry will reach an all-time high.

While some existing companies have adapted and added blockchain to their service offerings, this adaptation has led to thousands of new companies that focus specifically on blockchain.

The most interesting and game-changing possibilities in job creation are the possibilities for the gig economy. Technology has already turned the gig economy into a common term. And now blockchain technologies enable the creation of potentially limitless micro jobs in the gig economy thanks to the ability to facilitate micropayments, cross-border transactions, and decentralized systems.

These jobs can range from the quick and simple: product testing, surveys, watching videos, even walking, to the creative or complex: mining, content creation, and development. Below are some of the current companies creating jobs in the gig economy.

Sweatcoin: Sweatcoin rewards users for how active they are throughout the day. The Sweatcoin app tracks a user’s steps and rewards them with Sweatcoins which are redeemed or donated with the various partners in the Sweatcoin network.

Bitfortip: On Bitfortip, users ask questions and “tip” other users who help them find the answers. Users are paid in Bitcoin.

eSteem: eSteem is a social blogging platform. Creators share blog posts, videos, and photos similar to Medium or other blogging platforms and earn STEEM tokens as users engage with the content.

Lbry: Lbry is a platform where creators can offer their content–videos, books, games, etc. for free or for a price. Creators then earn as people pay for what they have created.

YEAY: The YEAY app allows creators to upload product recommendation videos which are authenticated through the WOM Protocol. Creators then earn WOM tokens based on the engagement with the content.

Vibravid: Vibravid is a YouTube-esque video and music hub where content creators can upload their content and charge users to watch or listen. Creators earn Beatzcoin and use the token to pay for advertising.

WOM Protocol: The WOM Protocol enables platform developers to reward their users for their word-of-mouth recommendations. New and existing social networks, ecommerce sites, and other content platforms can incorporate the WOM Protocol and earn a share of the WOM tokens earned by their users.

Kin: Developers can create apps on the Kin blockchain and tap into the Kin rewards engine to reward their users and earn a portion of those rewards themselves based on their share of the activity within the Kin ecosystem.

Steem: Similar to Kin, developers can create social networks and other platforms on the Steem blockchain, offer STEEM rewards to their users for various types of actions and engagement, and earn a portion of those rewards.

The “Uber, Airbnb, Taskrabbit, Fiverr, YouTube” gig economy has been around for a while and some people have adopted gig jobs either part or full time. These gigs, however, often require minimum investment, competition against other “gig-ers” for attention, and certainly have a minimum earning threshold in order to make these gigs viable options as jobs.

In contrast, the benefits of blockchain technologies highlighted above (the ability to facilitate micropayments, cross-border transactions, and decentralized systems), enable a multitude of new “gigs” that can be picked up and switched between seamlessly without any minimum needs or requirements.

For example, Sweatcoin, the WOM Authenticator, and Stormx can be picked up and put down at any time and users can earn whatever amount with no investment other than time. Content creators on YEAY, eSteem, and Vibravid naturally need to put in effort to create content worth consuming, but they can start earning immediately without needing to reach some minimum view or follower threshold, and the revenue share is often much more skewed in the content creators’ favor. And developers and platforms in the Kin, WOM, and Steem development ecosystems are rewarded immediately based on the value they bring to their users rather than based on ad clicks.

The gig economy is being expanded and made much more accessible to many more people around the world through blockchain technologies.

The future of the job market is bright

And with the current development trends and blockchain spending reaching $11.7 billion next year, the positive effects of the blockchain industry on the job market will only increase.

Experienced marketing specialist with a demonstrated history of working in the information technology and services industry. Having a passion to write about technology, market updates, startups, blockchain, cryptocurrency etc.