by Kieran Smith
in HodlX 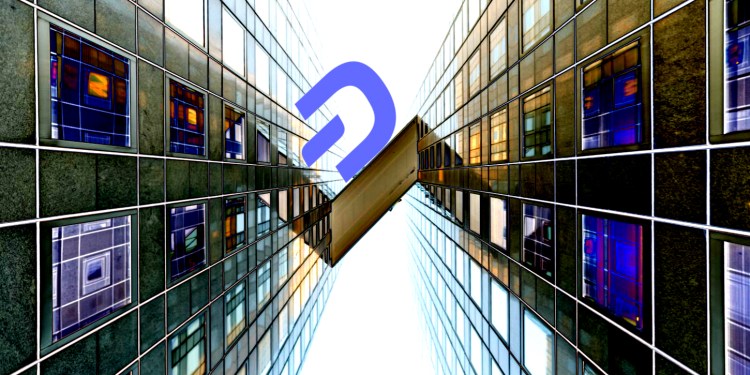 A portmanteau of “Digital Cash,” Dash is an altcoin that started life as a fork of Bitcoin in 2014.

Since then, the blockchain has developed its own unique architecture to help fulfill its goal of becoming a dependable digital cash solution for the global economy. This is what Dash calls the proof-of-service algorithm – a two-tier network structure that uses both miners and masternodes on different layers.

Anyone looking to get involved with mining or staking Dash will want to familiarize themselves with this model, which has also been implemented by many other cryptocurrencies.

Miners, or nodes, are responsible for solving the complex cryptographic puzzles needed to introduce new coins to the network and facilitate transactions on the blockchain. Just like with Bitcoin and every other proof-of-work cryptocurrency.

Masternodes represent a second, more superior layer of governance that not only helps with providing quicker transactions (InstaSend), and private transactions (PrivateSend), but also acts as an overseeing democratic mechanism. Masternode holders can vote on issues affecting the network and take part in activities like conflict resolution.

Together, these different tiers of the network allow for privacy, fast transaction times, and decentralization, making Dash one of the most popular altcoins around. Because miners and masternodes share responsibility for the network, each of them receives rewards: For every block that is mined, the miner gets 45% of the block reward, masternodes get 45%, and the Dash DAO (decentralized autonomous organization) gets 10%.

Anyone with the correct equipment, or enough money, can be rewarded for supporting the network by setting up as a miner or masternode holder.

How to Mine Dash

At present, there are three different ways to mine Dash.

As with Litecoin, Bitcoin, and other proof-of-work cryptocurrencies, the complicated cryptographic puzzles involved in mining have become progressively more difficult over time, and now require dedicated hardware to solve, rather than just your home computer.

Application-specific integrated circuits (ASICs) are the specialized chips that miners use to solve Dash’s cryptographic puzzles. Since ASICs arrived in 2011, mining DASH using anything else has become very difficult, and not very profitable.

If you want to mine solo, investing in these specialized chips is the only feasible way, and you may need to set up a mining rig that combines several ASIC processors together to amass enough hashpower to make it worthwhile. To check the profitability of your mining setup, you can use this calculator.

When investing in ASIC chips, remember that Dash uses a different algorithm than Bitcoin. Dash uses the X11 algorithm, and Bitcoin uses the SHA-256 algorithm for mining.

Mining Dash on the cloud

If setting up specialized hardware is too technical for you, cloud mining allows less tech-savvy enthusiasts to get involved.

When you buy a cloud mining contract, you promise to pay a dedicated data center to mine Dash on your behalf. Each month you pay for the company to continue mining, and the company sends some coins to your Dash wallet.

Mining Dash in a mining pool

If you have invested in dedicated hardware, but don’t have enough hashpower to make solo mining worthwhile, then you can share the workload in a mining pool.

Mining pools collect processing powers from different computers, allowing groups of different people to contribute hashpower to the mining process. Each miner is rewarded in accordance with their contribution.

Because mining in a pool uses more hashpower, it also smooths out the process, making the rewards more consistent (even if they are smaller). This can be a steady way to generate Dash, but you will need to ensure that you are signing up with a trustworthy provider.

How to host a Dash masternode

Along with mining, the Dash network relies on Masternodes – the second-tier network of servers which perform services for the network like PrivateSend, InstantSend, and the democratic functions that allow node operators to vote on important developments within the network. Masternodes hold an entire copy of the blockchain, and in exchange for their work upholding the network, are given voting rights and 45% of all block rewards.

All these rewards and responsibilities come at a price, however, and masternode holders must commit at least 1,000 Dash to cold storage. At today’s prices, that means you would need to pay $100,000, along with several hundred dollars in equipment costs for the server hardware. This high cost helps secure the network by making it prohibitively expensive to attack the blockchain, and ensures that all those with access to the network have a strong incentive to maintain the value of the cryptocurrency.

As the masternode network runs on Linux servers, you also need technical knowledge of Linux before you can get started. Alternatively, if you don’t have the technical know-how to set up your own Dash server, then you can pay a third-party service to host your masternode.

If 1,000 Dash is just too cost-prohibitive, you can invest in a masternode share. Masternode share providers pool together the funds of shareholders and use them to purchase a shared masternode. Then, as the rewards are received, they are paid out proportionally to all of the shareholders.