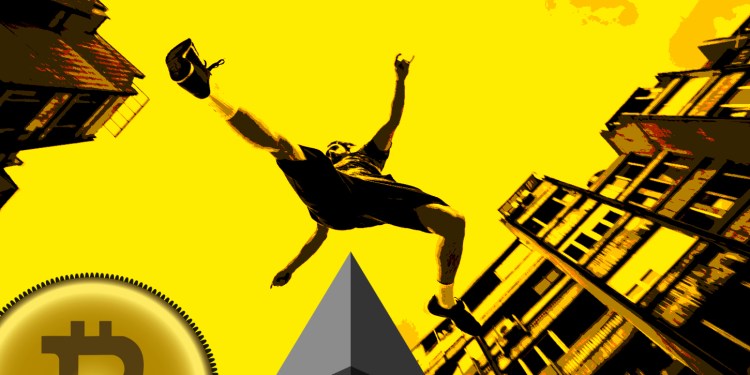 Wednesday, August 26th, was characterized by low levels of volatility following the bearish price action seen the previous day. The way Bitcoin behaved throughout the day seems like it entered a consolidation period before the next significant price movement. While the $11,200 support and the $12,135 resistance level continue to hold, the direction in which the trend will result remains to be seen.

As a result, market participants seemingly continue to be puzzled about whether or not a new bull market has begun. And the flagship cryptocurrency is showing this sense of indecision in its price. It opened August 26th at $11,325 and surged only 0.79% to hit a high of $11,407 three hours later. From that point, it pulled back to lose the gains incurred and trade right around the same price where it kicked off.

Another small bullish impulse was seen around 7:00 UTC, which pushed BTC to a high of $11,448. But the bears stepped back in sending prices down below the daily open to an intraday low of $11,255. This support barrier was able to hold and prevent Bitcoin from dropping further.

Given the strength of the $11,200 support zone, the pioneer cryptocurrency was able to rebound. What followed was the most significant upward movement of the day. Bitcoin was able to rise from an intraday low of $11,255 to an intraday high of $11,540, representing a 2.53% upswing.

As the day came to an end, however, BTC began to retrace. By the time Wednesday’s trading session closed, the bellwether cryptocurrency had retraced by 0.66% to $11,463. Despite the lackluster price action, Bitcoin was able to provide investors a daily return of 1.04%.

Like Bitcoin, Ethereum was dormant throughout Wednesday, August 26th, from a technical point of view. The smart contracts giant kicked off the day at $383. Although prices dropped about 1.42% right after the daily open, Ether quickly recovered surging to a high of $388 by 3:00 UTC.

A significant number of sell orders were triggered around this price hurdle, which fueled a bearish impulse that was seen until 13:00 UTC. Ethereum saw its price plummet by 2.69% throughout this period to hit an intraday low of $377. Still, demand for the second-largest cryptocurrency by market cap began to increase around this support level.

The spike in buying pressure was significant enough to push ETH up by 4.22%. Within four hours after reaching the lowest point of the day, Ethereum was trading at a high of $393. However, some investors appear to have realized profits around this point, sending prices back down.

For the last eight hours of the day, Ether entered a downtrend that saw its price decline by 1.88%. The smart contracts giant was able to close Wednesday, August 26th, at $386, providing investors with a minuscule daily return of 0.75%.

When looking at Bitcoin’s and Ethereum’s lower time frames, such as the hourly chart, it appears that these cryptocurrencies are bound for stagnation. Nevertheless, this thesis doesn’t hold when looking at BTC and ETH from a macro-perspective. For instance, on the daily chart, the Tom Demark (TD) Sequential index has presented buy signals for both of these digital assets.

The bullish formations suggest that a one to four daily candlesticks upswing is about to take place. Under such circumstances, Bitcoin could surge towards the $12,135 resistance level, and Ethereum may retest the recent yearly high of $447.5. These optimistic scenarios will depend on BTC’s ability to remain trading above $11,200, and ETH would have to hold above $370.