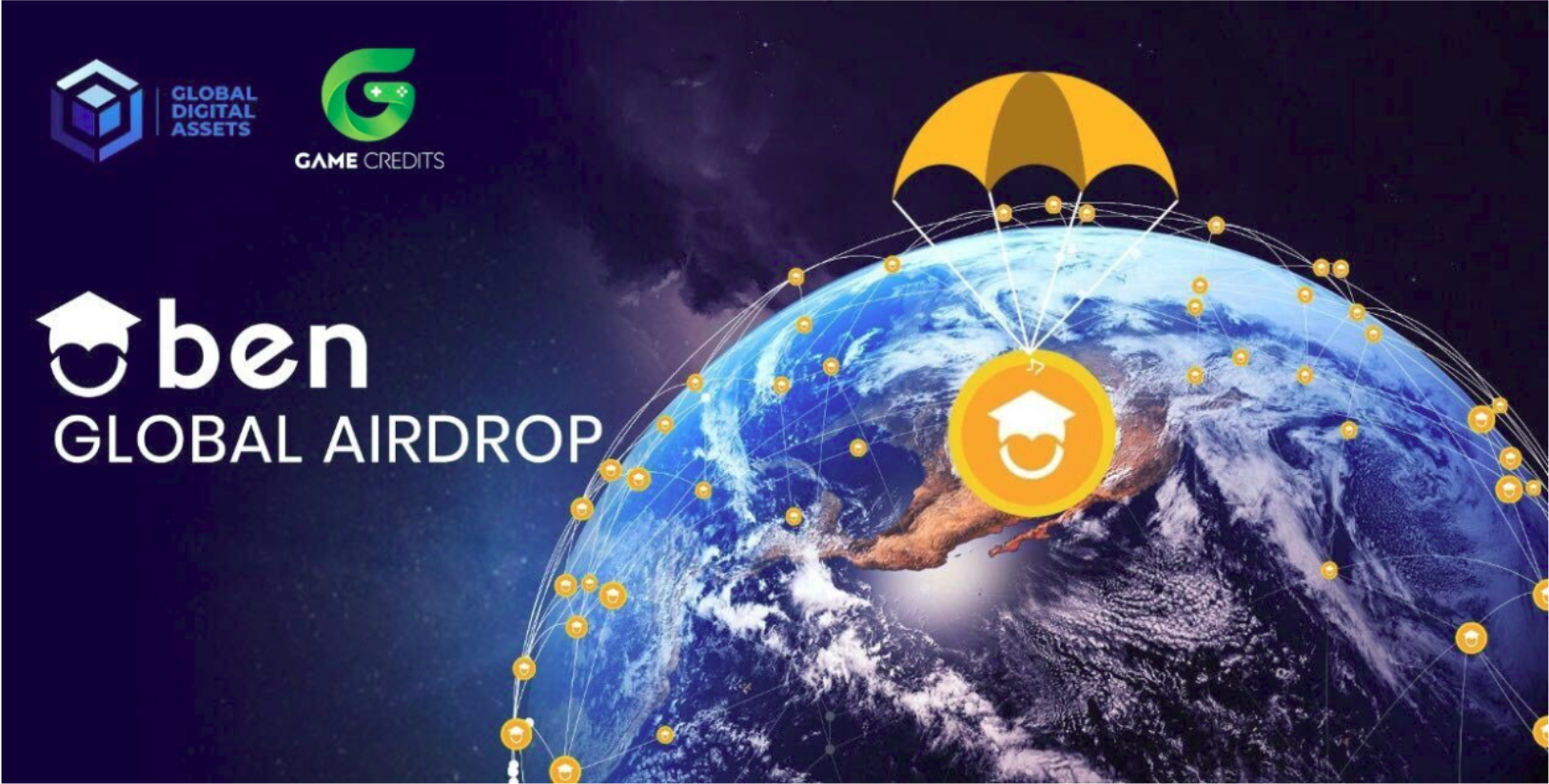 The Blockchain Education Network (BEN) has announced an airdrop – an educational campaign and event for students and blockchain clubs around the globe. Those who sign up in September will receive digital assets that will not only help these students financially but also introduce them to blockchain technology. On September 29, BEN is launching a big online party via Zoom, so that the airdrop can be distributed.

For many students this may be especially important now when schools have switched to remote learning. BEN is an international community that has educated students, professors, and alumni since 2014 about the potential of blockchain technology. Through discussion forums and meetups, conferences and hackathons students are able to learn more about the industry. The network unites blockchain clubs from Rutgers University, MIT, Harvard, Stanford, Berkeley, and University of Michigan, as well as clubs from ?stanbul Bilgi, IIT Bombay, and Tsinghua University, among others.

“We’re excited to offer the Rutgers Business School Blockchain Hub and Rutgers students another opportunity to learn first hand about the digital asset space. This experience will help prepare them for a future where this technology will be essential in business transactions of all kinds. Proud to be working with BEN to make it happen,” said Chris Buren, Rutgers Business School Blockchain Hub president.

“BEN Turkey is participating in the BEN Global Airdrop which will help students learn about the digital asset space and why it’s needed. We will be giving this airdrop to our five existing blockchain clubs at Bahçe?ehir, ?stanbul, Sabanc?, ?stanbul Bilgi, and Kocaeli universities. With this opportunity, we also aim to reach new students from universities in Turkey that don’t have blockchain clubs yet,” adds Müge Sar?ta?, BEN Turkey marketing coordinator.

Each year BEN coordinates a series of programs and events with the help of partners to educate and empower its 2,350+ students and alumni. The BEN Global Airdrop allows students to engage with blockchain by downloading a digital wallet, setting up an account on specific exchanges and other platforms, and becoming familiar with what it means to exchange value over the internet. This year, students will be given Bitcoin (BTC), provided by GDA Capital, and GAME Credits (GAME) tokens, an ERC20 that represents a new standard in digital assets for the gaming industry. BEN encourages other digital asset projects that want to engage academic institutions to reach out to get involved.

GAME Credits, a blockchain gaming network and one of this year’s main supporters, has allocated $5,000 USD worth of ERC20 tokens for 1,000 students. This will help students understand how their favorite video games could benefit from having internal, blockchain-based currencies.

“BEN has been a leader in blockchain education and empowerment for many years now. GAME Credits also believes in investing in the future and education and working with institutions of higher learning is a large part of our culture. It only makes sense to take part in the BEN Global Airdrop, which helps further the ethos that BEN has established of cultivating the next generation of innovators and entrepreneurs.” – Jason Cassidy, CEO of GAME Credits.

The Blockchain Education Network (BEN) is a global network of blockchain students, clubs, professors, and alumni founded in 2014. BEN provides accessible blockchain educational resources, free and discounted conference tickets, jobs and internship opportunities, as well as an online and offline community for all its members. BEN has over 2,350 students who have gone through the program across 400 universities in over 96 countries. BEN’s team is spread across the USA, Canada, Italy, Turkey, India, Colombia, Australia, Dubai, Vietnam, and more.

GDA Capital (GDA), the capital markets arm of the GDA Group of Companies, was founded by MLG Blockchain & Secure Digital Markets in 2019 bringing together 50+ years of digital asset focused capital markets, trading and financial technology experience. GDA also has a private equity and GDA ventures division to provide end-to-end solutions to disruptive and cutting-edge blockchain projects. GDA acts as the bridge between institutional capital into disruptive technology markets and has executed over $1 billion in transactions.

GAME Credits (GAME) is the original in-game currency focused on eSports and the NFT (digitable) economy. With the power of blockchain technology, gamers can now have full ownership over all of in-game items allowing to sell them in a secondary market to other gamers or collectors. GAME Credits brings a new level of innovation to the gaming experience by allowing gamers to stake their GAME on their favorite games and be rewarded with GAME Rewards from those they stake on, making it much more than just an in-game currency.