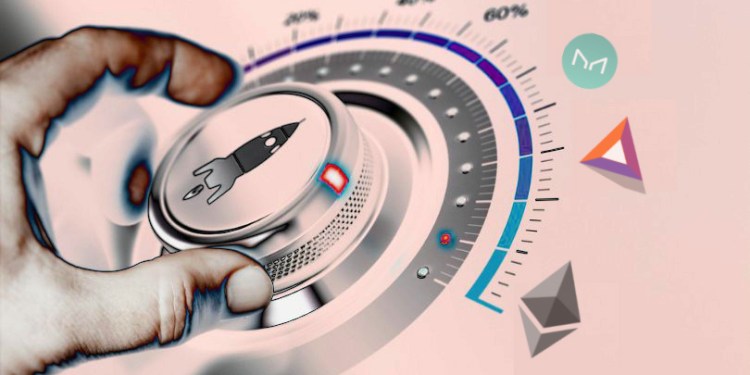 In a tweet, the crypto strategist tells his 65,000 followers that he thinks the crypto king will likely move down to about $9,600 and fill an open gap on the CME chart.

“Was not expecting this for BTC, but it seems the CME gap fill prophecy will come true (sub $10,000). ETH still hasn’t hit my minimum target ($360), and I don’t think it drops without BTC falling with it. Regardless, we are on HTF support, and I expect it holds. This is a shakeout.”

While the trader believes that BTC may have more downside potential, he also says the largest cryptocurrency is flashing a long-term bull signal as the coin appears to be converting a former resistance into support in the higher timeframe.

The bloodshed on alts is just there to distract you from longing the most perfect HTF S/R retest I have ever seen. $BTC https://t.co/CrH2YHqlsZ

Looking at Ethereum, the trader says that the second-largest cryptocurrency has yet to carve a bottom.

“Now that $360 has been met, lots are asking me if I think the bottom is in for ETH. I don’t. If we can push above $408, then there’s a CHANCE, but for now, I think we drift lower into the abyss. We are in the home stretch though, almost there in my opinion.”

Credible Crypto even anticipates that ETH will trade below $300.

“Just woke up and took a look at the charts. Sub $300 ETH likely on the cards, even if just for a quick wick.”

As for XRP, Credible Crypto thinks that the end of the correction for Ripple’s native token is already in sight.

“We drifted lower into the abyss. That being said, there is a reason other alts have held up fairly well through this drop. There’s a reason BTC and XRP haven’t made lower lows, YET. It’s almost time.”