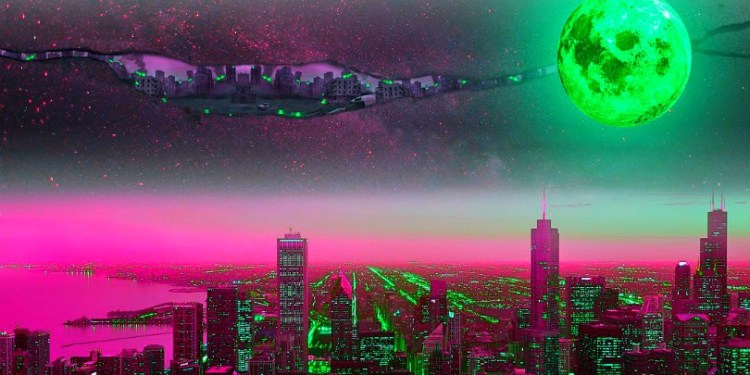 Closely-followed investment strategist Luke Gromen says Bitcoin is en route to becoming the “blood brother” of gold as the world goes through a period of massive disruption.

In a new installment of What Bitcoin Did, the founder of economic research firm Forest for the Trees (FFTT) explains how Bitcoin and gold have very similar fundamental natures.

“I think it’s a technological manifestation of gold. What is physical gold? Physical gold is just energy expended, stored, and portable. And that’s effectively what Bitcoin is. If you look at it from a purely monetary aspect, that part to me has been apparent for a long time and continues to be apparent that they are blood brothers in the monetary world.”

Referencing the Strauss-Howe generational theory, which predicts a huge upheaval every 80 years, Gromen believes that humanity is currently in the middle of a “great disruption,” something that can lead to a restructuring of the financial and political systems.

“I think we’re waist-deep and maybe chest-deep in a fourth turning, and it’s this generational theory where every four generations you go through these great disruptions, and I think we’re in the midst of a great disruption and I think there’s a number of things driving these great disruptions. I think the pace at which technology is changing is very disconcerting. We as humans have had 10,000 years of evolution and we’re used to seeing things change in a linear manner which means very little at all in our lifetimes. And in the past 30 – 40 years, we’ve seen these changes governed by Moore’s law which is just faster and faster and faster.

Big picture: I think what we’re living through, partly technology-driven, partly financial-driven, is basically promises that were made are no longer able to be kept as a society to broad stretches of our society. This is something happening not just in the US but around the world.”

Gromen also says that big-money players are starting to look into the top cryptocurrency as the world deals with economic and fiscal uncertainties.

“There’s definitely been a lot more interest in it at the institutional level. And I think you’re starting to see some of that in the recent press releases where Fidelity launched a Bitcoin fund. Real players are interested in being in the space. I think that when you see headlines like that you should take that as a read on the level I have been seeing and being asked about over the past 12 – 18 months.”