Estonian LLCs Have Been Granted the Right to Tokenize: Here’s What That Means

by Reimo Hammerberg
in HodlX 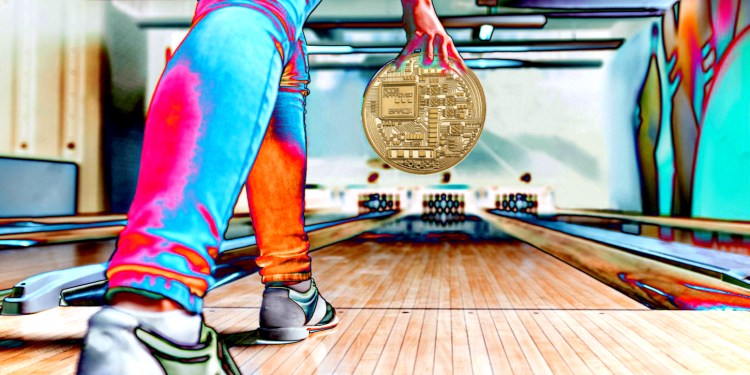 After establishing itself as the “blockchain country” due to the government-level adoption as well as the high volume of blockchain startups that have been established, Estonia has taken an important step toward true blockchain adoption.

This move took place when the Estonian Parliament made an amendment to a law regarding share ownership transfers of limited liability companies (LLCs), which became effective on August 1st of this year. LLC share ownership can now be transferred through any means that can be reproduced in writing. For example, a company can transfer ownership of some of its shares to an investor through an email, a written letter, or even a text message, though proper legal documentation is, of course, still advisable.

How is blockchain involved? While it’s not explicitly stated, the law effectively allows Estonian LLCs to be tokenized. However, it’s important to note the law only applies to LLCs that have registered capital in the amount of at least 10,000 euros and have opted to drop the notarization requirement in their articles of association.

Because cryptocurrency token transactions fall under the category of ownership transfers that “can be reproduced in writing,” transfer of crypto tokens that represent ownership of shares in an LLC are now considered to be legally valid and binding.

Therefore, LLCs in Estonia now have the option of issuing blockchain-based security tokens. These tokens can be used for borderless fundraising, for easy ownership share transfer, and to increase transparency around LLC ownership; the same applies to issuing convertible bonds. But is tokenization really worth the effort?

While every LLC has its own unique set of needs, tokenization provides access to a number of benefits that can improve the operational efficiency of any company. In other words, tokenization can make life a whole lot easier.

There are several reasons for this:

• Tokenization increases the level of transparency and trust between LLCs and their investors.

Issuing ownership share tokens can greatly increase the level of transparency and trust in the relationships between LLCs and their shareholders.

This is because of the direct nature of tokenized share transactions: tokenization enables issuing companies to transfer ownership of shares directly to their investors without the need for intermediaries.

Once investors have received their tokenized shares, they can verify on the issuing blockchain network that each of the tokens actually exists, and transactions have been settled. Investors can also verify their digital wallet balances on blockchain networks, ensuring the ownership is valid.

Beyond increasing transparency, tokenization also dematerializes the capitalization table (cap table) management process. This saves on both time and costs incurred by bureaucratic costs that investors would ordinarily bear. In addition, dematerializing the cap table management reduces various operational risks related to loss or destruction of documents and data.

Traditionally, shareholder registers are either managed by third-party services, or by the issuing company itself. However, through tokenization, cap table management happens securely and automatically on the blockchain with each blockchain network automatically keeping a secure record of share ownership.

Even digital ledgers that are not blockchain-based are susceptible to destruction or tampering. However, blockchain networks are essentially unhackable and invulnerable to hardware or software destruction.

The reasons for this depend on the design of the blockchain. On public blockchain networks, immunity to hacking and other problems comes from distribution: transaction records are stored across multiple computers, called “nodes.” These public blockchain ledgers cannot be altered without the consent of more than 50% of the network’s nodes; they cannot be destroyed unless all the nodes are destroyed simultaneously.

On private, permissioned blockchains, however, immutability comes from the fact that each bundle of transaction data, also known as a “block”, must be compatible with the previous block before it can be added to the ledger.

• Tokenization can reduce the risk of fraud and double-spending.

This means that each tokenized share can only be created once and once transferred from one person to another the token is neither deleted nor multiplied (as in the case of usual databases) but is also transferred from transferor to transferee (hence mimicking the physical world). Therefore, shares cannot be multiplied or reproduced; fraudulent copies of the shares cannot be created or sold.

How can Estonian LLC companies tokenize?

There are two methods a company can use to go about the process of tokenization: building a blockchain network in-house or using a third-party platform.

There are benefits and drawbacks to each. For example, any company wishing to tokenize its share ownership could choose to design its own blockchain network that can be used to issue its own security token.

While this option may allow for higher levels of customization, it can be expensive with initial estimates between $15,000 to $50,000, not including developing customized features and front-end functionality, as well as security and maintenance costs down the road.

Therefore, this option is best suited for large companies with plans for their blockchain beyond tokenizing share ownership.

For smaller and medium-sized companies could issue a token primarily for the purpose of maintaining and managing their cap-table as well as for fundraising. However, tokenizing on a third-party platform could be a much more attractive option.

Third-party token issuers charge a fee to develop and launch tokens for their clients. Depending on the firm, these tokens can then be bought and traded on various platforms. If a firm launches ERC-20 tokens for their clients, for example, those tokens can be traded on decentralized Ethereum exchanges. More commonly, however, tokens issued by a third party can be traded exclusively within the company’s private ecosystem.

The catch: tokenization is only available for LLCs. Public limited liability companies have to wait their turn.

In short, now that the law has been changed, tokenization is imminently possible for Estonian LLCs –companies just need to seize the opportunity.

However, it’s important to keep in mind that the new amendment effectively only applies to LLCs.

This is because the law states that an LLC’s shareholder’s register, or cap table, does not have to be kept with a central securities depository (CSD). CSDs are regulated financial organizations that operate a securities settlement system. They also keep records of newly issued securities in book-entry systems plus provide and maintain securities accounts for their customers.

Because LLCs are not required to employ CSDs, the management board of an LLC is free to choose who will act as the registrar for the cap table. Therefore, they can keep the shareholder register themselves, or delegate the task to anyone they choose.

On the other hand, the law requires that public liability companies keep their shareholder registry with a licensed CSD. CSDs do not support the issuance of securities in a digital form or tokenization.

CSDs and other incumbent institutions continue to operate fragmented and inaccessible capital markets infrastructure that has been the law of the land for the past several decades.

Estonian LLCs have a great opportunity – now it’s up to companies (and investors) to use it.

The time to tokenize is now, and the world offers itself to your imagination.

Reimo Hammerberg is the founder and chief executive of Ignium OU, a security token issuance and settlement infrastructure firm based in Estonia. Ignium is currently seeking companies that are interested in embracing tokenization, an innovative, accessible, and affordable fundraising model.