Bitcoin Will Outperform Gold by Every Metric, Says CEO Who Just Poured $425 Million Into BTC 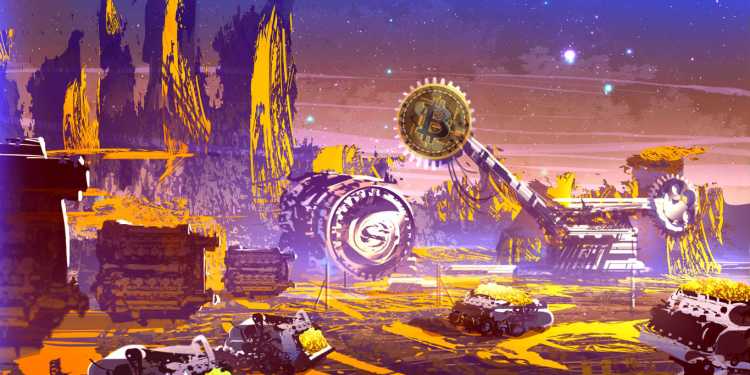 The CEO of the publicly traded business intelligence company that invested $425 million in BTC says Bitcoin is a superior asset to gold.

Michael Saylor, the co-founder and head of MicroStrategy, explains in an interview with Stansberry Research why Bitcoin will outperform gold in the long-term.

“I considered gold, and then I started studying the two, and then I realized that gold miners are going to produce about 2% more gold every year… Let’s just say in the best of the world for a 100 years we produce 2% more gold, that means $100 million will be debased down to $12.5 million in 100 years. On the other hand, Bitcoin is exponentially going to infinity stock to flow. There’s never going to be more than 21 million Bitcoin.

So you’re really talking about, at most, diluting $100 million of Bitcoin by 10 million over the hundred years. Given the fact that Bitcoin is an infinitely hard asset, whereas gold can be produced by human beings given enough incentive, I realized that over the long term, Bitcoin is the harder asset than gold.”

Saylor says that with every other commodity, a rise in price means a rise in incentive to produce it, which in turn balances out the price by expanding the supply. Bitcoin, however, doesn’t face the same conundrum.

“If you double the price of gold, you’re going to double the incentive of miners to produce gold, and if gold goes up by a factor of 10, human beings have a way of putting capital into mining and ingenuity and they’ll invent better ways to mine it and at some point they’ll melt down their jewelry or they’ll find other gold. On the other hand, if Bitcoin goes up by a factor of 10, no amount of investment in Bitcoin mining can produce more Bitcoin.”

Saylor’s praise for Bitcoin extends far beyond the coin’s ability to maintain scarcity. In the interview, the MicroStrategy CEO highlights more reasons he is bullish on Bitcoin.

“Bitcoin is digital gold and that means it’s faster. I can move it a thousand places in a couple of seconds. It’s stronger. I can pledge a hundred million dollars for three hours in Japan on a Saturday afternoon. It’s smarter. I can write a computer program that will slice in a million pieces and do complicated things with it. It’s only going to get better every year forever because it’s software and what that means is people that are attracted to Apple and Amazon and Google and Facebook, because they’re smarter, faster, stronger networks, they’re going to be attracted to Bitcoin.”