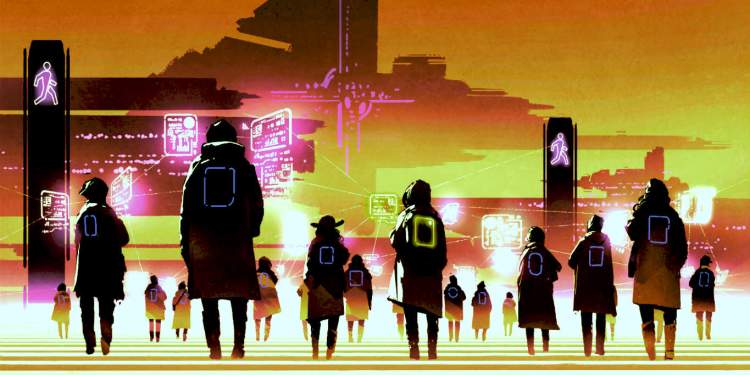 A crypto trader who called Bitcoin’s nosedive to around $4,000 in March is bullish on two altcoins and believes both may be on the verge of a parabolic eruption.

In a new post, the crypto strategist known in the industry as Capo is keeping a close watch on Ethereum/Bitcoin (ETH/BTC) as the pair may be at the early stages of a massive bull rally.

Based on Capo’s chart, ETH/BTC may have ended its two-year bear market as the pair prints consecutive higher highs and higher lows. Should the altcoin pair follow Capo’s script, it can skyrocket over 935% by the first quarter of 2022.

Capo is also looking Chainlink (LINK), which he predicts can meteorically rise above $880 before 2021 expires – representing an increase of over 8,700% in over 12 months.

How can this be bearish? pic.twitter.com/pwKR1uOvuP

As for Bitcoin, Capo thinks that the king cryptocurrency will continue to consolidate in the coming days before igniting a strong move up.

Meanwhile, DataDash founder and crypto analyst Nicholas Merten is cautiously optimistic on Bitcoin. In a new video, Merten says BTC is at a crucial level that it must hold to sustain the bullish trend.

“Bitcoin coming down here (around $13,300) over the last four hours, coming on to this very critical support line here that we saw where was resistance back here. It would be good if you wanted to make the narrative was going $14,000 or $14,500 here in this shortwave cycle that we’re currently in. You’d want to see this hold.

It’s looking relatively weak right now. The biggest four-hour candle volume since back here on the 31st of October. Might be enough to break it through and if we start to set in a lower low – this is our last really significant low here (around $13,200) – in that case, it would be spelling some bad news for Bitcoin.”

While analysts are not counting out a bullish rally in the short term, crypto analytics platform Santiment says that its market value to realized value (MVRV) metric, which tracks the average profit/loss of all BTC in circulation based on the current price, suggests that a Bitcoin sell-off event may be on the horizon.

“The new MVRV divergence model from Santimentfeed indicates that Bitcoin is in overbought territory, according to profits by average traders over various timeframes. Particularly in the past six- month time range, average BTC traders are +114.7% in profit.”