Shifting Tides in US Blockchain Regulation May Signal Brighter Days Ahead

by Sebastian Lopez
in HodlX 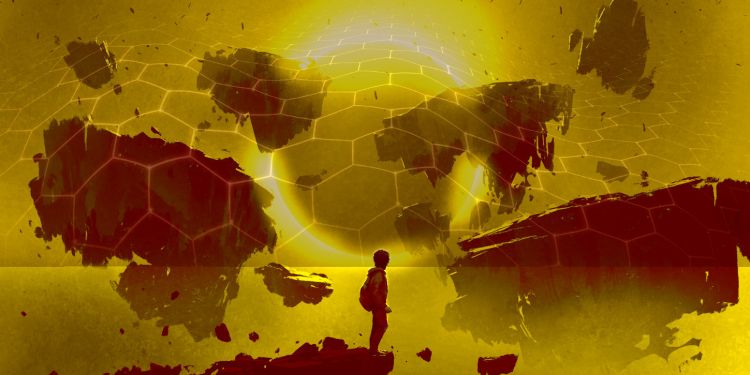 You don’t have to go far to find a blockchain startup that is flying blind due to a lack of regulatory clarity in the United States. Entrepreneurs and developers share in their frustration of not knowing where the battle lines by which they may operate are drawn. Not only has this stifled tech innovation but it has arguably cost the United States even more in the way of lost blockchain talent that has fled to places like Hong Kong, Singapore, Taiwan, Switzerland and beyond, where their ideas will be welcomed with open arms.

The lack of guardrails has been a source of confusion for US blockchain startups that are trying to bring the industry forward. It has been especially difficult for them to do so in an environment with a US securities law apparatus that is 100 years old. These laws were designed to regulate traditional financial services including banks, credit unions, investment funds and other legacy financial institutions.

Now they are being applied to startups that for all of their cutting-edge technology and groundbreaking prowess remain nascent and risky and simply cannot take on the same burdens as financial juggernauts – nor should they, considering they aren’t even the same thing.

Kiran Raj is chief strategy officer at US-based cryptocurrency exchange Bittrex with valuable experience in both the public and private sectors. If you asked him what is at the top of the company’s wish list, he would tell you “regulatory clarity.” He believes US-based blockchain startups are at a disadvantage in the current regulatory environment, going so far as to say that this lack of clarity has hurt tech innovation in the United States. It is this lack of clarity that forced the hand of Bittrex to expand into Europe where it can operate under the EU’s regulatory umbrella. Raj believes that it is not too late for the United States to catch up. Nonetheless, the clock is ticking.

SEC commissioner Hester Peirce, who is affectionately known as “Crypto Mom,” is one of the regulators on Capitol Hill who gets it. While she said at the recent 20/20 Vision: Blockchain & the Future of Law Symposium that she believes cryptocurrency assets could fit under the US securities law framework, she realizes that this is a tricky task, given the nimble nature of blockchain startups. And there is at least one facet of securities law that she agrees is a stretch.

Regulators have been applying what is known as the Howey test, which was a Supreme Court case decided in 1946, to cryptocurrencies. It relies on three criteria for determining whether an asset meets the definition of a security, one of which is that there is an expectation of profit from the investment. Commissioner Peirce makes the point that new tokens continue to break the mold every day, making it difficult to apply a blanket regulation to them.

“You can’t slap a label on tokens and say they are all securities, because there are a lot of differences.”

Commissioner Peirce also cheers states like Wyoming that have been out front in developing crypto-friendly legislation, which is actually attracting tech innovation to the state. Wyoming is behind the purpose depository institution (SPDI) law, which has paved the way for cryptocurrency firms to win bank charters in the state.

Companies like cryptocurrency exchange Kraken have scored this charter and have set up shop in Cheyenne, where the newly launched bank, Kraken Financial, will be able to create innovative products ranging from debit cards to IRAs to wealth management services. Kraken was recently joined by another Wyoming-based crypto startup, Avant, which scored its banking charter in October and is preparing to launch a tokenized US dollar.

“The joke is that Cheyenne is the new Boise, which sounds funny unless you know the tech boom that Boise had over the past decade or so. That’s looking likely to happen for Wyoming with fintech.”

Not to be outdone, there are some industry trailblazers in the private sector that appear to be nudging Washington, D.C. in the right direction. CoinFlip, a large Bitcoin ATM operator boasting over 1,000 machines across 45 states, has been out front playing a role in key legislative decisions in the states of California and New Jersey.

CoinFlip worked alongside the Blockchain Advocacy Coalition (BAC) to advance AB-2150, which is a bill to help establish the state of California as a blockchain cryptocurrency hub. The bill passed the Senate committee with flying colors over the summer, demonstrating that California doesn’t want to be left out in the cold on tech innovation. AB-2150 is designed to bring greater clarity to the role of digital currencies in the economy and in doing so shines a spotlight on the fact that Washington, D.C. is lagging.

Ben Weiss, COO of CoinFlip and member of the BAC, stated,

“AB-2150 is a step towards fostering an innovative business climate in California without jeopardizing consumer protections. California is a giant economy whose regulatory approach will have impacts worldwide. The state will lead the federal government that is slow to provide regulatory clarity. If we don’t act now, we will continue to lose much-needed businesses and jobs to countries that have moved quicker in this sector.”

The state of New Jersey is also looking to capture its piece of the blockchain innovation pie. New Jersey has recently advanced Assembly Bill 2891, which is dubbed the “Digital Asset and Blockchain Technology Act” and would pave the way for cryptocurrencies to be regulated in the state. Similar to California, New Jersey seeks to establish a set of consumer protections while also paving the way for blockchain startups to go through a licensing process, one that has the opposite effect of New York’s cumbersome BitLicense process, which has sent blockchain startups like ShapeShift packing from the state.

The push for regulatory clarity among states and blockchain companies comes as the industry got tired of waiting for policymakers to move. Blockchain pioneer and early Bitcoin investor Wences Casares is at the helm of Palo Alto-based Bitcoin wallet startup Xapo. He has been a leader in the space, having attracted $40 million in venture capital to his company. Casares has long described the cryptocurrency industry as a social experiment, one whose chances for success were likely but not guaranteed. Over the years, he has also expressed the role that he believes regulation should play in the market.

Casares believes that Bitcoin should be regulated in a way that is similar to rival store of value asset gold, having pointed out that the precious metal is also decentralized given that its nature is set by Mother Nature rather than a government. He believes that Bitcoin should have basic consumer protections to prevent criminal activities but he also suggests that regulators might be making it harder than it needs to be. He also suggested back in 2014 that Bitcoin be regulated under the existing regulations for cash, which despite its anonymity feature still manages to operate in a regulated environment.

Washington, D.C. has already proven that it is asleep at the wheel, so the actions of major businesses and crypto-friendly states will prove to be crucial in the end.

Sebastian is a financial consultant for a leading European consultancy. He is a specialist in cryptocurrency regulation and compliance, and advises clients on bringing fintech solutions to market.