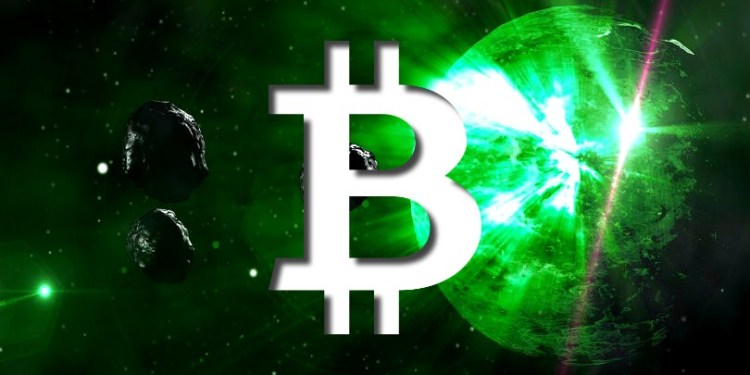 The CEO and CIO of investment management firm Morgan Creek Digital says a perfect storm to drive the price of Bitcoin higher is brewing.

In an interview on CNBC, Mark Yusko asserts that Bitcoin is primed to soar as central banks continue to devalue the dollar by printing more money in response to growing debt and pandemic-related economic crises.

“We have the perfect storm for why Bitcoin is doing so well and why it will continue to do so well. We have aging demographics in the Western world, we have massive debt, massive personal debt, massive corporate debt, massive government debt, and it’s getting worse with all the impact of Covid… The response from central banks is to print money, and when you print more of something, what happens to its value? It goes down.

So Bitcoin is one of the only sound moneys on the planet. You have [gold], silver and now you have digital gold: Bitcoin. So when a scarce asset is compared to a not scarce asset, we have what we call the ‘fiat fiasco.’ And it’s been going on really since the 70s and if you look at the value of money, it’s continued to be destroyed by the creation of it. Bitcoin does the opposite. We know how much Bitcoin is going to be created every day for the next 140 years, and it’s controlled by math, not by individuals.”

Talking about Bitcoin’s sharp price fluctuations, Yusko points to the dollar’s early price swings, suggesting that Bitcoin simply needs some time to mature out of its own volatility.

“It’s programmable money. When money is young, money is very volatile. Think about when the dollar was first used, it had wild swings, because people didn’t know what it was. The dollar has only been around since the 1700s. It’s a very young currency. And currencies over time have been spectacularly volatile…

As Bitcoin continues on what Yusko believes is its journey toward being viewed as digital money, the Morgan Creek Digital head explains that Bitcoin will likely become the scarcest asset on the planet.

“The best-performing asset over the last decade is not stocks, it’s not even Bitcoin… It’s actually collectible Porches because there’s only three guys in the world that buy them: Jerry Seinfeld, Jay Leno, and Jon Shirley at Microsoft. When there’s limited supply… and rising demand, prices rise. So the price will continue to rise for Bitcoin forever.

Now what will happen over time is it will split into units of measure called Satoshis, [which are] eight decimal places. We have about a hundred billion satoshis and so if you think about any scarce asset…

Bitcoin actually is the scarcest asset in the world based on the stock-to-flow measure.”