The Polkadot Multi-Chain: Building Out the Blockchain Superhighway

by Nikolaos Kostopoulos
in HodlX 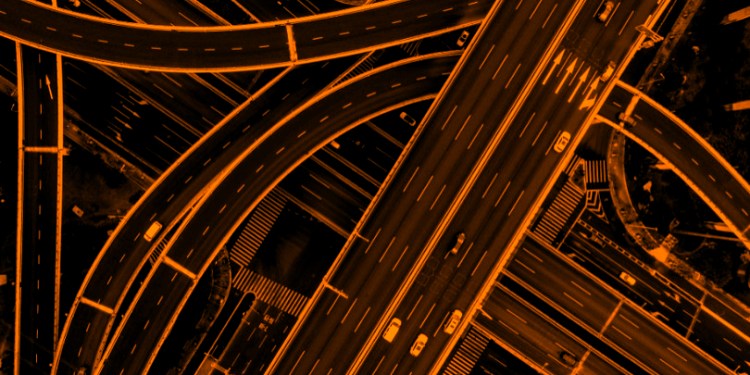 The race to build a better blockchain is intense. But Gavin Woods, co-founder of the Ethereum blockchain, did not set out to create the best blockchain when he launched the Polkadot blockchain this year. Polkadot’s aim is to combine the best of all blockchains through its interoperable protocol.

Polkadot is an ecosystem of interoperable blockchains called parachains. These chains operate in parallel on the highly scalable Polkadot fabric. Parachains serve diverse functions working as the following:

Each parachain is a sovereign blockchain with its own tokens.

The Polkadot multi-chain fabric was built on the Substrate blockchain but owes much to the community of Ethereum developers. With next-gen Ethereum features like sharding and parallelization, Polkadot is emerging as the blockchain superhighway. The blockchain’s true potential is unleashed when the ecosystem can draw on the strengths of each chain and share resources and transfer value.

Following are some of the parachains building out increased functionality and services by leveraging the competencies of other parachains on the Polkadot multi-chain.

According to the blockchain marketplace Dapp.com, there are currently 44 DApps building on Polkadot. The total number of ecosystem developers exceeds 300 projects, according to PolkaProject.

The fast growth of the network is also indicated by the number of explorers (more than 10 explorers provide data about Polkadot) and the wallets (27), which have extended support for Polkadot.

The network is growing quite fast, onboarding 500 – 1,500 new accounts on a daily basis.

Below, we present five projects that are getting the most traction in these (still) early days for Polkadot.

It represents extensibility and a synergetic increase to the off-chain workers’ capability as it will provide not only access, management, insights and coordination to a greater array of data sources, but also bolster the validity and decentralization of the data sources themselves.

On October 29th, the project was officially admitted into the Web3 grant list and began its development with full force with the first PoC product expected to be rolled out in Q4 2020. It also announced the completion of seed round financing in November, receiving $1.1 million from large institutional investors including Digital Strategies, SigNum Capital, PNYX Ventures, AU21 Capital, Moonrock Capital, CMS, ZMT Capital, Tenzor Capital and Rarestone Capital.

Kylin Network is committed to building a cross-chain platform that will power the data economy on Polkadot. It strives to become the data infrastructure for DeFi and Web 3.0 applications on Polkadot and provide them with secure, reliable and cost-effective data sources and analytic services.

The PAID Network has joined PolkaDot multi-chain so that anyone on any blockchain can benefit from its DeFi legal system rolled into a smart contract. Business disputes and litigation slow business growth and tie up court systems. Small businesses alone spend on average $20,000 on business litigation annually.

Smart contracts issued on the blockchain digital ledger make it easy to enter into business transactions, but businesses still face a myriad of legal risks. To mitigate these risks, PAID has developed a free smart contract to make doing business easy, secure and low-cost.

PAID’s digital legal services are easily accessible on mobile apps or the web. Choose the SMART Agreement template that meets your legal needs, fill in the terms and execute the contract. Ensuring your contract is legally secure is that easy.

If a dispute does arise, parties have access to a community-governed arbitration.

Another PolkaDot parachain, the Plasm Network, provides middle layer protocols to support DeFi protocols. PAID will use Plasm to expand its DeFi services. They currently include insurance, staking and peer-to-peer reputation scoring.

Kusama is the rebel parachain on Polkadot. Kusama builds on Polkadot code to provide next-generation features not available on Polkadot, including improvements in interoperability and scalability.

Since its launch in 2019, Kusama’s token has shot into the top 50 on CoinMarketCap. Its founder Gavin Woods – also co-founder of Ethereum, PolkaDot and Parity Technologies – has given the project a huge boost with his blockchain dev experience and creds. The blockchain development platform aims to ensure the blockchains connecting to Polkadot’s chain of parachains are high performance. Kusama is built on Parity Technologies’ blockchain building kit.

The above use cases provide a glimpse of the many ways parachains are building out functionality and enhanced products and services by deploying across other parachains. If you want to follow the future of business and society on the blockchain, keep a close eye on the Polkadot ecosystem.

Ocean Protocol is breaking down enterprise data silos to host and support curated big data marketplaces. The more data sources Ocean can access, the higher its data value. As a parachain, Ocean has the potential to access data from the over 300 parachains currently operating on Pokadot.

Decentralized data marketplaces set up shop on Ocean’s parachain to buy and sell the curated data. Businesses are hungry for quality data to feed into their artificial intelligence and machine learning systems. Polkadot has many blockchains hosting enterprises and other generators of data. The more blockchain Ocean Protocol can extract data from, the higher quality the data and value to businesses.

Polkadot has the scalability required for big data collection and curation. Digital ledger technology (DLT) can collect data anonymously in a transparent and secure environment.

This allows data providers to share their data while maintaining control over it. In addition to data providers and consumers, network keepers earn fees on Ocean’s protocol by running nodes within the network.

AAVE is a lending protocol on Polkadot. The popular DeFi DApp uses Chainlink to aggregate off-chain pricing data on lending rates. By using the decentralized oracle network, AAVE avoids having one point of failure for its pricing data. Chainlink brings reliability and data integrity.

Depositors provide liquidity to lending pools in exchange for aTokens. aTokens earn interest on the deposits. Borrowers can obtain collateralized and uncollateralized loans from the pools. The loan rates are weight-adjusted based on the oracle feed rates. This trustless approach ensures fairer pricing. The ability of Polkadot protocol to run transactions in parallel – for instance, pricing loans, staking collateral and depositing the loan – makes flash loans possible.

Nikolaos Kostopoulos is a fintech advisor incumbent with a focus on capital markets and asset tokenization. Nikolaos is a pioneer in the consensus industry since early 2015. He is an early adopter and enthusiastic evangelist for decentralized technology as a way to improve many aspects of the modern world. His master’s thesis, “Developing an Optimal Financial and Regulatory Governance Mechanism for Cryptocurrencies in the European Union,” was among the very first academic papers to argue the need and method for regulating cryptocurrencies in the European Union. Nikolaos is a frequent speaker at financial events related to regulation and security.