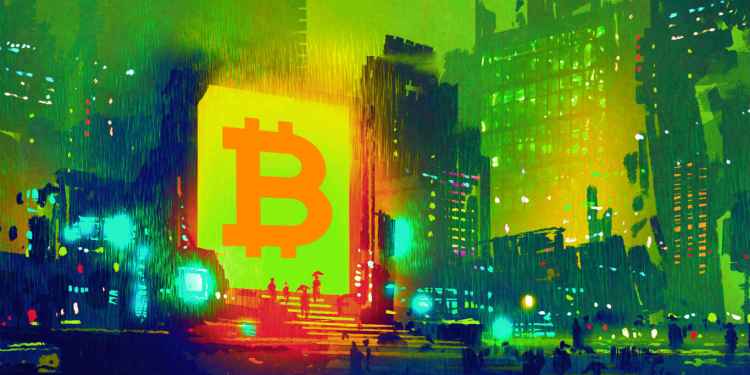 Institutional quantitative investor and creator of the BTC stock-to-flow valuation model PlanB says Bitcoin’s unique scarcity is setting up the leading cryptocurrency to surge in 2021.

In a new interview with SALT Talks, PlanB advertises a bullish 2021 ride for the leading cryptocurrency. The experienced Dutch analyst hypothesizes that Bitcoin’s value can skyrocket to $300,000 before the end of 2021.

“If you look at the trajectory [of] what we had [the] last 10 years, where it could go to the levels of gold and real estate, then I expect Bitcoin to do another 10x or 20x. So, it will go to well north of $100,000 maybe north of $300,000 before Christmas next year. And that sounds really bullish. That sounds maybe ridiculous to some people, but we’ve done that three times before. And it’s a very asymmetric return; years of nothing, some big crashes, and then an enormous bull year that I think will happen next year.”

PlanB’s bullish evaluation is in part due to Bitcoin’s scarce nature, citing Bitcoin’s fixed supply and the halving events that decrease the amount of BTC being mined each year.

“It was 25 [Bitcoin] when it started in January 2009 when Satoshi mined the first block with 50 Bitcoins every 10 minutes. So we’re now at 6.25 and that will halve for the next 100 years. So, yeah supply will be taken out. If you want Bitcoin, you will have to convince somebody else to give it up to sell it to you.

And of course, that does something with the price, but fundamentally, from a first principle point of view, scarce assets are worth more than abundant assets. Bitcoin is the first absolute scarce asset. You cannot alter the supply, change the supply even when [its] price rises. You cannot increase the supply because it’s mathematically in the protocol. And that’s very unique.”

PlanB also says he is a “Bitcoin maximalist,” revealing that he believes Bitcoin is poised to win in a winner-takes-all game.

“I think it’s [a] winner takes all game. I think that lot of the confusion there comes from the fact that some people see Bitcoin and other coins as products or companies. You can have multiple products and some products will win, and the other products will lose, or multiple companies can coexist together, which is a very logical view.

But Bitcoin, in my view, is not a company. It’s a protocol… It’s a protocol and of course, you can only have one protocol, especially a money protocol. In my eyes, it doesn’t make sense to have in 2020 and beyond multiple currencies, like we have today, where it’s much more efficient to have one monetary protocol, which is Bitcoin. I’m what they call a maximalist, but I don’t like the term.”

Though he thinks Bitcoin is ready to go parabolic next year, like with any great technological innovation in history, PlanB says BTC is vulnerable to government and regulatory interference.

“The biggest risk that people see is [a] government ban or regulation… Governments have been against Bitcoin openly, but also, especially trying to kill the predecessors of Bitcoin. Bitcoin was not the first digital currency. It was the fourth or fifth of even the sixth. All the others were shut down by [the] government because it was not peer-to-peer or the inventor was not anonymous, so they just shut them down. And well look what they did to Libra from Facebook. So in a way, Bitcoin was specially designed for this risk.”

However, PlanB ultimately believes regulations are bound to ease up and become more reasonable towards technologies that are changing lives.

“Right when the cars were invented, there was this rule that if you had a car, you also had to employ a person that walked in front of the car with a red flag, because otherwise there would be a danger for the pedestrians and the cyclists. So, every new technology brings its own suite of stupid regulation, but in the end that regulation will improve and be more reasonable.”