Ready, Set, Go: 4 Key Reasons Why Bitcoin Is on the Move

by Maria Stankevich
in HodlX 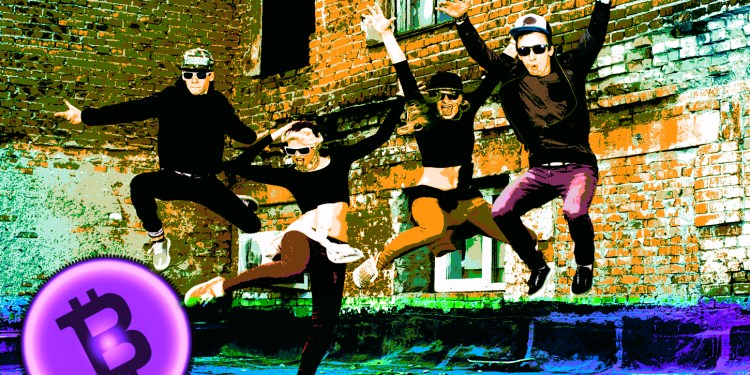 The most recent wave of growth in the value of the first cryptocurrency began on December 11th, after falling to a local minimum of $17,500.

One possible reason for the new ATH is the multimillion dollar liquidation of short positions of traders on crypto exchanges. Over the past 24 hours, positions of 78,900 traders ($1.1 billion) were forcibly closed.

When the price rises sharply, the exchanges begin to forcibly close short positions in order not to lose money. Usually, it dramatically changes the ratio of buy-sell transactions, and we see even bigger growth.

The second reason is the Chicago Mercantile Exchange, the world’s leading and most diverse derivatives marketplace, which announced the intention to launch Ether futures starting February 8, 2021, pending regulatory review. Ether futures will join CME Group’s Bitcoin futures and options. As CME Bitcoin futures approach their third anniversary on December 17, there has been significant growth in adoption from a broad array of participants, including institutional investors.

The third reason is the big BTC purchase announcement by the investment fund Ruffer Investment Company. The UK-based company said it has allocated $744 million in Bitcoin to preserve the value of its assets against fiat devaluation. According to the firm, its Bitcoin investment is a defensive move, diversifying the company’s investments in gold and inflation-linked bonds. It further added that Bitcoin acts as a hedge against inflation and other monetary risks.

Last but not least is the two-day meeting of the Federal Reserve from December 15-16. The US regulator kept the key rate at a record low level (in the range of 0-0.25%). The FRS also maintained a $120 billion-per-month asset buyback program, with the possibility to increase it, if necessary.

The unprecedented injection of liquidity into the economies of developed countries was the main driver of Bitcoin’s growth in 2020. A similar statement by the FRS at its last meeting this year could have become an additional trigger for the growth of Bitcoin, especially since the US dollar mirrors Bitcoin’s dynamics – only in the opposite direction.

All these reasons were backed by very important premises, including the US presidential election, the launch of PayPal’s new cryptocurrency service and Europe’s second wave of the Covid-19 pandemic.

As for the US elections, many experts have expressed their opinion in support of the growth of Bitcoin in the event of Joe Biden’s victory, and vice versa if Trump becomes the winner. It is well-known that Trump has a negative opinion in regard to cryptocurrency, which, in his view, cannot be considered as money since their value is highly volatile.

Overall, the state of uncertainty surrounding the US elections was quite high, which played a major role in the rise of Bitcoin – the more volatile the market, the weaker the US dollar and, therefore, the stronger cryptocurrency becomes.

As aforementioned, another premise for Bitcoin’s rise was the launch of PayPal’s new cryptocurrency service, which enables PayPal account holders in the US to buy, hold and sell cryptocurrency on PayPal. This development enabled cryptocurrency to become a source of funding for e-commerce at its 26 million merchants. PayPal’s announcement caused Bitcoin’s price to rise by more than 5% and to exceed $12,400 that day. PayPal’s support of cryptocurrency has made a strong influence on the market as it drives the global use of virtual coins and accelerates the adoption as well as the use of new digital currencies.

Finally, there’s Europe’s second wave of Covid-19, which also played a role in Bitcoin’s October growth. High market uncertainty and the overall economic state have forced investors to transfer their assets to safer places in order to protect their savings from possible inflation. Since Bitcoin is often referred to as a “digital gold” and is considered the world’s most widely adopted cryptocurrency, it has presented an attractive long-term investment compared to cash. Similar to investors, households preparing for the possible depreciation of national fiat currencies by central banks, viewed Bitcoin as a safe alternative to savings.

As 2020 shows, the future seems highly uncertain, unlikely to be planned and predicted, which will undoubtedly force people to look for new ways to preserve the value of their assets and hedge inflation. Thereby, Bitcoin’s glory is likely to gain further strength due to its competitive advantages during turbulent times.

If we talk about the price outlook for the first cryptocurrency, the following local targets of the upward movement can be distinguished – 23,500 and 25,000. An unsuccessful breakout of these designated levels will provoke a correction to the nearest support zone – 19,500 – 20,000.

Maria Stankevich is the chief business development director at the EXMO Cryptocurrency Exchange. Journalist turned digital account head, turned head of communications, she managed PR and digital communications for clients such as Unilever, Rosneft, Red Bull, Megafon, Aeroflot, Inter RAO and more. Two years ago she joined the EXMO team, first as the head of communications and then as CBDO. In 2019, she won the award, “Top Person of the Year in Blockchain and Crypto,” according to the international Blockchain Life event. Now for EXMO, Maria manages new markets, listings and IEO services, partnerships with banks and payment systems, and VIP traders relations.