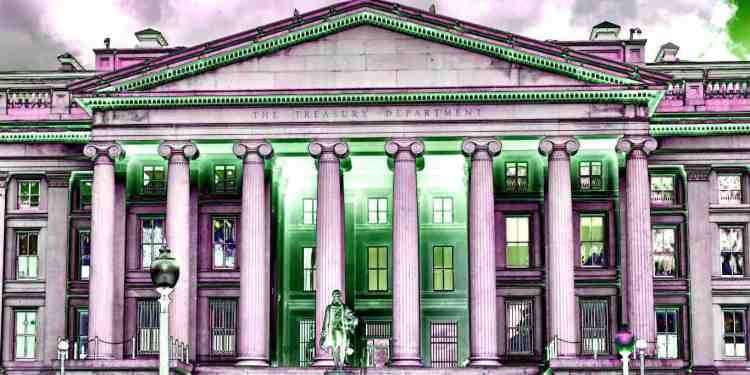 The Financial Crimes Enforcement Network (FinCEN), an agency of the US Treasury Department, has proposed a new set of rules that would require financial institutions to keep a record of certain transactions sent to private cryptocurrency wallets.

According to the proposed rules, if a customer moves $10,000 or more in cryptocurrency in a 24-hour period, banks and money service providers are required to send data on the transaction directly to FinCEN. That data includes the name and physical address of the customer who sent the cryptocurrency to a private wallet.

The rules also mandate that companies keep a record of all transactions sent to private, unhosted crypto wallets if the transaction is worth $3,000 or more.

FinCen says it’s also creating a new rule to prohibit “structuring,” which it defines as an attempt to break down large amounts of cryptocurrencies such as Bitcoin into smaller transactions to avoid reporting requirements.

FinCEN says the new requirements are necessary to address concerns about national security.

“The proposal seeks to establish appropriate controls to protect United States national security from a variety of threats from foreign nations and foreign actors, including state-sponsored ransomware and cybersecurity attacks, sanctions evasion, and financing of global terrorism, among others.”

Crypto lawyer and Compound general counsel, Jake Chervinsky, calls the proposed rule a terrible idea that could have been worse.

“Let’s look on the bright side for a minute. This doesn’t require KYC for every transaction with a non-custodial wallet. It isn’t an outright ban on self-custody. It doesn’t prohibit the act of using a permissionless network…

But it’s still an awful rule. I’ll give you three reasons why. (There are more.) First, it does nothing to accomplish its stated goals. Even if illicit activity was a major problem (it isn’t), this won’t stop the flow of funds to bad actors or help law enforcement do its job.

It doesn’t stop VASP customers from transacting with bad guys. It just forces them to pay an extra fee to withdraw to their own wallet first. It also doesn’t give investigators any new information. VASPs already KYC their customers and keep records of transactions.

Second, it infringes on US citizens’ financial privacy rights. Today, law enforcement has to subpoena VASPs to get information about customers. VASPs can, should, and often do challenge these. This rule would force VASPs to hand over that information automatically, every time.

Third, the rule is vague and ambiguous. How exactly can a VASP obtain the name & physical address of the owner of a non-custodial wallet? How does someone prove that they “own” a private key? What about non-custodial smart contracts — who owns them? The rule doesn’t say.”

Chervinsky also says the 15-day window for public comment on the rule is “entirely out of order”.

“The Administrative Procedures Act (APA) requires agencies to provide notice of proposed rules & give the public “an opportunity to participate in the rulemaking through submission of written data, views, or arguments.” The law says these mandates are “not mere formalities.”

Regular order calls for an agency to accept public comment for at least 60 days for “significant” rules. It can be longer. FinCEN is giving us 15. At the end of December. With one month left before a new president is sworn in. There’s a name for this: “midnight rulemaking.”

Midnight rulemaking implies that an agency isn’t giving the public a genuine opportunity to participate in the rulemaking process, but rather trying to force through a predetermined result. Courts don’t take kindly to this. Midnight rules are often struck down under the APA.”

The new rules are open for public comment until January 4th, 2021.