What Is Good Money?

by Logan Fulcher
in HodlX 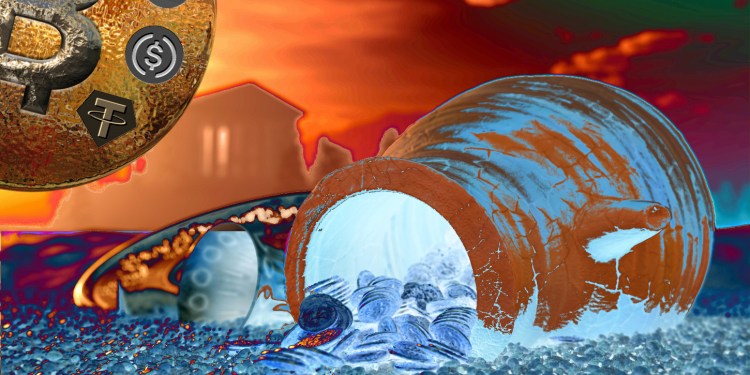 From salt and rice to gold and paper notes, money has taken many forms over the ages. The 21st century has witnessed new forms of currency, and as result, many critically thinking people are now asking themselves, “What is money and what is value?” If one places side by side the forms of money throughout history, it becomes apparent that the “effectiveness” of a currency can be measured against four key characteristics, and the best form of money should be

To examine how these can be applied, let’s consider a few different forms of money and see how each one of our attributes is measured against it.

The famous “paper” bill. Fiat is the most common form of money, and it is backed by something valuable – the word of the government. A system of fair laws or the threat of violence – either can “instill” value and uphold a national currency that will typically be accepted for exchange throughout a nation. Note – the power of a government’s backing can erode, and in certain scenarios, the fiat money issued by the government becomes unacceptable even within that country (exhibit A – the Zimbabweam dollar).

Generally speaking, though, you can use fiat money for all day-to-day transactions – shopping, investing, speculative trading, etc. The country can mint its own currency in an almost unlimited fashion, and while the currency can be subject to certain pressures, such as inflation, there are no real hard constraints. It’s a double-edged sword, as this makes it vulnerable to manipulation.

Under the umbrella of fiat, there is an interesting sub category which I would be remiss to not address – banks. Most of the money in circulation today is not issued by the state, but rather, created by banks. I am not going to go into the details of the fractional reserve, but essentially, they create money when they issue a loan. The bank simply takes charge over some valuable collateral and then makes a ledger entry in their system that the person borrowing has a claim to a certain amount.

Magic money? How does it work? Let’s apply our four “characteristics” of good money. We already realize that the minting mechanism is well suited to scale to an ever growing population and economy, but is it backed by something valuable? Yes – check. Banks are part of an interconnected banking network and have recognition from the state that they will accept a bank ledger entry as a valid claim. What this means is you can withdraw your claim in the form of hard notes from the bank or transfer that balance to someone else using the same network. The bank effectively acts as a node among a network of nodes that has the right to mint money, provided it meets certain benchmarks.

Gold meets the first two criteria. It is backed by something valuable, and most other people will be willing to accept it in exchange for other valuable things.

However, it fails on the next two criteria, as it is no longer used for day-to-day transactions. The reason gold lost this role was because it could not be dynamically adjusted to the needs of an expanding economy. One of the big reasons depressions used to last so long was because demand would be destroyed and the economy would enter a so-called “Mexican standoff,” where everyone was waiting for someone else to take the initiative.

Only when the gold standard was dropped conclusively did it become possible for governments to step in and create backstop demand, as well as address market failure situations.

The king of crypto. Bitcoin is often called “digital gold” by its proponents, and that is true based on some criteria but not others. One major difference between BTC and gold is that at least gold was used as money for a large period of history. Now, over a decade since inception, BTC still has not become a viable mode of conducting transactions on a day-to-day basis. BTC also suffers the same flaw that gold has in that it cannot be dynamically adjusted to meet the needs of a growing economy and ends up being deflationary.

Stablecoins start making things a bit more meaningful – they are typically pegged to the US dollar, which is valuable. The successful stablecoins are accepted as a means of exchange by others who are willing to accept them in return for other goods and services. However, there are a variety of them, each with their own nuanced characteristics. Let’s examine some of the most well-known stablecoins – USDC, USDT, DAI and sUSD.

USDC is purely custodial and is backed 1:1 with actual dollars. On the other hand, USDT may be more like fiat than we thought and indeed may be significantly backed by “make believe,” as there has yet to be any evidence provided by Tether to support their claims in this regard – believe it or not, this is the biggest stablecoin. DAI is backed by an algorithm and a range of collateral, predominantly ETH. sUSD is backed by SNX and has a different mechanism to DAI to achieve its peg. So, how do these stablecoins stack up against our more traditional currency options?

All four meet the first two parameters. However, there are also some potentially fatal flaws, which are notably outstanding, particularly regarding USDC and USDT.

Proponents might be willing to overlook some of this and argue that fiat is based on collective delusion as well. However, fiat is backed by the rule of law with enforcement via the threat of harm or imprisonment. USDT does not benefit from this systemic support, has often flirted with oblivion, and one day will likely face a day of reckoning. Conversely, sUSD and DAI are not backed by fiat, nor “magic,” nor government and are perhaps technologically unique from USDC and USDT.

Synthetix’s sUSD has a crude but effective self-sealing mechanism. Its native token SNX is used as collateral and upon staking, you get sUSD. They have network effects where they have built a trading platform where the sUSD is accepted, and they also incentivize those who provide liquidity to sUSD on Uniswap.

It could be said that sUSD is on shaky ground regarding the first criteria. Yes, it is backed by SNX, but that may or may not be viable in the long run. Currently, the value of SNX is linked to the successful adoption of its trading platform, so at least for now, we can say that sUSD is backed by something valuable.

Its ability to fulfill the second criteria is expanding and achieves this by providing incentivization to those who accept sUSD outside of the system. Being pegged to USD, it can be used for daily transactions and is already used for something interesting, which is its trading platform. Also uncertain for sUSD is the fourth criteria, as the value of sUSD is linked directly to the success of its trading platform and may find limits when trying to scale up beyond the limits of the collateral in the exchange.

DAI, in the author’s humble opinion, is perhaps the strongest of the bunch, and has recently moved beyond ETH with plans to accept invoices, real estate and other real-world assets as collateral. Its mechanism for maintaining parity with the dollar is fairly complex – a synthetic is minted by locking in some collateral while a system of arbitrage by third parties ensures that the peg is held.

Technically, DAI can scale effectively, especially now that it will allow other assets beyond ETH. The downside, however, is that DAI has been struggling to hold its peg due to the significantly complicated arbitrage system that it uses to maintain that peg. It has multiple “tiers of levers,” which it tries to pull actively to achieve dollar parity, but it routinely struggles with that goal and as a result, has been losing market share steadily.

So, if we can overlap all of those strengths and weaknesses, an unfilled niche begins to take form – a stablecoin that accepts various forms of collateral, like DAI, but with the addition of off-chain collateral and an improved mechanism to meet its peg.

It would have a trading system, money market and various other applications designed to accept that token and would also have an incentivized liquidity pool against other stablecoins, where those who provide liquidity are rewarded with the yield as well as governance tokens. The governance token holders can then vote on which collateral can be accepted, as well as get fees from the platform.

Initially, only the most liquid on-chain assets would be acceptable as collateral. Thus, BTC stands out with orders of magnitude higher liquidity than any other coin or token. For ETH-based DeFi, RenBTC or wrapped BTC would be great options.

Later, real-world assets can be directly added as collateral and be used to mint the stablecoin. The minting can be done in a federated manner where anyone who has the assets that meet the benchmark is able to mint it. The road map for collateral would look something like this.

The future for the landscape of stablecoins is an exciting one, and the race for “stable supremacy” has only just begun. The future seems to point towards a winner backed by a variety of on- and off-chain assets, and indeed may be the mechanism through which DeFi will “eat” traditional finance. There are now a number of projects in the space that are working individually or collectively towards this pure money goal, and there are too many to list them all – but Konkrete, Realt.co, Maker, UMA and OpenDAO all seem to be integral layers of the 4D puzzle. Accordingly, there is a very high likelihood that the digital asset space “at large” will be graced with a superior stablecoin in 2021 as the market continues to bullishly expand and the need for something more whole becomes undeniable.

Logan Fulcher is from the midwestern United States but has been living in East Asia for over 10 years. He bought his first Bitcoin in 2014 and hasn’t looked back. In the past few years, he was an entrepreneur and went on to help several successful start-ups in Japan, while also actively trading cryptocurrencies – first as a hobby, then as a part-time way to generate income. He joined OpenDAO in September 2020 and helps them create more brand awareness. Aside from that, he is also a successful artist.