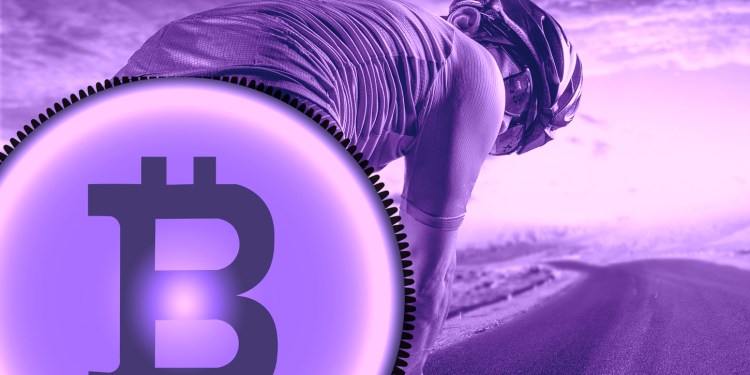 Bitcoin has seen some impressive progress in 2020, despite this year having been devastating for the world – marked by the Covid-19 pandemic, protests, natural disasters and more.

The global economy has suffered a major meltdown, with prices of every asset plummeting down. Unemployment rates have skyrocketed. Businesses shut down and many had to change their practices and have their employees work from home. Not to mention that the future of the economy and traditional currencies are endangered due to the banks’ decision to print more money to accommodate those who could not earn during the time of crisis.

Even the crypto industry saw a strong price crash in mid-March of this year. Bitcoin itself went from over $10,200 on February 14th to half that price by March 14th.

However, while every other sector, area and the industry still likely have years of recovery, Bitcoin not only saw a full rebound – it reached entirely new heights, going higher than ever before.

On January 1st, 2020, the Bitcoin price sat at $7,238. The coin then participated in a rally that started in early January and ended in mid-February, reaching nearly $10,300. However, just as BTC was approaching this level, the bullish wave subsided and a correction took place.

The coin’s drop was stopped by a support at $8,500, and just as another surge was preparing to start – Covid-19 fears forced the entire crypto industry to crash.

The crash is believed to have been caused by the crypto industry’s correlation with the stock market, which plummeted only days before digital currencies did. But unlike the stock market, crypto recovery started as soon as the coins hit bottom.

BTC was back to its pre-crash levels in about a month and a half, or by early May. The coin then spent the first half of the summer trading sideways, fluctuating between $9,200 and $9,500. This changed in late July, when BTC finally managed to break the resistance at $9,500 and surge all the way up to $12,000.

This level held it down until early September when the price once again dropped, this time to a support at $10,000. About a month later, BTC started a surge that allowed it to skyrocket to mid-$19,000, with the long-awaited $20,000 mark arriving in mid-December.

BTC has been making new records every other day for nearly a week now, with its current all-time high sitting at $24,209.66, as achieved on December 20th, 2020 – only one day before the three-year anniversary of reaching its historic $20,000 mark for the first time, which took place in 2017.

What happened to cause Bitcoin growth in 2020

Bitcoin has had a successful year outside of the price range as well. The coin has been attracting the attention of institutional investors throughout the year. Companies such as Grayscale and Microstrategy have been reporting increased demand for Bitcoin, and they purchased massive amounts on their clients’ behalf.

Numerous predictions stated that the scarcity caused by this interest might be one of the big factors that could lead to the next Bitcoin price surge.

It is also worth noting that this was a year when Bitcoin had its third halving, which caused its block rewards to get cut in half. The halving took place on May 11th. Before this, the block rewards sat at $12.5 BTC per block. Now the rewards will be only $6.25.

This also led many to believe that the BTC price is going to grow, as the same result happened after previous halvings. Of course, there are some deniers of this theory, such as Ethereum’s Vitalik Buterin. Buterin noted that there is no evidence that would indicate that halving causes price surges, apart from the fact that historically major price growth comes approximately 18 months after the halving.

This time the surge seemingly came much sooner, which may be the consequence of increased demand, since Bitcoin is much better known these days than the last time the halving happened.

Another big development that could have caused the BTC price to skyrocket was the recent announcement by PayPal, the world’s largest online payments service. PayPal revealed plans to add support for cryptocurrency within its own platform. Bitcoin, as well as a handful of other coins, are the first to be listed.

PayPal already allowed US citizens to start using crypto on its platform, with the same features scheduled to arrive in 2021 for the rest of the world. This was a massive move for Bitcoin due to PayPal’s reach and trustworthiness. If nothing else, the company’s decision certainly at least helped raise awareness and get more people interested in BTC, or maybe even make a few skeptics change their minds.

And of course, there is the fact that Bitcoin has performed better than any other asset during the Covid-19 crisis, which is after all its purpose – to provide an alternative when all else fails.

As a result of all of this, the coin has set a new record for itself, surging by 25% in a single week. This is impressive for any cryptocurrency. However, when Bitcoin does it – it is nothing short of a game changer.

What will happen to Bitcoin in 2021

Lastly, there are plenty of demands for Bitcoin price predictions for 2021. While 2020 allowed it to reach its old ATH and even exceed it by a bit, 2021 is expected to be the year when Bitcoin will truly thrive and impress.

If this positive trajectory continues in Q4, the price level of $90,000 would not be an impossibility.

The stock-to-flow model has been extremely accurate when it comes to predicting the coin’s price action. On the fundamental level, BTC scarcity is highly correlated with the value of the network, especially since its rate of production dropped.

Lastly, there is also the increasing demand from institutional investors who are looking to hedge against inflation, which could cause the price to double within only a few months since achieving this recent milestone.

Konstantin Anissimov, executive director of the international cryptocurrency exchange CEX.IO. Graduated from the executive MBA program at the University of Cambridge. His area of responsibility at CEX.IO includes customer relationships with institutional and VIP clients, overseeing the creation of the company’s development strategy, new products, markets and partnerships. As a member of the board of directors, Konstantin is also responsible for corporate governance.