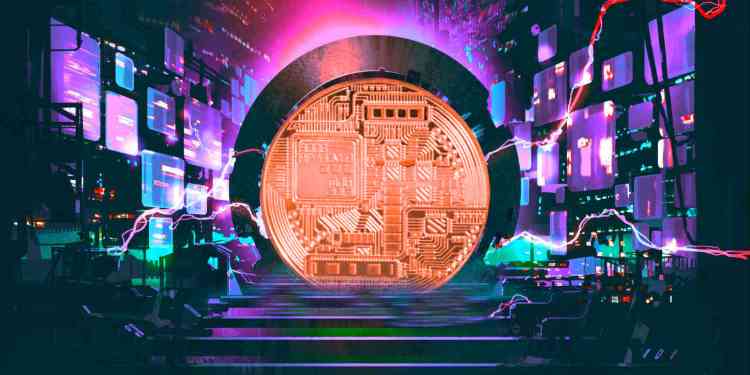 In a new video, Davis spotlights five crypto assets that he believes will print massive gains in 2021. His first four picks all land in the top ten assets by market cap, but the analyst’s last pick could take some by surprise.

Smart contract platform Elrond (EGLD), which sits at the 49th spot in overall market cap, is Davis’ ‘dark horse’ pick for this altseason.

“Elrond is basically everything ETH 2.0 wants to be, but today. They even had a massive shakeup to the tokenomics with a push for Bitcoin-like scarcity and Ethereum-like functionality… I think this is going to be an absolute star of the bull run so make sure to have this one on your radar…

Elrond has more partners than a lot of these chains that have been around for three or four years have. It’s incredible, the ecosystem they’ve already built out… Elrond has been able to create this unbelievable exosystem really only behind Ethereum or Polkadot.”

The Elrond team has also improved upon crypto wallets of the past with the Maiar digital wallet.

“Now this is a big step in terms of crypto wallet technology. So what the Maiar wallet is doing is they’re actually creating a unique and secure account for you registered on teh blockchain and they do that using a cryptographic hash of the user’s phone number. So this is an interesting extra layer of security and technology for your crypto wallet.”

Aside from Elrond, Davis highlights four of the biggest players in the space as projects that will moon during this bull cycle. The first of the big cap plays is Ethereum (ETH), the most well-known smart contract platform.

“Now that we have Ethereum 2.0 Genesis launched in December, I just feel like nothing can stop the rise of Ethereum to just continue to absolutely dominate the smart contract platform space. It is the undisputed home of DeFi with the majority of major protocols built on Ethereum. It also settled more value on chain than Bitcoin in 2020. It’ll probably do that again in 2021.”

His bullishness on smart-contract platforms doesn’t end there: He’s also optimistic about Cardano (ADA), especially after the launch of staking rewards in 2020, which he says gave investors a lot of confidence in the “slow-burn coin.”

“If Cardano finally delivers on its big vision, then it will be a force to be reckoned with. Smart contracts are currently on schedule to be rolled out fully on the chain in Q1 of 2021. This is going to be really big. It’s finally going to enable Cardano to build really just a strong ecosystem.”

The other smart contract platform Davis is bullish on is none other than, Polkadot (DOT). He predicts numerous assets built on Polkadot will be good investments, though he recommends buying DOT, a “slower, safer play” that acts like a broad index of the entire ecosystem. The analyst says it could hit $100 this bull run, more than 10x its value at time of writing.

“With the huge number of new DeFi players entering the industry, I would expect that the amount of applications using Chainlink are probably going to at least double in 2021 if not even more than that…