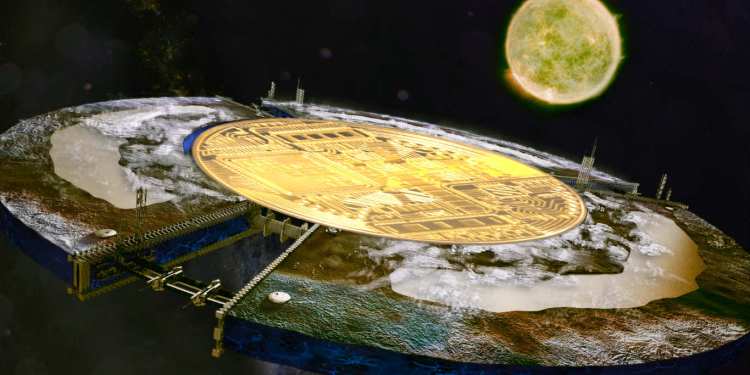 Crypto influencer and trader Elliot Wainman is naming seven small-cap altcoins that he believes are poised to erupt in the booming decentralized finance (DeFi) sector.

Wainman tells his 187,000 YouTube subscribers that he sees a lot of upside potential in decentralized API services protocol and Chainlink (LINK) competitor API3.

“Seeing the fact that API3 were leading Chainlink node runners and they know really the issues with Chainlink. Band [Protocol] is interesting but it’s not necessarily a V2 on Chainlink in any meaningful way and so for that reason, out of all these… my big, big bags are in API3 [and] Chainlink.”

Another coin on Wainman’s radar is the DeFi on-chain liquidity underwriter KeeperDAO (ROOK).

“Then we have another segment of DeFi which I am very passionate about which is KeeperDAO’s ROOK. This has to do with something called Miner Extractable Value or MEV. ROOK is a really interesting first mover…

The reason ROOK is popping is because it is a phenomenal project and I believe it is about to have a really, really big upswing because it’s about to end its emission phase. The new mining of ROOK is going to stop. You won’t be able to constantly get new ROOK for free and essentially have it come on to the markets.”

The next coin on Wainman’s list is a protocol designed to boost the revenue of Ethereum miners: Archer DAO (ARCH)

“It’s doing similar stuff to ROOK, not a direct competitor but similar stuff in helping miners extract more value and helping deal with the mempool, the transaction writing process in Ethereum. Both of these are set to do incredibly well.”

“All I can say is I’ve been bullish on [Phala Network] for a while. I think it will go higher. I don’t want to make a price prediction on Phala, but higher.”

Coming in at number five is RAMP, which is a cross-chain liquidity and stake farming protocol.

“I’m really bullish on RAMP. I think RAMP is going to be doing some really awesome things, bringing liquidity from other layer-ones to Ethereum through their rUSD minting. I think there’s a huge, huge through line for this, especially with its $27 million market cap. In this bull run, that’s not too high. That’s pretty low… For it to make a 5x [or] 10x from here would not surprise me.”

Wainman says that he’s also keeping tabs on Stafi (FIS) which touts itself as the “first DeFi protocol unlocking liquidity of staked assets.”

“Another project that I actually hold a decent amount of that I think is quite similar is Stafi. What they’re doing is they are freeing up liquidity from other chains as well. They have a similar idea to RAMP.

Stafi is short for Staking Finance. They allow you to unlock liquidity of staked assets. It’s similar to RAMP where you stake on one chain and you unlock that liquidity but they’re doing a little bit different with wrapped tokens instead of RAMP’s model.”

“They are doing actually more than what Augur did. Augur has a $120 million market cap. Prosper is making tens of thousands of dollars in revenue off of their DAO treasury as a tiny little microcap. Their market cap is only a few hundred thousands and they made $65,000 off of it in the first week… Prosper is interesting. I don’t want to overpush it.”