What Will Happen After the Last Bitcoin Is Mined?

by Oleg Kiyan
in HodlX 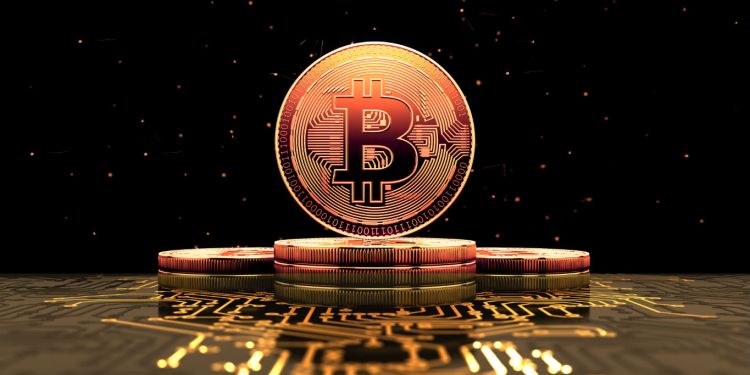 The cryptocurrency world continues to mature and grow, proving to the traditional financial system that it’s time for a change. Leading cryptocurrency Bitcoin is hitting all-time highs, setting new records. But we all know that Bitcoin’s emission is limited to 21 million coins and every four years, Bitcoin is subjected to halving, which reduces the miners’ reward by half.

Let’s think about what will happen to the global crypto ecosystem when the last coin is mined – how the industry will be transformed and whether it’ll be able to take root in the world of new finance.

The economic model, or a story about sad miners

So, there will be 21 million Bitcoin, each mined in about 10 minutes now. Miners initially received a reward of 50 coins for the new block production, and today the reward is now 6.25 BTC. Another halving will take place in another four years, and then miners will receive even less until all Bitcoin are released to the market. In 2140, only legends will remain about how it was possible to get Bitcoin without buying and making millions on mining.

But as sad as it may sound, this is the essence of Bitcoin’s economic model. On the day mining stops, the new block hunters will shut off their equipment and breathe a sigh of relief, which will mean the end of the race. Interestingly, the Bitcoin system will not sink into oblivion but will continue to exist in the already formed economic realities as a financial instrument. The cryptocurrency will be used in the daily routine – to pay for products and services, for transfers around the world, etc.

This will be the day when Bitcoin becomes a real adult and begins its world tour in the digital gold status. All coins have been mined, the market feels the deficit’s formation and, as a result, the coin’s rate will confidently rush up.

I’d like to consider an interesting hypothesis, which may have been the basis of Satoshi Nakamoto’s idea in 2009. At that time, the total amount of all money reached $50 trillion. Dividing this money by 21 million (total BTC), we get approximately $2.381 million for one coin. It sounds strange, but we’ll consider this as the maximum plan for the new economic system implementation.

I agree that the sum is rather big, and it may seem that Bitcoin can be compared with gold only for storing large amounts. But we also know that Bitcoin is better than gold since it can be used as a payment method because BTC is divided not into hundredths but a hundred-millionth. And so, the possible rate of $2.381 million is divided by 100 million, and we get the Satoshi rate equal to 2.381 US cents. Such an idea fits perfectly into the active life of future finances, and before its possible success, humanity will survive another 31 halvings.

I draw your attention to the fact that $2.381 million for one BTC is an ideal picture in an ideal world. But I don’t see unicorns around. Therefore, we return to reality. There are many lost Bitcoins in the world – someone forgot the keys to the wallet, someone lost access to them and someone completely forgot that back in 2010, he had BTC.

Thus, there will be fewer than 21 million coins in the world, and new ones will not appear. The price will go up faster, but it’s unlikely to reach $2 million even by 2200. But against this background, fraud will also intensify – speculation and new schemes will lure money from honest people, fake Bitcoin will appear, and this is just the tip of the iceberg. The regulators will face a difficult task – to adapt the legislation to the new realities, or better – to develop universal international law because cryptocurrencies are already one of globalization’s facets.

There are several more scenarios for the development of events in the crypto world after all BTC will be available for transactions. By the way, the most likely of them is an increase in the cost of commissions since miners will rush to grab this tidbit – because there will be no opportunity to make money on mining.

The industry is also discussing the option of making changes to the Bitcoin code in order to increase the coins’ emission. But even if someone succeeds, the cryptocurrency will crash as inflation will destroy its economic model. Miners will begin to actively mine BTC amid falling rates, which will happen due to users’ distrust of the code’s immutability. Thus, the capitalization of the first cryptocurrency will tend to zero, and the industry will devalue in a matter of months.

However, I believe that the most likely scenario is the switch of miners’ attention to other assets that work on algorithms that don’t require expensive equipment. Of course, earnings will not be as large as in the early years of Bitcoin’s development, but there will be more alternative coins on the market. Based on this position, we can confidently predict a new wave of mining popularity.

I heard an opinion from people outside the crypto world that after the end of the classic mining era, cryptocurrencies will lose their popularity and become unnecessary. However, let’s compare them with fiat funds – today, cash seems to be something from the past. Do you think that in 2100 there will still be those who will use papers? Moreover, humanity strives for independence from states and the destruction of financial borders. Crypto assets are ideal as a modern financial instrument.

Of course, Bitcoin mining is a complex process that depends on many factors. That’s why there are many theories regarding the BTC future and we can only guess what will happen after the last Bitcoin will be mined. And don’t forget about the mysterious Satoshi Nakamoto, who may suddenly appear again and completely change the entire industry. How exactly? It’s not clear, but the situation will be very interesting.