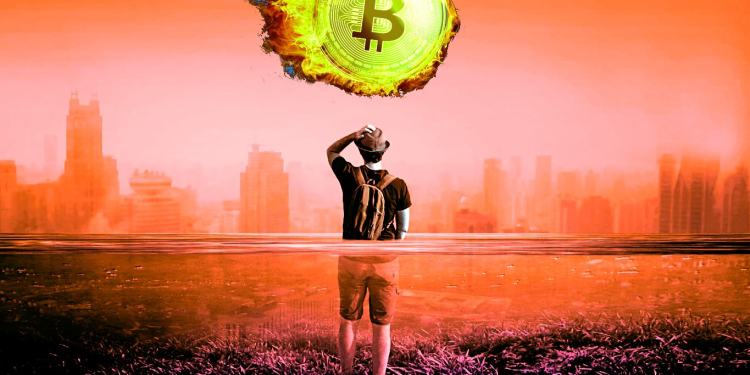 MicroStrategy chief executive Michael Saylor says Bitcoin has the potential to rise by a factor of 1,000.

In a new interview on the Unchained Podcast, the head of the publicly-traded business intelligence giant says traders are so concerned about Bitcoin’s technicals that they fail to see one fundamental issue.

“None of the trading matters. None of the volatility matters. People that are living in their little world, studying their Fibonacci retracements and preaching with incredible conviction about the upcoming expected 60% retracement or 80% retracement, they are overlooking this fundamental issue, which is if Bitcoin is a digital monetary network and if enough people with money and power decide to adopt it, it’s going to go up and increase by a factor of a 100 or 1,000. And there’s nothing you can do to stop it.”

Saylor takes it a step further and explains why he believes Bitcoin’s past price action, with it’s big rallies and subsequent crashes, is irrelevant to its future.

“Looking back makes no sense. The only question you gotta ask yourself, ‘How much Bitcoin is Square Cash going to sell in 2021 on the mobile app?’ That’s the question. How much is PayPal going to sell? Because PayPal and Square are going to obliterate everybody else’s opinion about what they think should happen.”

MicroStrategy has built a massive Bitcoin position to the tune of 70,784 BTC worth $2.2 billion, according to Bitcoin Treasuries. Saylor says he decided to bet big on BTC simply because he sees no better asset on earth.

“Bitcoin is the apex monetary asset, if you define money thermodynamically or mathematically or based on any engineering principle. You’ve got a swimming pool and it’s got a leak in it and 15% of the water drains out of it every year and the other swimming pool has no leak in it. One of the two swimming pools is technically superior as a swimming pool.

[Bitcoin] is a technically superior asset. I bought it because I was selling inferior assets. I’m selling the dollar to buy Bitcoin. I’m selling a stock. I’m selling gold, not buying and selling. The issue really is why would I sell the superior thing to buy the inferior thing?”