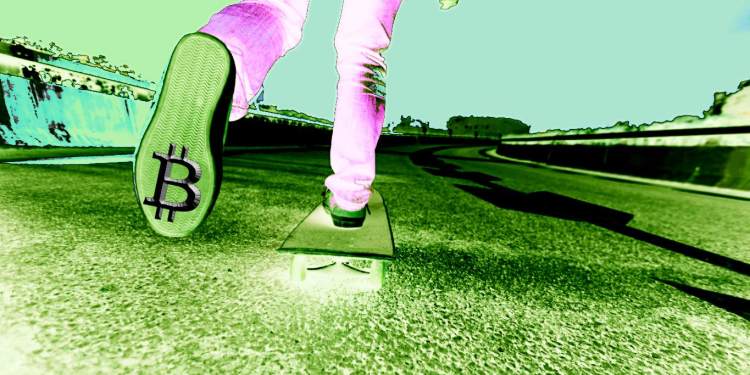 The CEO and co-founder of crypto exchange Binance, Changpeng Zhao, is predicting that the Bitcoin rally has a lot more room to run.

In a new interview with Crypto Banter, Zhao, also known as CZ, estimates that the current Bitcoin bull cycle may not see its peak until 2024.

I kind of predict that we are just in the flat part of the wave. The big wave hasn’t come in yet.”

The Binance CEO says that the current crypto market cycle, which has attracted a more diverse set of participants, appears to be in the discovery phase.

“Now, we are basically in discovery territory again. Bitcoin broke the previous all-time high which was there for three years.

Now, we are in the $30,000+ territory, so we went to $42,000 and are coming back… This time around we see a lot more users, a lot more institutional participation. Before this was the peak, now this is the foundation.”

Zhao believes BTC could appreciate by between five to twenty times its current price within several years.

The Binance CEO explains that his forecast is informed by Bitcoin’s price history over the last decade.

When asked whether he would categorize the volume we are currently seeing in the crypto markets as “mania”, CZ says he does not believe the sector is at that level quite yet.

“Based on the data I can see, I don’t think we’ve seen the mania just yet… Even though the price has caught up to the previous peak, people are coming in more much more steadily. On a day-to-day basis we don’t see a super big spike of new users coming in… even though the prices go [parabolic] we haven’t seen the user sign-ups take that kind of peak.”