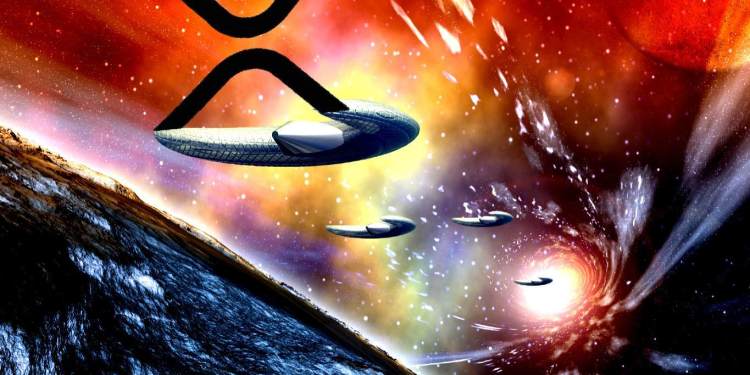 A veteran trader who has attained legendary status in crypto circles after nailing Bitcoin’s collapse in January of 2018 says XRP is poised to wake up from its long bear winter.

In a new tweet, Peter Brandt tells his 430,900 followers that Ripple’s native asset is forming a large reversal pattern that may ignite XRP’s bid to catch up to its large-cap peers.

Although Brandt says XRP is showing signs that it may finally launch its bull cycle, he is still staying away from the seventh-largest crypto asset.

“I do not trade OTC (over the counter) securities. If I did trade such securities, XRP would be of interest. XRP is a security issued by Ripple Labs.”

Brandt has been known to distance himself from XRP. In a strategy session in January, the veteran trader notes that while XRP may eventually erupt, he’s still not convinced that it is a long-term investment.

“I know many of you are Ripple fans, XRP fans. I’m sorry, I just can’t get all excited about that. I’ve talked about that in the past with you many times. For me, this is a Bitcoin story. Bitcoin is the legacy coin. I don’t want to be sidetracked because I think the granddaddy of them all is going to continue to be Bitcoin.

… XRP may very well be a boomer, but it’s also going to be a buster. So my focus will continue to be on Bitcoin and I’ll look at Bitcoin as the litmus test of everything else.”

As for Bitcoin, the trader is long-term bullish on the leading crypto asset as he predicts it can soar as high as $240,000 before the current bull market is over.