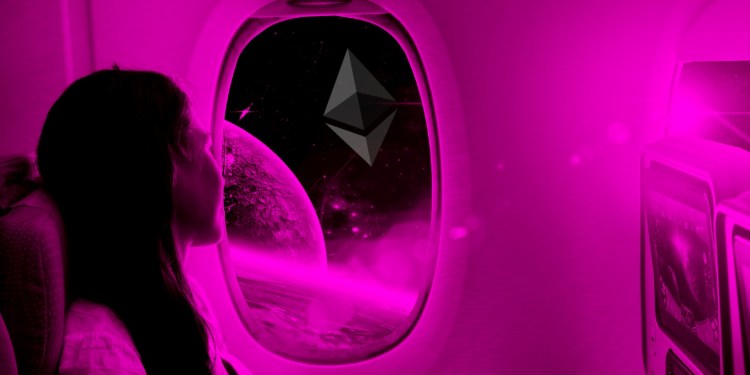 In a new interview with Real Vision, Antonopoulos says Ethereum’s vast amount of potential use cases makes it hard to pinpoint exactly what’s in store for the world’s second-largest cryptocurrency by market cap.

He says that while Bitcoin’s design is comparatively simple, Ethereum goes for general purpose, open-ended programs. He says this makes Ethereum more versatile, but at a cost.

“The cost is that in order for that system to be able to evolve, you have to have much faster iteration. You will stumble many times on that path. You’re going to have some spectacular and catastrophic losses. It’s even– it’s the Wild West of the Wild West. It’s Dodge City…”

Antonopoulos says the number of things that Ethereum is capable of makes for confusing market narratives.

“The future of Ethereum, of course, is much more uncertain than that of Bitcoin. Because Ethereum’s use cases is so much more open, because it’s a programmable blockchain with so many different possibilities, you tend to get whiplash if you tried to pay attention to what’s the current model of what Ethereum is pursuing right now. Is it ICOs, like it was in 2017? Is it tokens, like it was shortly before and shortly after? Is it decentralized finance, which it’s been doing for the last 2 and 1/2, three years? Is it non-fungible tokens? The simple answer is all of the above, and whatever sticks. And that can be disorienting, confusing, and very much look like a scattershot approach to innovation.”

Antonopoulos adds that the crypto space will have to endure new regulatory precedents, but doesn’t necessarily see it as a bad thing.

“Well, the introduction of blockchains in 2009 basically just demolished all the walls, and it gave the ability to anyone to innovate without permission, without authorization, and without oversight, and go in any direction they wanted, and throw something out there in the world that is, from the get-go, global, robust, unforgeable, and scalable. And, of course, that throws a big old disruptive monkey wrench in the entire established regulatory framework…”

“The bottom line is that we have to embrace both the good and the bad of unfettered, wide-open innovation. The good, we are now seeing the greatest level of innovation in cryptography, in distributed systems, and in financial services that we have seen in the past 300, 400 years… And at the same time, we’re seeing the most audacious scams, and Ponzi schemes, and pyramid schemes, and thefts that are happening and a lot of naive buyers and investors getting bamboozled. So there is a lot of defensiveness there. I’ll tell you something. My ability to look at the technology that exists in other systems and say, I can be interested in the technology without thinking it’s a good investment, as well as I can be interested in this technology without assuming that it’s necessarily going to win or survive, comes from conviction and understanding of the strengths and market fit that Bitcoin already has.”