IoT Industry Migrates to Polkadot – What to Expect 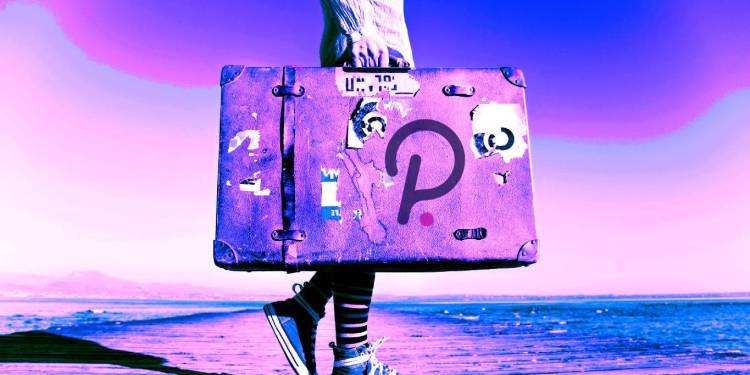 The launch of parachains on the ambitious Polkadot project scheduled for the first quarter of 2021 has set off a quest to merge blockchain technology with IoT services, allowing developers to finally explore the benefits of the scalable multi-chain architecture.

At the same time, the interoperability protocol based on Substrate now finds itself in fourth place in terms of capitalization among other blockchain-based projects and has practically become a household name for crypto media publications. Polkadot is now considered to be the largest Ethereum competitor in the field – a one-of-a-kind platform with an extremely broad spectrum of applications.

A good example of such applications on Polkadot is perfectly outlined by 21Shares and the launch of their exchange oriented product for institutional investors, which has attracted financial behemoths like Goldman Sachs, JPMorgan and UBS among its first clients. In other words, the rise of Polkadot has become indisputable, and industry leaders like James Wo, the founder of Digital Finance Group, serve as proof of it. Wo, who recently launched a new $20 million fund that aims to finance projects on the parachain, says,

“Scalability and interoperability advantages of Polkadot are set to fuel blockchain integration.”

IoT – the best use case?

Nevertheless, Polkadot’s multi-blockchain technology is valued not only by the DeFi projects, which are currently rightfully considered to be the main interested body, but also by blockchain developers who work in the field of IoT. By connecting such devices to Polkadot’s parachain, developers achieve the level of security that is not possible with conventional cloud-based AWS IoT and Azure IoT systems. At the same time, projects retain other functionality that blockchain platforms offer, including access to smart contracts and tokenization of data transmitted between IoT devices.

The road map published in February 2021 highlights that the rollout of parachains and auction slots is at its final stages, with finishing touches remaining. This first stage allows developers to test the mechanism of interactions between parachains, while the second stage will be fully devoted to voting for the parachains to be included in the Kusama network.

Kusama is the current and active network with operational economic incentives, designed to test Polkadot’s network functionality. Similar to other blockchain networks, it is economically governed by its own token Kusama (KSM), which experienced an increase in price of over 70% in the wake of the upcoming auctions. During the auctions, IoT developers will be able to secure the network’s transactional slots from a half-year to a two-year period.

According to calculations released by Robonomics, which is one of three main IoT projects on Polkadot, the market price for a two-year Kusama slot is set to be $480K, offering an expected return to its holders of around $50 million within the given time period.

As for the Polkadot slot rent and DOT token holders’ returns, Robonomics predicts values to reach $3.2 million and $650 million respectively. These calculations can be accessed in a separate study conducted by the aforementioned team behind Robonomics. The platform was developed much earlier than the rise of Polkadot and concentrates on IoT robotics and Web3 technologies. Now the Robonomics team is awaiting the Rococo V1 Parachains Testnet to go live.

This forecast is supported by the substantial size of the connected IoT devices market and the transactional bandwidth capacity of the given networks. One slot of the Kusama network is capable of serving nothing less than 10,000 digital twins of the IoT devices, while a slot in the Polkadot Relay Chain boasts a bandwidth of one million free “spaces” for devices of all possible purposes.

In layman’s terms, this means that one million cyber-physical devices will become separate entities on the blockchain and will be able to participate in on-chain market economies of delivery services, environmental monitoring and many more. Other functions of such devices will include cryptocurrency transactions, smart contracts setup and interaction with users via decentralized applications.

Such a move to a multi-blockchain ecosystem solves two problems that IoT devices are faced with – scalability and security. Terabytes of data generated by IoT devices will finally get a chance to be properly secured from hack attempts, allowing for wide-scale application in manufacturing and smart cities. At the same time, the price of connecting a device to Polkadot, as per Robonomics’ forecast, will be comparable to the prices set by cloud platforms – about $10 per month.

The founder of Robonomics, Sergei Lonshakov, believes that Polkadot is set to boost the development of open blockchains that have a number of incremental benefits compared to the private, conventional blockchains we are used to. He further states that the future of collective governance should not be built around enterprise blockchains but around the distributed ledger ecosystems like Polkadot, which is more cost-effective for the end-user.

As a reminder, Polkadot raised $145 million in a token sale held in 2017 and two years later conducted another round that pushed the project to a $1.2 billion valuation. At the time of publication, the network serves 370 projects, while the actual cross-chain is in the top 10 blockchain projects by market valuation.

Diana King is a PR and communication specialist for crypto and tech projects, journalist and producer.