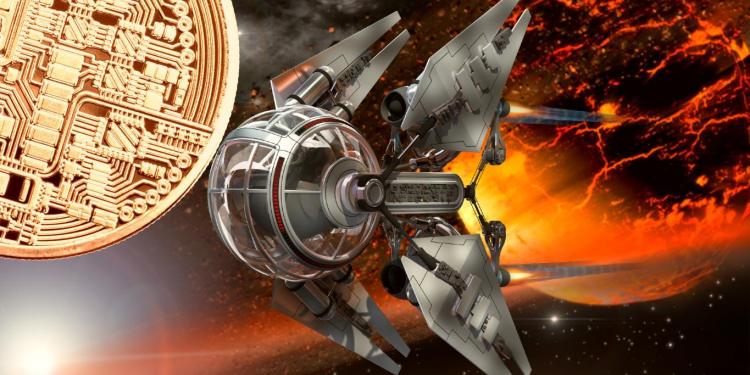 Dallas Mavericks owner and billionaire entrepreneur Mark Cuban says one widely-followed and controversial altcoin is poised to skyrocket in value.

In a new tweet, the Shark Tank star tells his 8.2 million followers that he believes Dogecoin (DOGE) is set to ascend 1,900% from its current price of $0.05.

“The Dallas Mavs have done more than 20,000 Dogecoin in transactions, making us the largest Dogecoin merchant in the world. We thank all of you and can only say that if we sell another 6,556,000,000 DOGECOIN worth of Mavs merch, Dogecoin will definitely hit $1!”

Last week, the Dallas Mavericks owner revealed that his NBA team decided to accept DOGE as payment for game tickets and merchandise.

Cuban’s bullish statements on the coin that began as a joke in 2013 come amid reports that the NBA has created a blockchain advisory that will explore how the league can use blockchain technology for business applications.

Citing people familiar with the matter, sports and business media outlet Sportico reports that Cuban and other billionaire league owners including Joe Tsai of the Brooklyn Nets, Ted Leonsis of the Washington Wizards, Steve Pagliuca of the Boston Celtics, Vivek Ranadivé of the Sacramento Kings and Ryan Sweeney of the Utah Jazz compose the Blockchain Advisory Subcommittee.

The basketball league reportedly created the group following the rising popularity of NBA Top Shot, which is a blockchain-based platform that sells digital collectibles such as NBA highlights and artwork. Cuban says the initiative has “very little to do” with the digital collectibles though.

“It’s about blockchain applications, of which Flow is just one option.”

NBA Top Shot is owned by Dapper Labs, the company behind Flow, a protocol designed for gaming and non-fungible token (NFT) use cases.