Bitcoin Is Looking Good on Balance Sheets – What’s Driving Its Wider Acceptance as a Financial Asset?

by Max Petrovsky
in HodlX 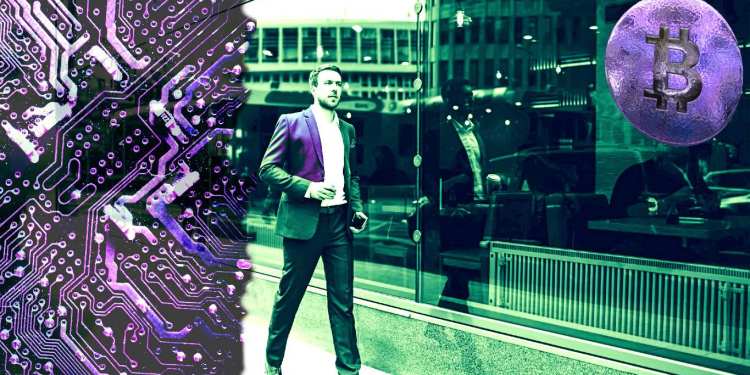 Amidst volatile markets, Bitcoin is gaining recognition as a new financial asset. With a growing number of public companies acquiring Bitcoin, and speculation on who will join the ranks of Square and Tesla next, we take a step back to understand how cryptocurrencies have emerged as a custody solution for corporations – and is this trend likely to grow?

Bitcoin is gaining more and more mainstream acceptance every year. In less than two months, the leading cryptocurrency went from a $350-billion market in December, to passing the $1-trillion market cap by February following a 2020 rally to all-time highs. Beyond new institutional money coming in, there are many factors fueling Bitcoin’s growth.

Despite some regulator efforts to undermine the potential of Bitcoin, corporations have come to accept that at least Bitcoin, the largest cryptocurrency by market cap, is sufficiently safe. And with good reason, since according to the 2021 Crypto Crime Report of blockchain analysis firm Chainalysis, the proportion of cryptocurrency-related crime fell significantly last year.

Until recently, corporations have been wary of Bitcoin, because it operates in a different way from traditional financial markets. Many still can’t come to terms with Bitcoin’s decentralized nature, but many have come to accept it as a working solution.

Consider the number of people involved in the Bitcoin economy. Just the volume of electricity consumed for Bitcoin mining is comparable to electricity consumption in a mid-sized European country. The same goes for the number of wallets, ranging from 60 to 100 million according to recent estimates by Coinbase and Blockchain.com. Having reached for the first time this year $1 trillion in market value, Bitcoin is now reaching the ranks of a huge decentralized corporation, comparable to US tech giants Apple ($2.05T), Microsoft ($1.79T) or Tesla ($671.5B).

At this point, buying Bitcoin is not unlike buying Microsoft shares. Certainly, Bitcoin isn’t as popular as Microsoft shares just yet, but as it is maturing into a store of value, it’s becoming attractive to large corporations and institutions worldwide.

According to recent JPMorgan research, 58% of investors say Bitcoin is here to stay and 22% say their firms are likely to trade or invest in crypto. And this shouldn’t come as a surprise. Major companies are buying this asset – true, a volatile one – but Tesla shares, for instance, are just about as volatile as Bitcoin. Overall, the volatility of the stock market is just about the same as that of crypto markets.

Bitcoin is already used as a hedging tool against a possible decline in the stock market. If the stock market collapses, which is a scenario that can’t be ruled out due to an excessive amount of US dollars in circulation, assets like gold or Bitcoin could provide some security. And there are clear indicators that Bitcoin is used more and more widely with companies like Apple Pay, PayPal and Mastercard bringing Bitcoin to their networks. Also, Bitcoin exchange-traded funds (ETF) have launched in Canada, and regulators are deliberating launching them in the United States as well.

At this point, mostly corporations led by innovators such as Elon Musk are investing in crypto, but more traditional companies are likely to follow in their footsteps as crypto continues to gain wider acceptance. Many investors view Bitcoin as a volatile, but also rapidly growing, regular financial asset. And moving forward, Bitcoin is likely to become a part of more investors’ portfolios, just like any other stock out there.

Max Petrovsky is the head of growth and strategy at Waves.