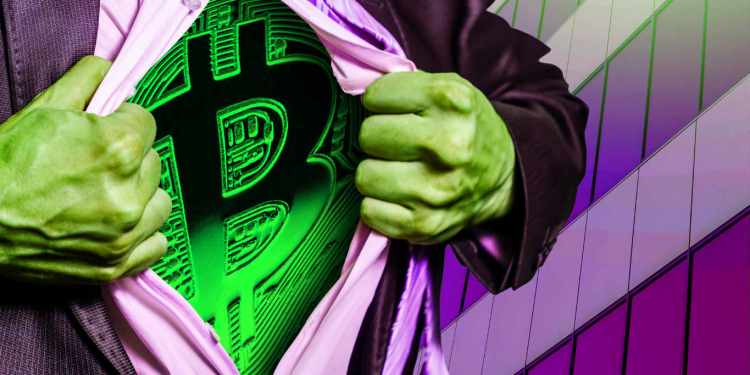 Noted Bitcoin bulls Michael Saylor and Max Keiser are jumping to Bitcoin’s defense as critics lambast the king coin for its energy consumption.

Although some see Bitcoin as a wasteful energy consumer, Saylor, who currently heads business intelligence firm MicroStrategy, argues that Bitcoin’s use of energy is what has kept the decentralized network secure for more than ten years and enabled its adoption on a global scale.

“Am I concerned about the use of energy in Bitcoin, no actually. I feel like Bitcoin is protected by a wall of encrypted energy and the fact that there’s a lot of energy involved I think is a good thing. It creates security for the network.

If we had 12 servers… and we were trusting those 12 servers to protect $200 billion I would think that’s much riskier. I’m not really interested in finding quick eloquent cheap shortcuts to protecting all the money in the world.”

Saylor also points out that Bitcoin miners, those who spend energy to confirm transactions on the blockchain, generally set up shop in areas where they can utilize green electricity that may have otherwise been wasted.

“Bitcoin miners go to the end of the earth, to the end of the grid. They’re using energy that otherwise would have been wasted. It’s either wasted hydroelectric energy, or for example natural gas wells that are about to be closed in and they either have to close them in or flare them…

I think they’re recycling marginal energy in order to create a digital monetary system that’s capable of holding all the money on earth and so what’s wrong with that idea? I can’t figure that out. It seems totally rational to me.”

On Swan Signal, Keiser outlines why he believes BTC will likely lead the world towards a more energy efficient solution for protecting the world’s money.

“People say what backs the dollar? And according to [economist] Paul Krugman in the NY Times, he says the Pentagon or men with guns. The Pentagon, just to keep the Pentagon fueled with gas for their tanks, jets, etcetera is $250 million a day…

The US foreign policy is we want you to start using the dollar and if you don’t we’re going to bomb and murder your people. That’s our foreign policy. That’s what it’s been for decades and that’s all very inefficient.”

“Bitcoin is moving the industry towards renewables. You know the cheapest energy in the world right now is solar and wind and that’s what Bitcoin is tapping into… Renewables are really on the upsurge.

That idea that bitcoin is boiling the oceans or that it’s a waste of energy is diametrically wrong. It’s 180 degrees wrong. It’s wrong. Bitcoin is actually green. It’s a green industry if you understand the dynamics of the global energy grid and how this is moving away from fossil towards renewable. Renewable is the cheapest.”