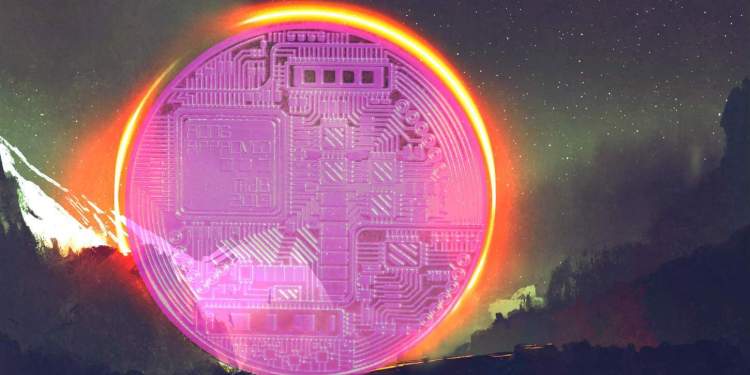 In a new video, the analyst known in the industry as BitBoy says the first token he’s looking at is Chiliz (CHZ), an NFT platform focused on fan tokens for sports teams.

“Now they’re getting ready to jump possibly into the football league, the National Football League (NFL) in America, that’s at least the rumor. They also recently opened a New York office which coincidentally is where almost every major sports league including the NFL has their main office. Right now, Chiliz has moved from barely the top 200 all the way to the top 40, but still has top 20 potential.”

Coming in at number two, Armstrong says he’s kicking himself for not investing in ECOMI (OMI) sooner.

ECOMI has an already-active app called VeVe that sells digital collectibles. VeVe reportedly has partnerships with comic book franchises such as Batman, Superman and Wonder Woman, as well as sports leagues like the NFL and Major League Baseball (MLB).

“The ECOMI token, OMI, will be the currency of the VeVe app [used] to buy these digital collectibles. As the NFT market blows up, legit companies with digital collectibles will certainly be the biggest winners. And who’s a bigger winner than Batman? I mean obviously BitBoy, but it’s whatever.”

The coin that Armstrong refers to as his “number one overall NFT moon pick” is Ethernity (ERN). Ethernity is a platform for limited edition trading cards by up-and-coming artists, authenticated by icons. Users can also buy or sell the cards with one click through Uniswap.

“I believe this one has the absolute most potential long term and short term which is why I’m invested in it. Ethernity just launched last week and has had a correction already in the last couple of days. So short-term it’s already at a good entry point. Looking at what the hottest NFT projects have done in the last few weeks, it’s easy to see why ERN has so much potential. It’s coming in at number 365 compared to ECOMI and Chiliz which are already in the top 60 overall. If Ethernity were to see a similar pump to Chiliz and ECOMI which I think is possible, we could be looking at a 40x.”

Armstrong mentions that some influential names are teaming up with Ethernity, including the owner of the Philadelphia 76ers Michael Rubin, skateboard legend Tony Hawk and soccer stars Paolo Maldini and Christian Vieri.

“Also, another major NFT platform and coin we’ve looked at in the past, Terra Virtua, has announced a strategic partnership with Ethernity. Together, these two projects will become leaders in the NFT space. It’s exciting times and Ethernity to me, is the top project with potential in the space right now.”