The ‘Inevitable’ Institutionalization of the Cryptocurrency Space

by Jay Hao
in HodlX 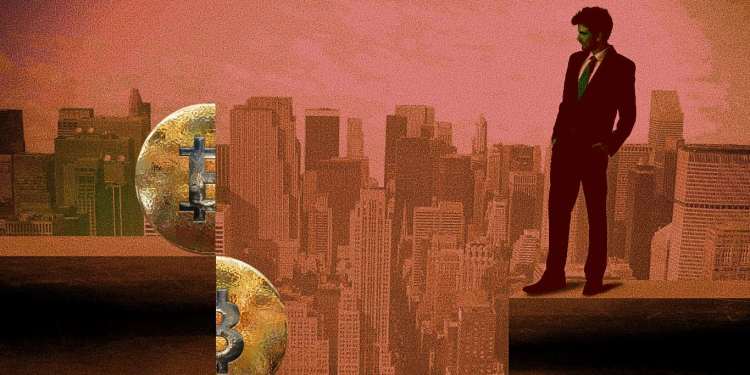 Just after adding the Bitcoin symbol to his Twitter profile page, Elon Musk wrote a tweet that will eventually go down in the history books – “In retrospect, it was inevitable.” We may not be able to state with 100% certainty that he was referring to his change of stance on cryptocurrency, but it seems overwhelmingly likely that he was.

The next day, the news that Tesla had purchased $1.5 billion of BTC and planned to accept BTC as payment for its cars came out. Tesla may not have been the first publicly-listed entity to buy BTC as a balance sheet asset. But it was the most significant, as the most highly valued car company in the world – owned by the richest person on the planet.

The Tesla news moved the market, and BTC quickly saw itself propelled to a new all-time high above $58K. Other major announcements from global players, from Mastercard to BNY Mellon, quickly followed, and a trend that had been fueled by MicroStrategy’s Michael Saylor was ignited in earnest.

The “inevitable” institutionalization of the cryptocurrency space is upon us and participants in the ecosystem must respond to their needs – or watch themselves being left in the dust.

It hasn’t been an easy ride to get here. Even as the industry was making great strides and BTC climbed to almost $20K in December 2017, the largest financial institutions and leading analysts in the world were still labeling BTC as a scam. Lack of regulation in the space led to a plethora of Ponzi schemes and vaporware projects that saw many an investor duped out of their money.

Cryptocurrency was still being called the “Wild West,” and the many narratives against it included ties to illicit activity and a speculative bubble. Back then, the institutionalization of the space seemed unlikely at best – a distant dream at worst. Of course, Bitcoin’s ability for astronomical capital appreciation caught the eye of institutional investors. But there was a long way to go before they would be able to throw their hats into the ring.

In order to shrug off Bitcoin’s association with the Silk Road and being a vehicle for illicit activity, interested parties needed to change the narrative. Throughout the lengthy bear market that followed, “Blockchain, not Bitcoin,” became the standard reply from the multiple banks, financial institutions and household names experimenting with the technology.

JPMorgan quickly changed its tune about cryptocurrency and started work on one of its own – JPM Coin built on the Ethereum blockchain. Gradually, then suddenly, we arrived at the point we’re at now with some major analysts calling for a $300K BTC by the end of this year, and others making the case for $1 million BTC.

With the market cap back over $1 trillion at the time of writing, more companies accumulating BTC as a balance sheet asset or a hedge against inflation, and the $1.9 trillion stimulus bill just passed in the US, it feels as if the domino effect is just getting started. And in retrospect, it was inevitable.

Is crypto ready for institutions?

Now that institutional demand has been confirmed, most participants in the cryptocurrency industry need to take a deep look inward and ask themselves whether they are truly ready. After all, institutional investors have different needs from the retail investors most firms are used to catering toward.

Simple tools and uncomplicated infrastructure, from high-frequency trading to crypto custody, need to be overhauled to accommodate the requirements of this new group. One key way to retain the interest of the institutions is by providing them with the same sophisticated trading tools they are used to in traditional financial markets.

They can unify all their assets and trade with any instrument, which means that they can use all their purchasing power to magnify potential gains. Besides being able to take larger positions and maximize margin, one significant advantage of this is that traders no longer need to own a certain crypto asset in order to trade it. They can simply use any of the digital assets in their portfolio as collateral.

Having access to sophisticated solutions like this makes trading far more convenient and efficient. Large traders can really focus on trading rather than all the operational overhead they had to deal with before. They can also avoid paying excess fees each time they buy a new asset.

The institutionalization of the space is here and it may have been inevitable. But if we are serious about accommodating the needs of this new group, we must be ready to adapt. Offering sophisticated trading tools and enhanced risk management is one of many ways that we can keep the institutional money in crypto – and attract more of it.

As the transfer of wealth from gold to BTC continues in the coming years and retail hands the baton over to the institutions, the cryptocurrency industry will start to change again beyond recognition – and those who fail to step up to the plate will have to stand back in the shadows.

Jay Hao is a tech veteran and seasoned industry leader. Prior to OKEx, he focused on blockchain-driven applications for live video streaming and mobile gaming. Before tapping into the blockchain industry, he already had 21 years of solid experience in the semiconductor industry. He is also a recognized leader with successful experiences in product management. As CEO of OKEx and a firm believer in blockchain, Jay foresees that the technology will eliminate transaction barriers, elevate efficiency and eventually make a substantial impact on the global economy.