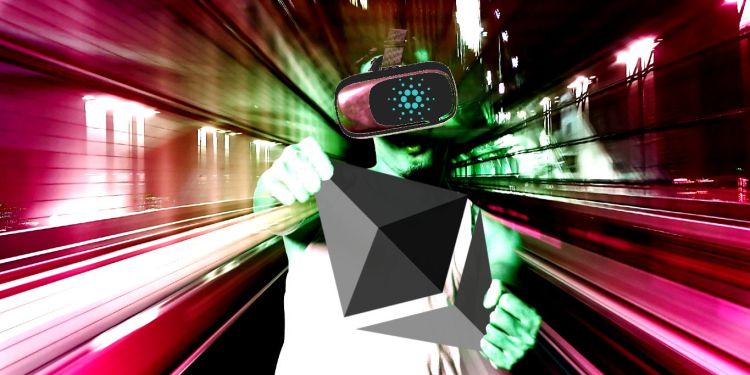 Popular crypto analyst Lark Davis is weighing in on the Cardano vs. Ethereum debate.

In a new overview of the high-profile crypto assets, Davis dives into the pros and cons of each smart contract platform.

Ethereum (ETH), the trader explains, is obviously the current frontrunner.

“Ethereum is maintained by the largest decentralized development community in the blockchain space. Way ahead in terms of developer – like miles ahead of the nearest chain, which is Bitcoin, and so far ahead of the other smart contract platforms as to be barely even a relevant metric due to Ethereum’s supremacy in this regard.

Upgrades on the Ethereum network have been reactive over time, though, instead of proactive. Basically Ethereum’s approach has been to fix things as they go wrong or need improving. There have not been any real significant upgrades made to the network in a few years. That being said, Ethereum is right now in the process of the biggest upgrade in its history, called ETH 2.0.”

Davis notes the upgrade will ditch Ethereum’s proof-of-work system and implement staking, as well as improve scalability and make it easier to build and use applications on the platform.

On the flip side, the analyst explains that Cardano (ADA) uses a newer and easier-to-work-with coding language designed to open up the blockchain world to more users and use cases. However, due to the gradual, multi-stage implementation of IOHK, the technology company behind the Cardano ecosystem, there is still not a fully functional smart contract environment on the Cardano blockchain.

“Everything being developed at IOHK is based on peer-reviewed, transparent, academic research. Now this is done to enable development using only evidence-based methods. Sounds pretty cool, right? However, this has resulted in a much slower-to-market strategy for Cardano, which is why four years later we still don’t have smart contracts, even though we’re getting very, very close.”

Comparing the two, Davis notes there are more decentralized applications on Ethereum than there are on every other blockchain combined. Cardano has no public applications available. He also says that Cardano has far fewer partnerships than Ethereum, though he notes that the blockchain platform does have a few quality partners, such as professional services network PriceWaterhouseCoopers (PwC).

In terms of operations, however, Davis, notes that Ethereum is slow and expensive.

“Cardano, by contrast, [is] dirt cheap, fast as hell, but you can’t really do anything with it right now except just stake it.”

“I do subscribe personally to the one network, many chains theory, but if I have to make a call, gun to my head, it’s going to be Ethereum. Right now and for the foreseeable future, I think Ethereum is going to be the winner…

Right now Ethereum is so incredibly far ahead in terms of network effect and developers and wallets and applications and all of these things. And yes, things can change quickly, but things are changing quickly right now for Ethereum also, so keep that in mind.

Optimism, a major scaling solution for Ethereum, [is] only a few weeks away from deploying right now. And Ethereum 2.0? Really not that far away, maybe another year or so. Will Cardano really catch up and pass the insane network effect of Ethereum in a year’s time?”