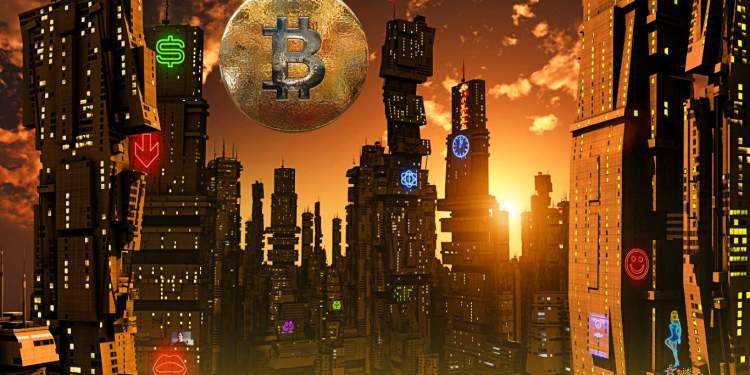 In a new interview on Real Vision Finance, Brandt says Bitcoin could erupt nearly 260% from its current price of $56,000. According to the veteran analyst, the current logarithmic charts look like they did during the 2017 bull market just before Bitcoin’s big move upward.

“I think we’re in that midpoint pause where in 2017 Bitcoin swirled around for a month or two before we saw the final move up, and you’ll note that the midpoint in the 2015 to 2017 bull market was at about one-half or 60% of the total move. If that’s true, that points to the type of price level… That $200,000 plus is where this market would take it if this chart interpretation is correct.”

Brandt also asserts that Bitcoin’s price action is unprecedented, adding that anyone who is paying attention to the asset’s meteoric rise is witnessing history in the making.

“If somebody would’ve told me that there would be a market during my lifetime that would not only experience a parabolic advance but experience four parabolic advances, not just on an arithmetic scale but on a log scale, I would’ve bet my life against it. This is just unbelievable. People get caught up in the daily motion and the daily moment of Bitcoin without realizing we’re seeing a market advance unlike anything we’ve really seen before. To have four parabolic advances on a log scale in the course of a ten-year period is just unheard of. I would challenge anybody to find a price chart of any asset or any commodity that has gone through this.

So we’re really witnessing history. This is history in the making, this is something that history books will be written on. As a trader, it’s just unbelievable that I can participate in a market that is going through a situation like this. This is just spectacular, this is a spectacular ride, and everybody that’s involved in Bitcoin can know they’re really taking part in history.”

The seasoned trader reveals that Bitcoin has fundamentally changed the way he views his net worth. Brandt no longer measures his wealth in dollars, but rather in BTC.

“My mindset has really changed. Bitcoin is where I want all my wealth at some point in time. I really look at it very different, because if my goal as a trader has been to accumulate more US dollars, what that now tells me is I had the wrong goal, because my goal was to accumulate the weakest asset in the world, the most depreciating asset in the world, and that’s US dollars. So my mindset has really changed within the last year in terms of moving from Bitcoin as a trade to Bitcoin as a measure of wealth.”